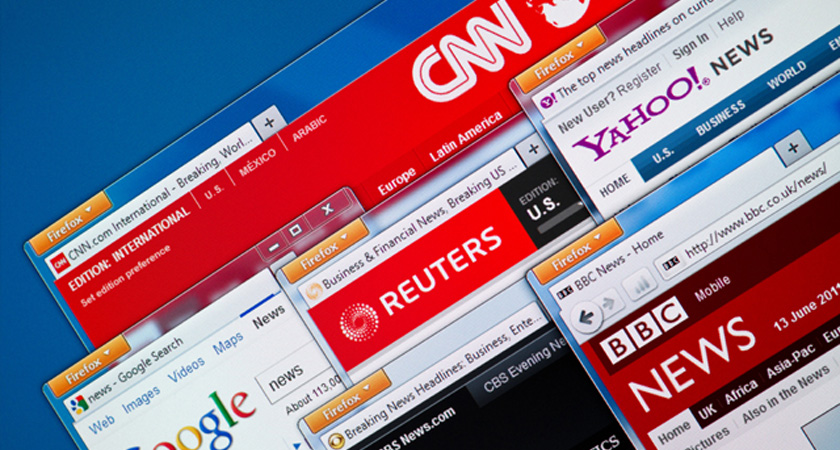 The lack of empathy for Palestinian children has been portrayed again in recent news as CNN failed to mention the 16 Palestinian murdered children in their headlines. Around six vaguely-termed headlines were written on Israel’s deadly attack on Gaza in CNN’s World news section, two of which are video reports that are thematically framed.

Six headlines are not enough to reflect the severity of the situation. The number of notifications broadcasted reporting on Ukraine is extensive, but barely any were shared when Israel attacked Gaza.

It bares the problematic question; Are Palestinian lives not as important?

One example is a three-minute report released on August 8th by CNN showing the scars of a wounded 14-year-old Ukrainian.

These stories must be told, but what about Palestinian children?

It is not in an attempt to belittle the trauma of Ukrainians at this time but to understand there are more stories to be told. And more awareness to be shared.

CNN reported that the Palestinian health ministry “initially” said Israel was behind it. Suggesting the ministry is not a reliable source and went on to defend Israel. By referring to Israeli authorities that say,“ it was the result of errant rocket fire, and released a video showing what it said was the Islamic Jihad rocket sharply changing course in the air and hitting the building.”

Islamic Jihad is considered a resistance and defence group by many Palestinians, unlike the linking to terrorism that CNN insists on.

“The response from the Iran-backed group marked another escalation in a weekend of violence that has left dozens of people dead in Gaza and sent thousands of Israelis scrambling for shelters.” This is an example of how they placed blame on the Islamic Jihad.

They even stated that “Israelis scrambling for shelters” is much equal to Palestinians, who don’t have the luxury of shelters, dying in Gaza.

The media house also decided in an “analysis” piece that Hamas is why Israel is besieging Gaza. The broadcaster seems open to blaming everyone but Israel.

These mysterious “clashes” and waves of “violence.” Israel started the attack. An attack that CNN decided to call a “military operation.”

Exceptionally, CNN chose to use the term “attack” because Israel was attacking “terror suspects.”

Perhaps, one of the most intriguing parts of CNN’s reporting is its misleading headlines. A rule that CNN strictly follows is never to say “Israel attacks” but a vivid broad term such as “Gaza Escalation.”

The passive form of verbs such as ‘killed’ appears is often used by the media house. Palestinians are seemingly mysteriously ‘killed’ rather than murdered.

The last report CNN conducted about  Gaza was on the psychological effects of the violence on Gazans. The video report was brief and broad compared to any Ukraine report completed by CNN.

CNN appears to be working day and night to deliver the latest and most detailed news on Ukraine. Yet, when it comes to Gaza, it’s portrayed as their last priority.

In Ukraine, Russia invades and ‘kills’ children, but in Palestine, the children are just ‘killed’ mysteriously. This is simply the double standards and censorship of the so-called free media.

3 months, 3 weeks ago by Laura_Pen

This piece is really great. You are right; some victims, children included, are not worthy enough for the West. Edward Herman and Noam Chomsky were really spot on when they created the concept of "worthy and unworthy victims" as a key element of propaganda. Apparently, victims in countries like Palestine, Yemen, Somalia, etc. are unworthy of being mentioned because this would simply expose the hypocrisy of the Western world. It is therefore clear why CNN cannot use the term "attack." How can an American channel openly admit that (US-led) Israel attacks and kills Palestinian children? This is, of course, a rethorical question. Once again, great job. We really need articles like this one.