Are You Left, or Are You Right? On Which Side of the Line Do You Stand? 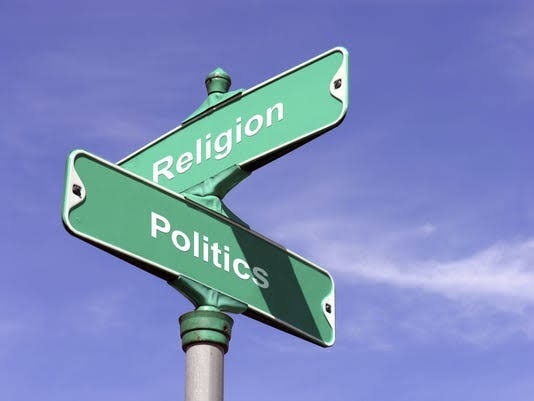 Has anyone ever asked you if you are pro right or left? Because I certainly have. And as much as I would have enjoyed people asking me whether I would like to be to the left or right of a buffet counter, it is quite often about where my political ideology lies.

In countries like India and the U.S., where there exists a stark political divide, every issue seems to be filtered through a magnifying glass. Divided political opinions that have perennially existed in society have now turned it hostile.

Be it a family dinner, a house party, or a festive celebration, political conversations are the uninvited guests that cause needless tensions, yet refuse to leave.

Do you remember the last time you turned on your TV to hear Arnab screaming his lungs out, repeatedly mentioning the terms' left' and 'right'?

Or when the so-called liberals turned up their haughtiness during the release of the movie 'Bahubali' encouraging people to abstain from watching the film due to its 'casteist, supremacist logic' and very fact that it oozes of 'Aryan Supremacy'?

Here is another example. Let us consider the case of the late actor 'Sushant Singh Rajput', where the 'right-wing' ruled out the impact of mental health on the supposition that he was intelligent, successful, and academically oriented. On the other end of the spectrum, the left-winged liberals seem to exonerate the effect of Bollywood cliques and nepotism on the perceived outsider.

The left and right are everywhere.

And we can't understate the curiosity of people. They desire to know where you stand. Are you with the left or with the right? And being moderate, in this case, seems to hold no merit.

Your political ideology no longer deems your political stance but now appears to extend and determine the kind of person you are.

In a country like ours, theories and political ideologies are often kept culturally or religiously flavored. Currently, India is split into the right-wingers or Bhakts and left-wingers or so-called liberals.

While the media has warranted that we are familiar with these terms, where was their genesis?

Why don't we take a little trip back in time and see where it all started?

How did the terms political 'left' and 'right' originate?

Consider this. Imagine you're a French citizen in 18th century Europe. There is starvation, poverty, and crime all around. On the other hand, your king is laying exorbitant taxes while you have a food shortage. I would be furious, wouldn't you?

During this time, on an eventful summer day of 1798, the French National Assembly met to initiate a new constitution. The representatives became firmly split on how much jurisdictions and power King Louis XVI could end up having. As the debate continued, the two major factions both moved to different territories of the assembly chamber. The anti-Royalist revolutionaries settled to the presiding officer's left, while the more conservative, oligarchic monarchy supporters settled to the right.

During the 1790s, the representatives continued to remain split and occupy different sections of the chamber. And it was then that the French newspapers began to refer to them as the "progressive left" and the "traditional right."

When did the terms' left-wing' and 'right-wing' extend to the rest of the World?

The French Revolution was a matter of great political significance and was intently followed by the whole World. The ideals and the jargon slowly started to infiltrate the rest of the World— but not quickly. According to French historian Marcel Gauchet's essay "Right and Left," the transition of right and left being the dominant divisions of political ideology was "a long-drawn-out process that extended for more than three-quarters of a century, right up until the start of a new era, the 20th century”.

The prominence of these terms was witnessed in Bolshevik Russia denoting the extent and reach of the terms. "The Bolsheviks were fascinated by the French Revolution. They were intensely conscious about carrying out its legacy — and raising it to a higher level," said Marci Shore, Professor of European Cultural and Intellectual History from Yale University, in an interview with TIME.

Why don't we have a small exercise to make things more interesting?

To consider this example for the right and left-wing political ideology, Hitler and Mussolini would hit the 29cm mark, while Marx, Lenin, and Stalin would be at the 1cm mark. Does that paint a clear picture?

Now, coming to India. Concerning the example mentioned above, The BJP would fall around the ruler's 25cm mark while the congress would fall at about 5cms.

The ideological divide in India

To better understand India's political divide, let us look at how different India is from its western counterparts.

Firstly, it should be noted that several practising and staunch Hindus are liberals who are supporters of the left-wing ideology. At the same time, there are Muslims or minorities who pledge their allegiance to the right-wing that is perceived to be anti-minority.

Indian secularism differs from the western interpretation of the concept. As Nehru said, secularism meant defending any religion for him. While the western ideals of liberalism renounced religion, religion in India is a deeply enshrined cultural concept.

In a country like India, where the liberals hope to renounce the impact of religion, it is counter-intuitive to expect minority groups to conceal their identities and fight their battles based on the Constitution's merits alone. In the same manner, it is erroneous to attribute Modi's meteoric rise to religion alone.

Unlike nations in the Western World, India does not have the privilege to detach religion from politics. The issue arises when this, when affinity to religion, gets laced with hatred. The ensuing step is the breakdown of equality and egalitarianism.

India is a culturally rich and diverse country. Looking at the great sages and saints of India, called the finest of the Hindus — Adi Shankaracharya, Narsi Mehta, Mirabai, Rabindranath Tagore, Aurobindo, Paramahansa Yogananda, Swami Vivekananda, Basavanna, Thiruvalluvar and many others — one hallmark trait similar to them all is that they all breathed the divinity of peace through love and compassion.

Consider the examples of the Delhi Riots of the 2020 and the recent riots in Bangalore; the religious polarization is exceedingly visible.

Any liberal who understands the cataclysmic effect of undermining religion's effect on politics could be labeled as a 'closeted bhakt.'

And let us also not forget that one of the prime reasons for the popularity and meteoric rise of the 'right-wing' is left-wing belief. In a country so intertwined with religion, the left-wingers tried to steer clear religion; if there was a religious left-winger, they were considered to support the right.

Besides, it should be noted that the left-wing in India were empowered by the English language.

Politics in possession of the affluent English-speaking liberals has been a powerful means of bigotry against Indians who have not understood English, thereby depriving them of opportunities. In its best, the English-speaking multicultural liberals became a benevolent alien power for them; at its worst, a hostile reminder of the colonized past.

As a result, radical right-wing ideologies leverage race and religion as they have clear emotional triggers to draw in angry and vexed voters. They channel the anguish that is real, toward the visible, vulnerable, and culturally established 'other,' demonizing him and then violently and publicly victimizing him and his entire group.

For India, the desolation is that Hinduism, a religion that stresses inherent unity in all the diversity of creation, is used to divide and rule.

While emotional hooks keep the voters intrigued, how long will this loyalty last? Especially in the absence of substantial improvements in voters' economic and social conditions, that is the root cause of their anguish?

As a country, India needs more moderates; the 'left' and 'right' wing has inflicted more damage than necessary. We all need to strive to construct a nation Gita, Quran, and the bible are respected on equal platforms and stop dividing the nation based on religion.

Tags: left or right are you left are you right