Be Careful when Posting your Children on social media 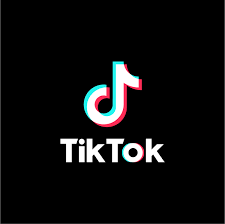 Sharing celebratory moments of your child like graduation, birthdays, and holidays on social media is quite normal, however, posting photos of them every day is a bit oversharing. But some parents might not have a choice because some are influencers that must post content about their children to make money.

For instance, 25-year-old Jacquelyn Paul shares a TikTok account with her three-year-old daughter Wren Eleanor. She’s one of the youngest and most powerful influencers we have today, and the account has more than 17 million followers who watch their videos regularly. The videos are innocent, cute, and include sponsored content from different brands. The single mom built a massive TikTok following by sharing everyday routines and photos of her daughter, saying she’s her “best friend.”

Recently, the account has received thousands of “saves,” hundreds of dirty, vulgar comments about Eleanor from full-grown adults. But Tiktokers (Moms and others) pointed out that the content she shares seems inappropriate. Some show Wren in the bathtub (even though she’s wearing a bathing suit) that received inappropriate comments. Another video shows Wren wearing a super short crop top exposing her stomach, which some followers found an issue.

Plus, adults commented under posts of Wren sitting in a bathtub or having whipped cream, asking the toddler if she is single and calling her a hottie, which is disgusting. I would have deleted the content or banned people from commenting right then and there. People saved these videos more than Wren doing normal child activities. Due to Wren’s viral situation, many parents urge others to remove their kids from social media.

Many users and followers are pointing out that Jacquelyn is aware of the vulgar comments and is not doing anything to stop or address them. People believe she’s choosing to exploit and put her child at risk. Jacquelyn should say something, block all the creepy people, delete the “explicit content,” or ban the comments. She should do something.

Social media experts have expressed their opinions as well, by issuing a warning to parents against oversharing their children on online platforms. In a Yahoo news article, Andrew Selepak, a social media professor at the University of Florida says, "Posting videos of your underage child to achieve the fame you cannot get yourself is exploitation," he says, "and it is non-consensual exploitation. Not only are TikTok users saving the videos of an underage child to watch over and over again, but they are also creating duets with videos of Wren that are sexualizing a child."

Colleen Colodany, the United Kingdom-based CEO of Kids Wiki, shares that seeing Wren's story has left her deeply concerned as someone who works with children and as a mother. "The internet is full of pedophiles who are making disturbingly inappropriate remarks about this three-year-old," says Colodany. "Even after being aware of this, Wren's mother is continuing to make videos with sexual innuendos — for example, eating a hotdog — for the money."

Colodany feels money and internet fame are not as important as parents prioritizing the safety of their children — especially on social media. "Parents should act smarter when deciding which footage of their kids they post online, if they cannot stop posting altogether," she says. "Privacy is a child's right. By not giving it to them, we're putting their safety at stake."

Privacy is a child’s right. I’m sure Wren, who's a toddler, did not ask to be an influencer, have photos, videos, and her face shown to millions of people daily. If Jacquelyn can't stop posting content about Wren, she should be cautious. She should probably stop posting pics of her in a bathing suit, in a bathtub, or anything that may seem explicit until the inappropriate comments die down.

Some laws protect young children on social media. Although there are child labor laws in place in entertainment, even in more progressive states, there still aren’t laws on social media that protect child influencers.

For actors, The California Child Actor's Bill requires a portion of a minor's earnings to be set aside in a trust account until they reach the age of majority. Each state has its own set of laws that pertain to child performers. In California, still, that leaves 85% of the performer's income at a parent's discretion. Currently, there is nothing like it for young stars of social media.

TikTok does have some general safety guidelines for children and families. The policies focus on TikTok's commitment to the safety of minors and offer a robust set of recommendations to offer a safe user experience. Including a family pairing feature and a new Guardian's Guide to TikTok. If the content was to exploit or endanger minors, it would be a violation of its policies and the content would be removed.

Stephen Balkam is the founder and CEO of the Family Online Safety Institute (FOSI), an organization dedicated to protecting children online. "The best way to approach online child protection," he says, "is by facilitating as much early digital literacy as possible, coupled with open communication and parental control features depending on the child's age."

FOSI offers digital parenting resources, which provide parents and caregivers with tools to navigate the online world with their families, helping them assess the opportunities and challenges of being online. And there's an additional risk to kids who are shared online: The exposure may cause emotional damage to Wren or any other young influencer as they grow older and more aware.

"We have no idea how children will be affected in the future when their entire embarrassing lives have been online for strangers to see from the day they were born," Selepak says. "But we can probably be assured it will not have a positive impact."

If creating content with your child is how you make money, go for it. Just be aware that there are evil people in this world and on the internet and keeping your child safe and protected is the main priority.