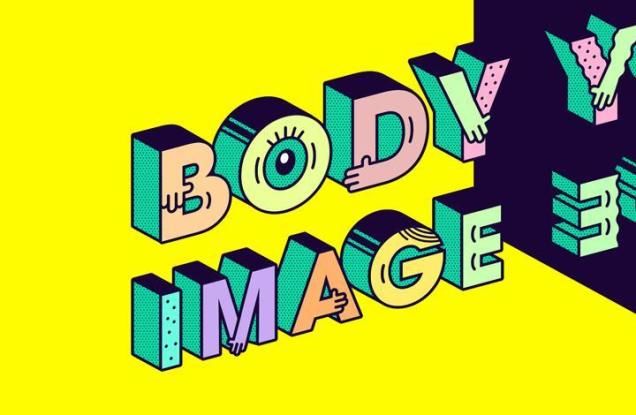 Young girls and social media aren't the best mix. There are many reasons why. According to ‘The Guardian’ Young girls as seven are pressured enough to look a certain way. They have to be skinny or they have to dress a certain way and do their makeup a particular way to fit in or for boys to pay attention to them.

Girls have a hard enough time fitting in as it is and then to get compared online to skinny tall celebrities. We as young women are forcing young girls to pay attention from a very young age. They have to do makeup. As young females are growing up we should be unique and not caring how we appeal to others. Yes it would be good to look pretty but the most we should focus on is building each other up instead of belittling each other down.

Yet we are still being shushed and pushed to the side and laughed at because we can't do a certain thing because it's not girly. Young girls dress like they don't care yet as we turn into young females. We are demanded to instantly grow up. Another thing is we start to care how we look and I know that comes with age either way. However,many young girls go through phases growing up may be tomboys or nerdy or from the start they love being girly girls. There have been many studies to prove that young girls self harm or are shown mental health issues and binge eating and anorexia from about ten years old on social media and we always hear about these stories of young females self harming or in tv shows young girls are self harming or have a eating disorder.

I understand this needs to be highlighted as it is an issue for young women but young males deal with these issues too and we should be able to show this too.  It portrayed young females having  to face these battles more and studies have shown men suffer from eating disorders and also self harm and struggling with their body image as well. I also think if we showed more males having to deal with these issues young women wouldn't also feel pressured like it's everyone battling these issues.

Another factor that comes into play is that young women are taught from a young age how to dress when they are older or we will attract certain attention that we do not want. This is such a major factor as young women are portrayed sexually in leaving little safe space for them on the internet.

There are so many issues with this world but one of them should not have to be young females having to worry as soon as they grow up they need to learn how to act or dress a certain way just to feel safe and not have to worry about all these political standards or rules. There are so many young females who have committed suicide or have suffered from some form of mental illness and they shouldn’t have to. So many young bright females who could make a difference in the world are suffering silently as we fear being able to express ourselves.

This shouldn’t be the issue, we should be able to express ourselves and not be paranoid. So many young girls are forced into a box of what a girl should be in somebody else’s opinion and eyes. The typical girly girl or we should not be a certain way to act. It is always changing non stop. Nothing is going to stop or change. We will always be viewed a particular way to other people and are unable to express ourselves freely without having judgement in our way.

When young girls try to break the normality we are hated for it or disowned there are always going to be issues along this matter that women are told to embrace them different unique selfs but then when we try we are told we should not be allowed to do that we should only be seen and not heard we are there to look pretty and be toys to the others eyes in our lives. We can’t speak up or have opinions on things because we do not understand that topic or our ideas are inappropriate and detrimental to us. Either way in our life we are told to embrace ourselves but only within certain boundaries when it is more acceptable in the society. There are so many women who are finding their ways to accept and love their body and themselves but social media tells them otherwise. It’s a major issue and no matter who tries to change it only a little change happens every single time. We need more change and another way to stop it once and for all instead of fighting about it we need to help build everybody up no matter what or who says. Yes we are all different in so many ways but that is the beauty of it life and the world would be boring if we were all the same there would be nothing to learn since we would be mirroring each other it would be completely pointless and we would get sick of it.

We should all help empower each other despite the differences in our body sizes, colour or skin textures. Let’s put our minds to feeling more accepted and have diversity in representation of our bodies. Let people just be human enough to carry their bodies without having to bear the pressure of wanting to be slimmer, thinner, childlike or only certain types. Let nothing stop us.