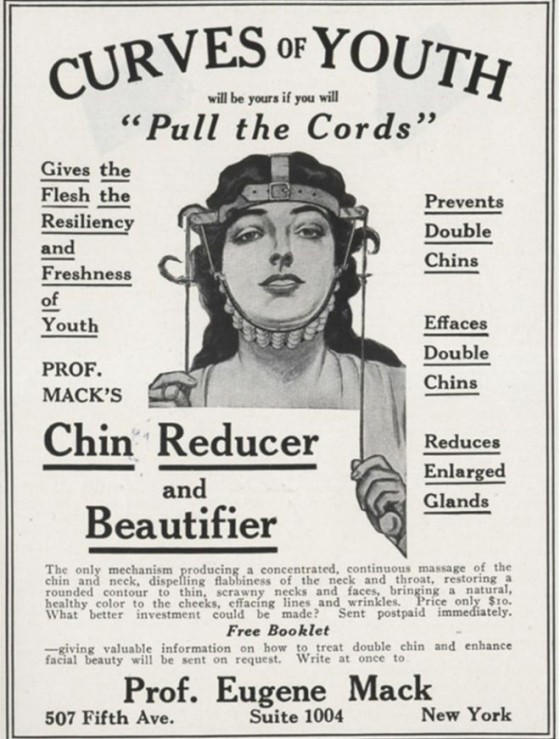 Another month, another absurd standard for women’s bodies, and this month, it’s buccal fat removal. This is the procedure of removing cheek fat. It is the latest plastic surgery procedure that has caught wind on social media, specifically on TikTok. It isn’t a new procedure, but it has resurfaced as a trend following the influence of celebrities undergoing surgery, namely Bella Hadid, Dove Cameron, and Zoe Kravitz. It gives the appearance of a more chiselled face with prominent cheekbones.

Throughout history, women's bodies have been subjected to ideal standards, which change with developments in fashion, social media, and culture. From Ancient Greece to the 18th century, a fuller, more plump figure was seen as sensual and desired. In Victorian England, the standard was still to be chubby, but as tight fashion corsets were introduced, there began a drastic change in what was expected of women's bodies. A cinched waist following the influx of tightly laced corsets was desired. In the 1920s, a slender boyish figure was the trend, but with the Golden Age of Hollywood, Marilyn Monroe's influence created a desire for a plump figure again.

In more recent years, we saw the rise of the “heroin chic” look in the ’90s. The ‘90s saw the eight of the supermodel and runway fashion, and as a result, a thin, pale, starved body type came to the stage. With Kate Moss’ slogan, “nothing tastes as good as skinny feels,” and the rise of crop tops and low-rise jeans, women’s bodies were put under the boot of unhealthy standards.

In the 2010s, the Kardashian influence cannot be understated. Their impact on the current generation of female bodies is darker than people often realise. Essentially, they took what was most desirable from recent trends and compiled it into something impossible.

In the last few years, women have been expected to have large hips, thighs, and butts; they must have a flat stomach, a thigh gap, and thin arms. “Slim thick.” The name itself is a paradox, though influencers have spun it off as an all-inclusive body-positive movement. But don’t be too big. Or too small.

This body type can notoriously only be achieved through plastic surgery (but influencers will call it “diet and exercise”). Specifically, the BBL- the Brazilian Butt Lift. This procedure extracts fat from the stomach and injects it into the butt. It is hazardous and, according to the National Health Service (NHS), has a death risk ten times higher than any other procedure.

As we enter the 2020s, we have seen Khloe and Kim Kardashian get their BBLs removed, which can only mean one thing: a new toxic standard for women’s bodies. The New York Post headline “Bye-bye booty: heroin chic is back” in November 2022 announced the return of the deathly skinny body type.

Social media has created such a hyper-fixation on women’s bodies that every flaw has a fix. Too fat? Drink this tea that will give you diarrhoea. Are pores too big? Here is a £200 serum to fix that. Hormonal acne? Gross! Try chemically peeling your face.

Endless scrolling through heavily edited celebrities has changed our perceptions of ourselves, and women resorting to strange surgeries for the smallest of things, lest Instagram finds out that we are real people with natural skin and bodies.

Refinery29 claims that buccal fat removal has made people “acutely aware of the puffiness of their cheeks- an insecurity that wouldn’t be out of place on a Black Mirror episode.” The return of the “heroin chic” trend is creating a wave of more ridiculous surgeries, insecurities, and, without a doubt, a rise in eating disorders in girls and women.

Buccal fat removal reminds us that heroin chic is bringing back the age of anorexia, but even scarier is the fact that women are under the lens of social media and hyper-fixation on skin and beauty alongside this. The damage that this immense pressure is doing to women is terrifying. And It often goes overlooked as we absorb the toxicity of social media as a regular part of modern culture.

Young girls aren’t allowed to be children anymore. Ten years ago, a 12-year-old  would be using play make-up from Claire’s or ToysRUs, but now, we see pre-teens online in full faces of makeup, done flawlessly. Young girls are forced into adulthood and are sexualized into acting like grown women. Innocence and perfect imperfections have been stolen from the new generation of children by the grip that TikTok and Instagram have on young people.

For older girls and women, there is endless self-criticism which leads to self-hatred and a lack of confidence. The hyper-fixation of beauty in today's culture has created tenacious anxiety around being “good enough.” But the catch is, you never will be.

As celebrities and influencers undergo surgery after surgery and most often deny it, women are pressured to be flawless without surgery.

When asked if she promotes unattainable beauty standards, Kim Kardashian responded, “No, I don’t, because we get up, we do the work, we work out.” Kylie Jenner famously stated in a viral video of her in a bikini, “This is it, no breast implant, no surgery,” despite surgeons having admitted to working with her and there being an apparent change in her appearance within the space of months.

While there is nothing wrong with plastic surgery or beautifying oneself to be more confident, there is a fine line between self-love and self-destruction, and social media has made that line much easier to cross.

Beaty reporter Jessica Defino on the Sounds Like A Cult podcast stated that “The skincare industry is offering a physical product solution to what are essentially anxieties and our emotional response to the pressure under beauty culture.”

We are being sold a lie under the guise of effortless beauty and self-love, and it will only result in the further deterioration of our ability to love who we are naturally. If we have to go under the knife to attain a standard, how can we learn to love ourselves for who we are?

Trends come and go, and beauty standards will remain against us, so why die trying to live up to them?