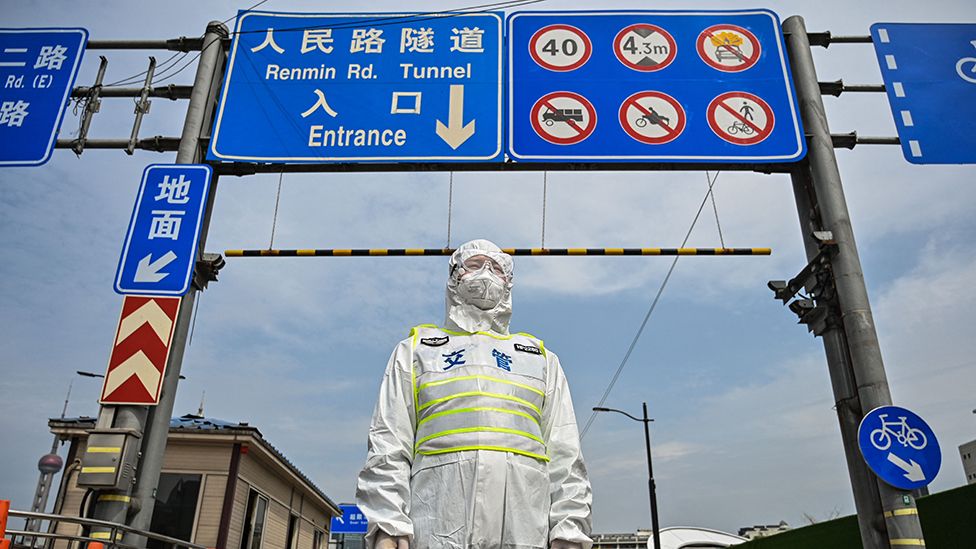 As the Omicron variant of COVID-19 resurged in China at the beginning of 2022, the Chinese government has enforced strict lockdowns in more than two-thirds of the provinces in compliance with its strict 'zero-COVID policy'. Aside from its previous success, this policy is constantly criticized for being no longer sustainable nor necessary, causing tremendous economic loss and accumulating social disagreements.

Looking back at Shanghai's nearly two months lockdown, numerous enforcement problems of local government have caused the misallocation of daily necessities to the quarantined citizens, leaving millions of citizens in shortage of food and water. The inflexible bureaucracy also neglected diseases other than COVID, making the patients in lockdown unable to access their prescribed treatments. Noticing that Shanghai is China's most developed city, the situation will only worsen in other less developed regions.

The government's zero-tolerance attitude has impacted the local officials to insist on policies such as mass testing and 'on-spot quarantine' (whenever a case is found, the related region will be in lockdown) as a political stance to prove their support towards the central government. The local officials, therefore, have fewer incentives to increase vaccination and booster rates, resulting in a sluggish vaccination campaign.

In China, the vaccination rate among people older than 80 is only about 51%, leaving half of the older population highly susceptible to infections. This has created a vicious circle, since the low vaccination rate further solidifies the government's resolution in persisting its zero-COVID policy. The coping mechanism is growing more political and non-pharmaceutical, which is not cost-effective.

The zero-COVID policy not only burdens the local government's financial and public health care system but also incurs general economic recession since most trades are forced to stop during the lockdown. The International Monetary Fund predicted that China's projected Real GDP growth would be 3.3%, lowering 1.1% from its April forecast. This further deviates from the initial 5.5% goal proposed by the communist party.

In fact, in a European Chamber survey, 78% of the respondents find China a less attractive investment destination due to its strict COVID policy and are considering leaving the market. The decreased confidence in Foreign Direct Investment in China can further impede economic growth, making the restoration harder each time after lockdown.

As the lockdown negatively impacts most companies, resulting in an inability to obtain supplies and a ceased import/export due to the closed port, those companies are forced to cut employee numbers to control the cost. Correspondingly, China's urban unemployment rate has risen from 4.9% in September 2021 to 6.1% in April 2022. This will cause a decreased consumption that further impairs the retailer's sectors since the urban population does not have enough disposable income.

More and more people in China have started to agree that there should be a transition from the strict zero-COVID policy to an open policy emphasizing protecting the economies without strict quarantine rules. Although a burst of cases is expected to appear after ceasing the policy, the cases will gradually decrease as more people are immunized and vaccinated, enabling citizens to live a normal life.

Once affected, Covid-19 patients with mild symptoms should self-quarantine, and the requirement of mask regulation should be decided by each institution depending on its visitors flow rate.

However, two prerequisites are necessary for this transition. First, China should push forward the vaccination rate for older populations and increase the effectiveness by adopting domestic or foreign mRNA vaccines. Second, China should reform the healthcare system by developing an online healthcare platform and training community clinics to cope with the rapid surge in mild COVID-19 cases after the transition.

China needs to increase the vaccination rate among older people with useful mRNA technology. Two widely used vaccines in China are Sinopharm and Sinovac, inactivated-virus vaccines that provide less protection than mRNA vaccines on highly infective variants. The mRNA vaccine must be adopted through domestic production or import to cope with the Omicron variants.

ArCoV, for instance, is an experimental job that triggers a more robust antibody response when given as a booster shot. The NHC (National Health Commission) should provide funding for the continuous development of this vaccine until the public can successfully use it.

Another option is to import the mRNA vaccine made by BioNTech and Pfizer. Although some Chinese companies have attempted to make a deal with those vaccine companies as early as 2020, official approval is still pending. This delay is primarily due to political reasons within a techno-nationalist framework.

In a study conducted by Imperial College London on the benefit of importing Moderna in Indonesia, a group of researchers found out that the social and economic benefit of each Moderna ranges from $2000 to $3330, as compared to its import price of $30 per dose, and the total gain of the booster campaign is expected to be $381 billion. The potential benefit will only be more prominent in China, a comparatively larger economic body.

Once the supply of mRNA vaccine is ready, the government should launch a vaccination campaign that prioritizes vaccinating people over 60, especially those in rural areas with limited access to the health care system. This will also lessen the burden on local hospitals when the cases surge, because an effective vaccine will result in a lower death rate and lighter symptoms.

However, considering China's massive population that is denser than most of the regions in the world, a health care sector reform should be implemented to cope with the potential outbreak of COVID cases after the open policy. Noticing that the new Omicron variants of COVID-19 have an extremely low CFR (Case Fatality Rate) that is expected to keep decreasing, the government should initiate a new guideline that varies the treatment of patients based on the degree of severity of their Covid-19 cases.

For most cases with mild symptoms, a home quarantine will be sufficient. The hospital should admit only those with severe symptoms who need emergent care. This will leave the hospital with more unit beds for the severe patients that need them most. It will be especially beneficial for a populous country like China to prevent hospitals from being overwhelmed, allocating all the resources to resolve the most severe cases.

In addition, the National Health Commission can cooperate with online platforms such as Wechat and Alipay to develop online health care services that instruct mild Covid-19 cases on self-recover. According to scholars from Tsinghua University, 970036 community hospitals have been established in mainland China with more than 3 million health care workers in 2021. The Chinese government should take advantage of those local healthcare workers and train them to provide refined online healthcare services.

Considering the benefit to its economy, health care system, and most importantly, its citizens' well-being, it is only a wise choice for China to transition from the zero-COVID policy to an open policy.