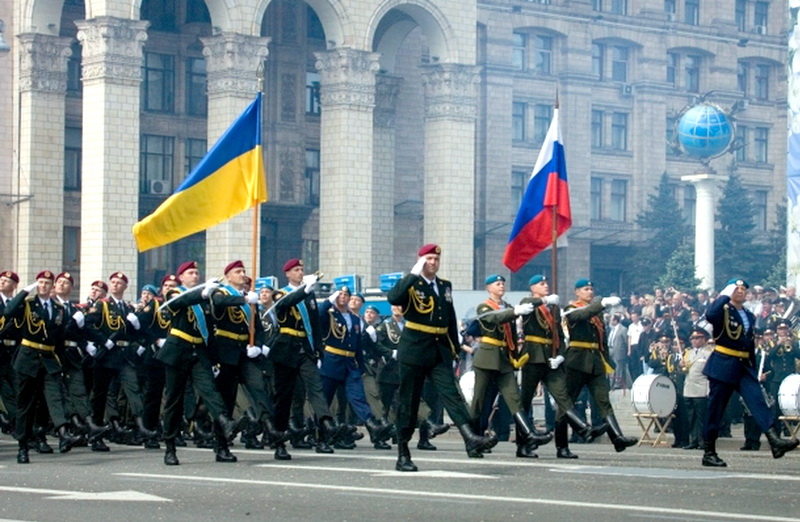 It has been over 100 days since Russian President Putin launched the so-called “Special Military Operation” vis-à-vis Ukraine. But the end of the war still seems to be elusive.

In an address to Luxemburg’s parliament, Ukrainian President Volodymyr Zelenskyy said Russian troops have controlled about 20 percent of Ukraine’s land. Meanwhile, the EU has passed the 6th package of sanctions against Russia, which is considered unprecedented because it greatly circumscribes Russia’s energy exports.

The war so far is not only hell on earth for Russians and Ukrainians but also a catastrophe for the people of the world. People outside of Russia and Ukraine are suffering in different ways. As the UN Secretary General, António Guterres, said: “The war in Ukraine is inflaming a three-dimensional global crisis—food, energy, and finance.

While it is widely known that the disruption of Russia’s pipelines has caused energy prices in Europe to skyrocket, countries outside of Europe are also experiencing an energy crisis.Even for India and China, the only two countries daring to purchase Russia’s energy amid the West’s draconian sanctions, the energy pricesare unsettled, too.

The sanctions against Russia have also caused a sudden and significant shortage of bulk commodities in the international market, which consequently affects the international financial market. For example, Chinese nickel tycoon Tsingshan Holding Group and Angol-Swiss multinational bulk commodities trader Glencore made the London Metal Exchange stop working for three days because of their financial gamble over trading nickel.

Perhaps the most dangerous thing is the shortage of food. For example, Egypt’s national food reserve is almost zero. The situation is even worse for more distant and underdeveloped African countries. In a meeting with Vladimir Putin, the Senegal President said frankly that Africa is the victim of the Russia-Ukraine War.

Despite the fact that most countries want the war to end as soon as possible, they cannot declare victory over Russia’s invaders. People may have different opinions about winners and losers based on the actual interests that countries acquire. However, because the war has been labelled as a “justice-fight-against-evilness” war by the media from its very beginning, the “winner” has to be Ukraine if the war ends one day.

Therefore, the question is how different countries, especially those world great powers, will portray Ukraine’s “victory.” Will that be a real victory over Russia? Or will the “victory” be just an acceptable loss? As The New York Times asked, what constitutes victory in Ukraine?

EU members have shown great solidarity against Russia. They not only ban Russia’s energy in the EU market but also keep offering weapons to Ukraine. However, as the war continues to torment non-warring parties, EU countries begin to think differently.

The so-called unprecedented 6th package of sanctions against Russia is a compromised product. Due to the strong disagreement from Hungary, the latest sanctions only ban EU members from importing Russia’s oil through sea shipping but do not include pipeline oil.

After these sanctions come into force, at least five EU countries can still access Russia’s pipelines if they want. These countries are Hungary, Poland, the Czech Republic, Greece, and the three Baltic countries.

Apart from the disputes on Russia’s energy, there is also no consensus about what the future of Europe and Russia should look like.

Germany, France, and Italy, the three most important pushers of the EU after Brexit, believe that there is no way to get rid of Russia forever. Compared with the Baltic three countries, they hold much softer attitudes towards Russia.

Italy is the lowest-profile of them all. It is rarely reported by the international media and its actions against Russia seem to just be a follow-up of other EU members.

Germany is always reluctant to follow the EU’s pace in sanctioning Russia. Before the war, Prime Minister Schultz promised the media that Nord Stream 2 would not be an option on the table to sanction Russia and that the pipeline construction would go on.

After the war broke out on February 24, it took Germany 2 months to stop Nord Stream 2, 3 months to remove the weapons selling regulations, and 4 months to formally ban Russia’s energy.

France is the “softest” country in the war in Ukraine. Before and after the war happened, French President Emmanuel Macron called and visited Putin many times, attempting to put out the fire.

Although his diplomatic endeavours failed and the war broke out eventually, Macron didn’t give up trying to soothe the EU’s relations with Russia. In a recent interview with a French regional media, Macron said: “We must not humiliate Russia so that the day when the fighting stops, we can build an exit ramp through diplomatic means.” I have told him (Putin) that he has made a fundamental and historical mistake… ”

With more heavyweapons being shipped from the United States to Ukraine, the three heads of the EU hope Ukraine can use them as chips to negotiate with Russia rather than actually use them. Moreover, they don’t rule out the possibility of concessions to Russia on land issues.

However, the Baltic states are kind of allergic to any kindness to Russia. They take the initiative to invite NATO to station troops in their territory, and they keep advocating for the EU and NATO to be tougher on Russia. When Germany and France want to have “a fresh peace talk” with Russia, the Baltic states all express disagreements.

The Estonian headof foreign affairs said: “It is incredible how France and Germany are inadvertently paving the way for new acts of violence by Russia.” On the other hand, the Lithuanian Foreign Affairs Minister called for a “complete isolation” of Russia and Belarus.

U.S. President JoeBiden made it clear at the beginning of the war that the United States wanted Russia to be a pariah on the international stage. But what he doesn’t mention is how long this “pariah status” could be.

In his visit to Kiev, Llyod Austin, the head of the U.S. Department of Defense, promised more heavy weapons for the Ukrainians to ensure that “Russia (is) weakened to the degree it cannot do the kinds of things that it has done in invading Ukraine.”

In Warsaw, the U.S. ambassador to NATO, Julianne Smith, a former national security aide to Biden, said: “We want to see the strategic defeat of Russia.”

The United States may let the Ukrainian leadership make the tough decisions about the war’s ending. However, if Russia is able to avoid some sanctions or establishes a land bridge between Crimea and eastern Ukraine, Biden is very likely to become a target of Republicans and even some Democrats in Congress.

Therefore, expecting the Biden administration to get in touch with Russia like France, Germany, and Italy do is unrealistic. For a very long time, the United States will keep Russia away from the international order it leads. When Russia is never able to compete with the United States in terms of geopolitics and military, that would be a “victory” for Ukraine.

The Ukrainian leadership has said more than once that it wants to kick Russian troops out of the current lost land, take back the Crimean Peninsula, join the EU and NATO, and isolate Russia forever. Ukraine, as the biggest victim of the war, is also the most ambitious one.

Kiev believes that only a complete victory on the battlefield and the recovery of all the lost land would make Russia negotiate seriously. With more Western economic and military support arriving and Russian troops’ continuous failures on the battlefield, many in Kiev have become more convinced of this idea.

But that means Ukrainian troops need to re-conquer the two large cities, Mariupol and Kherson, as well as expel Russian troops from most parts of the Donbass region. All these goals seem unrealistic given that Russian troops have conquered and managed these regions for a long time.

Some European officials and military experts believe that this is beyond Ukraine’s capabilities. Despite continuous Western military aid, Ukrainian troops are still less armed than Russians. In addition, it is unlikely that Ukrainian troops will be able to achieve a 3-to-1 strength advantage over the Russians.

At the Davos Forum in 2022, the former U.S. National Security Adviser and well-known realpolitik believer Henry Kissinger hinted that Ukraine could give up some of its territory in exchange for an end to the war.

Of course, this has prompted a tough response from Kiev. The Ukrainian President teased Kissinger that “It seems that Mr. Kissinger’s calendar is not 2022, but 1938, and he thought he was talking to an audience not in Davos, but in Munich at that time.”

Daniel Friedman, the former U.S. Ambassador to Poland, said: “What is a victory for Ukraine?” … there’s no way a detailed conversation now on what is a just settlement will do any good, because it comes down to what territories Ukraine should surrender. “

Hence, an uncomfortable truth for the Ukrainian leadership is that while it is hoping for the most optimistic version of “victory,” its supporters are now considering the version that it doesn’t want to see.