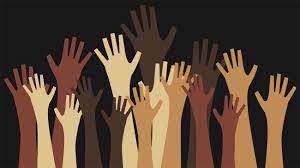 The issue of minorities’ protection is still an insurmountable obstacle to peaceful coexistence in many countries. Discrimination based on different beliefs or ethnicities triggers many yearly violence episodes, especially in countries with an Islamic majority. We have witnessed how many wars have started for these reasons. For example, the civil war in Yemen has affected the country since 2014 was unleashed by the Houthis, a minority discriminated against by the central government. Similarly, it is possible to see how the Israeli-Palestinian conflict continues to cause victims due to the religious differences between the two sides. But above all, in many countries, such as Iraq and Iran, discrimination occurs between Sunnis and Shiites, two different religious currents of Islam.

There are different types of discrimination that require clarification. It can be direct when an explicit distinction between categories, making it difficult to exercise one's rights. We speak of indirect discrimination when there are no distinctions on the legal level, but on the practical level, they exist and are exercised. Instead, we mean intersectional discrimination when multiple concomitant factors (ethnicity, gender, disability, etc.) prevent the person from being treated equally to other citizens.

These discriminations have tragic consequences. Human rights violations are certainly the most worrying. The inability of institutions and the state to protect minorities is a serious reason for the outbreak of protests or civil wars. The most fragile categories such as women and children are subjected to persecution, torture, forced separation, and even sexual assaults in the next phase. The lack of solid institutions constitutes a danger for these categories since the perpetrators of the abuses are unpunished; otherwise, there is the risk of witnessing episodes of revenge and retaliation. It is important to underline that when governments carry out abuses against minorities, these behaviours risk creating scenarios for certain actors to use violence as a weapon of revenge, creating a spiral that does not end.

To reinforce this concept and strengthen the fact that these episodes also occur in Europe, we remind readers that in 2018, the Hungarian government promulgated laws that punished those who helped migrants. The same authorities prevented refugees from seeking medical treatment and arrested those illegally entering Hungarian territory. The rhetoric based on prejudice and hate speech has unleashed the nationalism of many groups belonging to the extreme right. It is intuitive to think how these speeches have been shared by other extremist groups from other European countries, with dangerous consequences for migrants living in the same countries. We note how governments use the weapon of discrimination to obtain consensus and find scapegoats for economic and social situations.

Moving to other motivations, the United Nation Environment Program (UNEP) states that 40% of civil conflicts arise due to disputes over natural resources. In unstable countries, elites forcibly appropriate major natural resources and use them for their purposes. The risk of causing humanitarian crises is very high, and feelings of deprivation trigger riots and conflicts. The lack of regulation helps elites or criminal groups pursue these practices. In addition, illegal mining also has hazardous repercussions on the environment.

Focusing instead on specific actions, some very dangerous practices have not yet been banned in countries like Pakistan. Forced conversions are one of them. At least 1000 cases are reported every year, regardless of those not reported. Forced conversions represent a total deprivation of free will. Moreover, it should be considered that this practice is often carried out against minors to carry out forced marriages. The local government recently stated that “the cultural conditions do not exist to implement reforms against forced conversions.” It is quite shocking that this sentence constitutes an admission of a total lack of seriousness and the will to change existing circumstances.

The role of the police aggravates this situation. In most cases, the causes of a complaint are subject to cover-ups and misdirection. During trials, the victims remain in the hands of the perpetrators, risking even greater violence. It is objective to speak of a total lack of justice in this situation. Justice in Pakistan is discriminatory towards women, Christian, and Hindu minorities. By failing to implement serious reforms and not condemning the guilty, the spiral of violence and abuse of young women gives Pakistan a tragic reputation.

Furthermore, the so-called “honour killing” is still in force. It is recent news that two women who lived in London had returned to Pakistan to start the divorce proceedings. After a few days, they were killed by their husbands' families. The marrying was forced.

The global framework of discrimination is highly worrying. In addition to those listed, emphasis has recently been placed on the mistreatment of LGTBQ communities. For example, in Uganda, in 2019, it was planned to introduce the death penalty for same-sex persons who engage in sexual acts. In the Middle Eastern and African world, violence against those who express different sexual tastes is the order of the day and pushes people to live in fear and not express their preferences. In Europe, these groups of people are subjugated by the retaliatory actions carried out by far-right groups; moreover, the laws do not fully protect individuals' freedom of choice.

A solution to the discriminatory issue seems distant and utopian. However, the author is firmly convinced of the crucial importance of dialogue. Passing on the tragic experiences of those who have lived specific experiences serves to avoid repeating the same mistakes. But especially, governments and the international community must implement severe measures against the perpetrators of violent acts based on discrimination. The mere rhetoric of peaceful coexistence is not enough, and the last century (and the new one) is proof of this. The other idea is to insert, in each country, school hours that prepare children immediately for integration and solidarity feelings.