Do you see the alcohol ban as a solution? 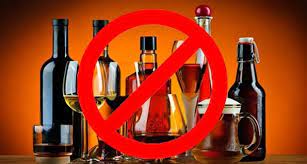 A pertinent characteristic of our law-making methodology is focusing on the symptoms instead of the root cause. We talk about the alcohol ban citing that, it contributes to violent crimes. The alcohol ban is currently active in Gujarat, some areas of Bihar, Mizoram, Nagaland and the Lakshadweep islands. It is as absurd as would be prohibiting cars because they 'cause' accidents, or more dramatically as Joker says, "Spoons make people fat". India ranks 119 in the world in terms of liquor consumption, which is certainly something we should be a lot less concerned about, than our current poverty, malnutrition and Human Development Index rankings. The demagogues shift heed to militating alcohol, deeming it the sole perpetrator of penury as if it will obviate all efforts to eradicate crime.

Amendment to the liquor law of Bihar was to be discussed in the monsoon session of the Bihar assembly last year, which got postponed amid the pandemic row. Gujarat still has the Prohibition act of 1960 in place, it is also the only Indian State which has a death penalty for the manufacture and sale of homemade liquor that results in fatalities. Article 47 of the Directive Principles of State Policy, states that "The state shall endeavour to bring about prohibition of consumption, except for medicinal purposes of intoxicating drinks and of drugs which are injurious to health.". This is the prime topic to be discussed while speaking of the alcohol ban. One thing that usually evades prominence is that many policies have been implemented which go against Directive Principles, for instance using alcohol as a major source of tax revenue. Amrit Kiran Singh, Chairman of International spirits and wine Association of India, which represents Diageo, Pernat, Ricard, Bacardi and Beam Suntory, told the Business Line that the total revenue generated by all the states together from exercise on alcohol during the financial year 2020 was a whopping 2.48 lakh crore rupees. Controlling the consumption of a substance that is legal and is consumed by millions around the world Is not, what a modern state would do. This ban has spurred a bootlegged alcohol business. Incidents of people consuming alcohol generated by chemical factories are not rare. Some citizens of such cities enjoy their evening tipple and instantly turn into law-breaking criminals. When one rule is blatantly disregarded, wouldn't it diminish respect for our constitution in its entirety? When hundreds of millions of people around the world, can handle a few drinks and run organisations or even countries the next day, why does the state have to impose laws curtailing consumption in a particular region? Cigarettes and tobacco laced plans are available widely in most places, such substances should also be proscribed, if we are determined to regard our citizens, daft.

Pragmatism in all the philosophy

Gujarat is trying to promote itself as a global investment destination, Lakshadweep has the potential to be a world-famous tourist hub. For both these industries, the ban on alcohol has an adverse effect. The state loses thousands of crores of excise duty which in turn has to be recovered by making other goods and services more expensive. While some of us may be content with the hypocrisy of routinely breaking the law, foreign tourists do not find it appealing to have illegally procured alcohol, thus reducing tourism. The causes of crime are poverty, unemployment and abject societal conditions, often downplayed in the discourse. Notably, even the USA experimented with the prohibition in 1920, however seeing the ill effects it had on the country, the law was repealed in 1933. Here is what John Rockefeller, initially a supporter of prohibition had to say in the end-

" When prohibition was introduced I hoped that it would be widely supported by public opinion and the day would soon come when the evil effects of alcohol would be recognised. I have slowly and reluctantly come to believe that this has not been the result. instead, drinking has generally increased; a vast army of lawbreakers has appeared; many of our best citizens have openly ignored the prohibition; respect for the law has been greatly lessened and crime has increased to a level never seen before."

Many would agree that the above applies to our states which have an alcohol ban as well. The issue must be openly debated, keeping in mind that if properly modulated by individual choice alcohol consumption is not particularly harmful to society. Laws must be made to aid the development of the country not to act as a hitch in its prosperity. Alcohol when taken in excess can cause hypertension, heart diseases, liver cirrhosis and cancer. Awareness must be encouraged on the harmful effects of it. Laying down laws to restrict the intake of liquor is not a rational solution.