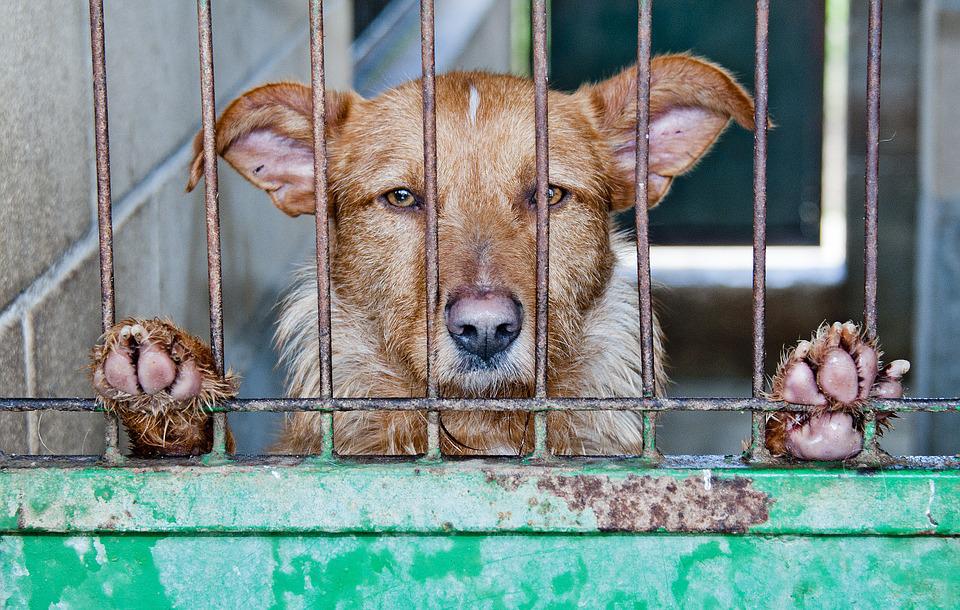 While walking on the streets, one may spot a charming puppy wagging its tail, lying near the garbage bin, waiting for someone to give him good care and food, perhaps waiting to be adopted. Would you adopt? No, right? Because what we humans want is a high-class dog that makes us feel rich, isn’t it? 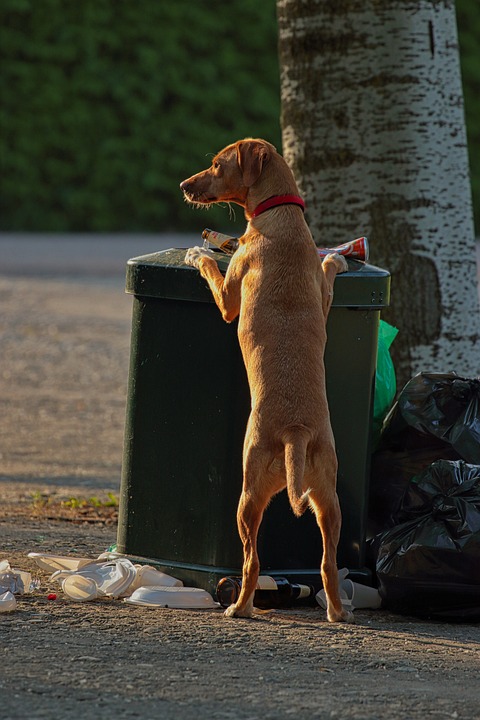 As per reports, India is one of the countries that is growing faster in breeding high-class dogs. We Indians are fascinated by everything that's foreign and have developed an attraction for pedigree dogs - “PEDIGREED” and, of course, we want it at the lowest price possible as if it’s a grocery item manufactured in a factory or a mill.

So, to meet our materialistic demands, breeders set up mills. Yes, exactly puppy mills. For years together, dog breeders are working outside the law. With the fascination of foreign canines around, they force these dogs to mate their own brothers to sisters, father to daughter and bring them into this world to sell them to people who buy for ‘status’. In short, they are forced to ‘RAPE’ using ‘Rape stands’ with their own blood just for our human selfishness. Dog breeding is a marketable business that earns lakhs of rupees. These are all illegal backyard breeders whose income is not recognize as no amount comes to the government because it’s an unregulated activity. Additionally, the number of backyard breeders has mushroomed around the country as the demand for high-class pets has grown.

If breeders abide by the laws and regulations put down by the government, breeding is legal. However, the ones treating the animals cruelly are not. To be honest, in most cases, these mills aren’t bothered about the state their dogs live in. Most of these litters are not registered with the Animal Welfare Board and thus are not cared for or housed before they are sold off. They cage the dogs and keep them restricted in dark areas who survive in contaminated places. These dogs are treated as profit-making products. Further, this breeding activity has led to a variety of birth defects or genetic disorders.

The so-called man’s best friend is put through the most physical and mental trauma. What is more upsetting is that they are forcibly bred using ‘RAPE STANDS’ without sufficient resting periods in between births. The females are injected with hormones to speed their cycles. The discomfort that females undergo during unnatural heat periods increases the risk of uterine cancer. Consequently, the puppies are born with genetic, behavioural and psychological issues and make life miserable for years. Several die in this process while others are abandoned once unusable. Lately, abandoned dogs have been transported to the Northeastern states of India and subsequently exported to other countries for HUMAN CONSUMPTION.

The recent Kannada movie ‘Charlie 777’ has influenced a lot of “Pedigree lovers”. The word ‘Pedigree Lovers’ is deliberately pointed out as it is found that the demand for ‘Labradors’ is increased after the release of the movie. However, the viewers have overlooked that the movie evidently reminds us that the dog ‘Charlie’ escaped from a cruel breeder and later suffered from cancer at a tender age. Further, the vet alleged that this resulted due to the breeder’s unwanted breeding techniques and constant torture by INJECTING HORMONES as she was a female. Such movies give us moral messages, but do we humans understand the plight of these dogs? Is it too difficult to realize?

A dreadful case in Las Vegas left the Bantan Family in a drastic situation. Bantan's gifted their child a puppy on his birthday that hardly lived for five days with the Bantam’s family. This family fell prey to a backyard breeder who advertised charging $1000 for the puppy and provided minimal paperwork. It is illegal in Las Vegas to breed and sell dogs without a license, vet records and other documentation. The Bantan's family blame themselves for the serious death of their puppy, who tested positive for the highly contagious ‘PARVO VIRUS’. Despite IV fluids and hospitalization, the pup died at the vet’s clinic. 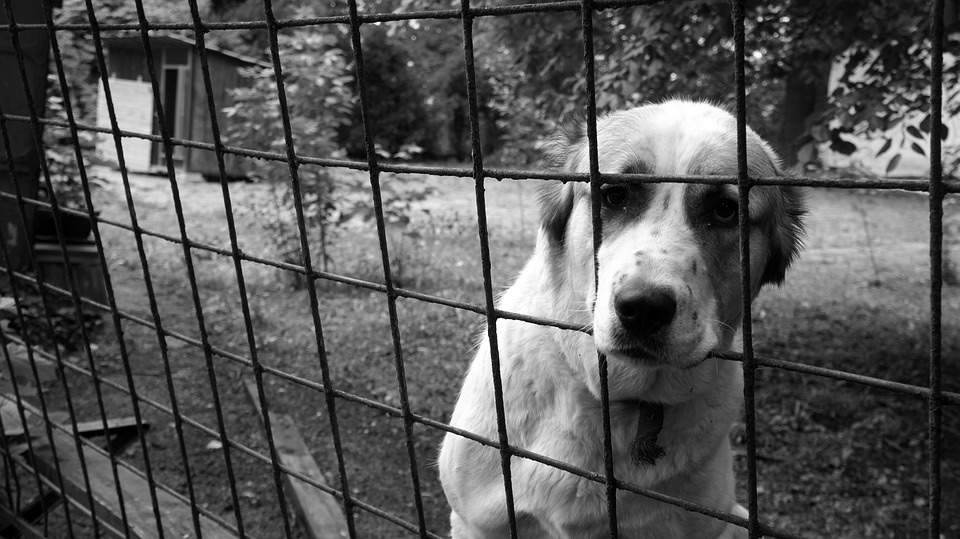 Newborn puppies are dumped into one cage in hazardous conditions. As per reports, it was found that when buyers visit the breeders; the puppies are kept away from their mother and are fed once a day. These pups are often denied veterinary care. When asked about vaccinations, the breeders nod that they are dewormed. Genetic issues are widespread in any breeding instance. They include physical problems, fear-based disorder, and many other issues.

All this has led to disruption in the ecosystem. Hundreds of dogs die inside these puppy mills and are never cremated properly, but just dumped. The feces are never cleaned or disposed of properly. These hazardous bacteria enter the soil, water, and air, causing a threat to the ecosystem. Adding ‘more’ to the ecosystem is not what we want. Right?

“If you pick up a starving dog and make him prosperous, he will not bite you. This is the principal difference between a dog and a man”. Every time a dog is bred, homeless dogs lose the opportunity to have a good life. A dog waiting in an animal shelter loses a chance at finding a loving home. It is irresponsible to bring more dogs into the world when numerous dogs are suffering every day because there are no homes for them.

This is clearly a man-made mess to meet his greed. Here, both breeders and buyers are responsible for engaging in such a monstrous act. The responsibility lies not only with dog lovers or pedigree lovers but on all of us.

Awareness is the primary step to bring in the change. Speak to potential pet parents who are planning to buy a dog. Let them know how heinous acts are performed and can affect various levels. Spread awareness on social media by sharing informational content, bust operations and various stories so that they are inspired to ADOPT AND NOT SHOP. Boycott pet shops, report websites selling dogs and inform pet shelters and rescuers. 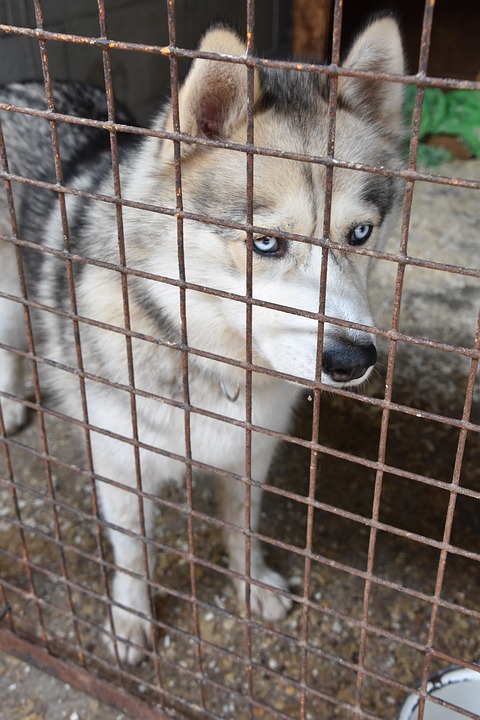 ·       Don’t fall prey to unrealistic prices. To get rid of a sick pup, the breeder may sell it for a throwaway price.

·       Insist on visiting the facility to check the environment of how pups are kept. If you are restricted, know that something is fishy.

·       Always get pups that are more than 8 weeks of age. Obtain a birth certificate card from the breeder and ensure that it holds a veterinary signature and stamp.

·       Ethical breeders perform background verification of pet parents and generally ask questions to ensure that the family is capable of taking care of the dog in the future.

·       Ethical breeders will always follow law-prescribed procedures by signing a contract and handing over the pup’s veterinary records, including vaccination details.

·       If you are prepared to care for a dog properly and for a lifetime adopt a dog from a shelter. Additionally, you can donate an equivalent amount you were supposed to give to the breeder instead.

Lastly, it is to remind all of us that “Dogs have always been loyal for ages”. Know that every dog deserves to be treated with self-esteem and respect, but not as a money-making product. “Dogs come into our lives to teach us about love, they depart to teach us about loss”.