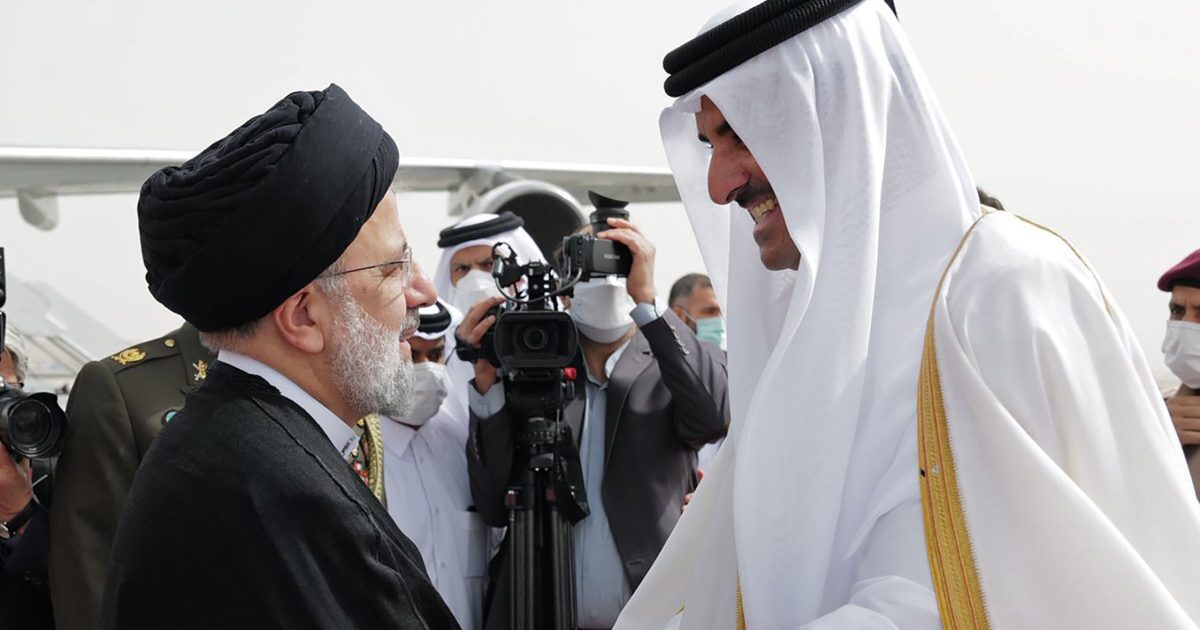 On February 29, President of the Islamic Republic Ibrahim Raisi met with Qatari Foreign Minister Mohammed bin Abdul Rahman bin Jassim Al Thani in Doha. This proves that the bilateral relations between Iran and Qatar will be even stronger in the years to come.

The meeting took place in the Royal Palace and lasted two days. During it 14 agreements were signed between Qatar and Islamic Republic. Three of them deal with maritime affairs and port management. As concerns this aspect, Doha and Teheran discussed the idea of ​​building an underwater tunnel linking the two countries. Moreover, three consular and diplomatic cooperation agreements have been signed, one of which concerns political consultations on matters of common interest between the two countries.

In July 2017, Saudi Arabia, the United Arab Emirates (UAE), Bahrain and Egypt imposed an air, sea and land blockade on Qatar, accusing Doha of supporting the Islamic Movement and financing terrorism. Because of this imposed isolation, Qatar has come closer to other strategic partnerships, such as Turkey and Iran.

During the outbreak of the so-called Arab Spring, Qatar favored the establishment of Islamist governments in the Middle East and North Africa, which faced hostility from Gulf petromanarchs seeking to stabilize the region. The letters were in disagreement with the Muslim Brotherhood's close political-military forces, which supported Doha in Egypt, Tunisia and Syria. Such conflicts of interest triggered the Gulf crisis in June 2017 between Saudi Arabia, Bahrain, Egypt, the United Arab Emirates and Qatar. The former imposed earthen, land and sea blockades on Doha based on the allegations of the small emirate. Funding activities for organizations associated with political Islam.

Later, in January 2021, Saudi Crown Prince Mohammed bin Salman welcomed with a hug the Qatari Sheikh Tamim bin Hamad Al-Thani during the 41st summit of the Gulf Cooperation Council. "The six monarchies urgently need to join forces to meet the challenges that surround us, in particular the threats posed by the Iranian regime's nuclear program and ballistic missiles" he said. The Reconciliation at the GCC summit was prompted by the willingness of counterbalancing Islamic Republic.

Raisi’s visit to Doha shows how the (apparent) end to the Gulf crisis has not affected the well-established Doha-Tehran relationship, which will be further strengthened next month by the signing of 14 agreements and the general cause. Interests are involved between the two countries. Doha will certainly help Tehran in negotiating a nuclear deal in Vienna, and the latter will support the former in its actions in Afghanistan. With this in mind, the meeting proved the mutual support between the two countries.