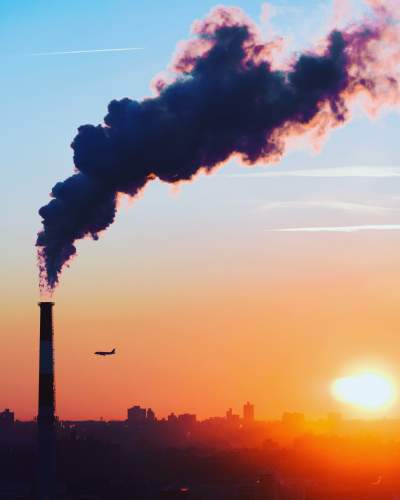 Ecological Footprint is one of the criteria to calculate the impact of human activities on the environment.

According to Wackernagel et al (1999), Ecological Footprint analyses how much life-sustaining natural capital is required to meet the resource demand and waste absorption requirements of a given population, represented in a biologically productive area. It also tracks national economies' energy and resource throughput and translates them into biologically productive areas necessary to produce these flows. Also, it compares this resource and energy consumption to the ecological capacity available in the country.

Simple and easy to calculate

The advantage of using EF is the simplicity and the easiness of the calculation.

Wackernagel et al (1999) explain the three advantages of EF. To begin with, EF makes it simple to compare human demands and the availability of natural resources with human supply. Further, EF allows for a direct examination of the size of humanity’s use of ecology for animal products and forests. Finally, EF also provides how much natural resources countries consume. Although the used land cannot be in one area due to trade, the ecological footprint simplifies the procedure and makes biological capacity within each country comparable.

These benefits are created by the possibility of Ecological Footprint’s typical calculation, from complicated patterns of using resources such as GNP, ISEW environmental space or embodied energy to a single number. This approach makes it possible for even the non-scientists to understand (Costanza, 2000).

Using land area as proxy use of resources and environment

Despite EF providing an easy understanding, the simpleness of EF also causes some disadvantages. Using land areas as proxy use of resources and the ecosystem is one of the difficulties. That is because EF does not distinguish between sustainable and unsustainable land use, however, defined (Van den Bergh, 1999).

Firstly, as Fiala (2008) explains, several aspects confuse the estimated level of EF. One of the examples is the possibility of misassumption. As more people live in the area, the usage of production will increase, but at the same time, the efficiency of production will also increase. Therefore, this estimate does not account for the possibility of land depletion and degradation, which would require people to look for new land or relocate to other areas to cultivate. While EF shows sustainability, behind the dates, the destruction of the Earth could be progressing severely.

There is another example. In the EF procedure, land use by infrastructure has the same weight as land use by agriculture, although designating land for road infrastructure is more environmentally destructive than designating it for pasture. For instance, agricultural land use with pesticides and fertilizers, groundwater control, and irrigation are considered intensive land use with the EF as they all have significant environmental pressure (Van den Bergh, 1999).

Finally, according to Van den Bergh (1999), EF may show a larger productive land area than the actual physical region, and trade is one of the reasons for this. The mobility of items cannot be properly taken into account in EF. Furthermore, because EF assumptions are based on land, EF overlooks borderless resources like oceans and underground resources like water (Moffatt, 2000).

Ignores the changes in time

The next aspect of EF’s uncertainty is that EF ignores the changes in time.

Moffatt (2000) highlights that EF is a static measure, though people need to think about sustainability in a historical time. For example, people need to consider technological change, which is worth growing. Fiala (2008) also demonstrates that the population in developing countries is increasing rapidly and consumption proportionally. However, since the ecological footprint cannot take technological progress, which is seen during the development process, into account, it is useless for future prediction and the comparison of the consumption level and biocapacity of the Earth.

Moreover, Wackernagel et al (1999) claims that neither the biochemical energy of the used fossil fuel is getting replaced nor its waste products absorbed. For example, the quantity of CO2 absorption that differs between the old and new forests could have various environmental consequences. However, it is not taken into account in EF. For instance, whether the tree could get used as timber will affect the amount of CO2 emissions is one of the significant differences because of its process of harvesting and transformation, which releases more CO2.

Besides this, Pearce and Barbier (2000) point out that EF could be a subjective interpretation because the impacts associated with the resource-demands and waste generation may vary across every type of human production and consumption activity. Wackernagel et al. (1999) also mention that the land left which could get used in the future is only the inaccessible jungle areas or the less productive areas.

Fiala (2008) notes that the assumptions behind EF are based on the minimum conditions for sustainable development. More than 50% of EF in high- and middle-income nations are dominated by greenhouse gas, though people are consuming a much large number of resources well. Therefore, the footprint cannot consider intensive production.

Finally, Costanza (2000) reveals how EF cannot discern between self-sufficiency and sustainability when assessing trade. In addition, it cannot estimate the environmental externalities and differences in labor laws and conditions in international trade. Also, EF cannot calculate the different amounts of knowledge and labor characteristics between countries (Van den Bergh, 1999).

Fiala (2008) explains that EF is working on the idea that city areas are more efficient than rural areas, and sometimes it does not consider the impact of trade. Also, the comparisons of EF between different countries focus more on the inequality of resources and miss the differences between regions in one country. Therefore, EF loses the comparative advantages of countries and areas linked to endowments of environmental and ecological resources or simply in terms of space and population density. Wackernagel et al. (1999) suggest that it is crucial to recognize that Ecological Footprints do not overlap the carrying capacity appropriated by one economy is not available to another — people are competing for environmental space.

Van den Bergh (1999) also mentions that the EF does not distinguish between imports based on sustainable and unsustainable land use. To make trade sustainable, people need to correct national and international incentives or regulations that include the environmental impacts of transport.