Gaze- Looking at the world through a gendered lens 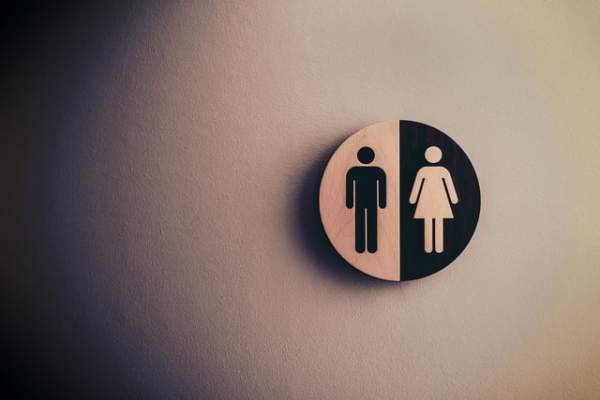 A term used commonly in everyday discourse without much thought being paid to it is ‘gaze’. To put it simply, gaze is an approximation of the phrase ‘to see’. However, the magic of language lies in its power to covertly express realities that are hidden in the exterior appearance of the word. Consulting a dictionary, one encounters a one-dimensional understanding of the word, where gaze represents anything to do with the sensory perception of the sight. However, the term can be looked at from an entirely different perspective when considered from the field of visual art and literature.

Gaze in the world of art stands for how visual representations are looked at resulting in the formation of a perception that can often have strong implications. As feminist theories form an important part of contemporary reality, the concept of gaze has been delved into deeper creating an understanding of the conventional manner in which women and their realities have been represented in various forms of art over centuries.

Art comes with responsibilities, having the innate power to relate people to their surroundings through a creative medium. Thus, while art remains a source of enjoyment and solace, its reverberation can be felt in other aspects of humanity. Art is always political and comes with consequences that encompass social, political and creative spheres of human existence.

Gaze is increasingly understood by critics as the ‘male gaze’ referring to the preoccupation of films and literature to visualize the woman as an ‘object’ to be portrayed through the eyes of the man, needlessly sexualizing their presence but often denying them the agency to exercise this sexuality. In its functioning, the male gaze empowers men to objectify women, reducing them to the status of an external object being looked at without any space for them to present their views. It invokes the politics of sexuality in a debate over equality between all genders.

The gaze being portrayed in art results in the emanation of a similar kind in the viewers or its appreciator. Before the emphasis on this concept in recognizing the art, gaze simply involved the act of glancing to create a perception of one’s own. But with greater studies being dedicated to different forms of art, a new appreciation developed where the artist or creator’s view seemed to be reflected to a certain extent in the work created by them.

This male gaze is primarily heterosexual, voyeuristic and predatory in its elemental form that is meant to strike a chord with the ‘masculine’ population governed by these ideas. Severely criticized by feminists, the male gaze is seen as a mark on the world of art that propagates the inherent patriarchy.

The male gaze is present in various forms and can be misconstrued as the only gaze due to its conventional acceptance. In its very basic form, the overt description of a female’s physicality in a work of literature or the camera roaming the female body in a particular manner, emphasizing the effect that it is likely to create on a heteronormative male is the foundational presence of the male gaze in any creative piece. The female presence is almost silently absent, understood and portrayed only with respect to their relationship to the male figure, not given a voice or authority of their own. As a result of the emphasis on the male gaze, the female figure loses her independence only to frame them as an object to be solely beheld, their opinions conveniently discounted.

The problem with the male gaze is that the gaze renders meaning to the creation and is therefore an active link between the work and spectator. The gaze is never stable and its incessant shifts help in the formation of the viewer/reader’s opinions and when women and other genders are represented throughout as subjugated presences, always as objects, never as subjects, they continue to be perceived in similar terms in reality. In such a representation, gaze becomes the medium for domination, perpetuating dominance not through an external means but as an internalized perception. The gaze also forms the basis for identification and differentiation and therefore when seeing a character view and contextualise other characters in a certain way, the audience is disposed to think along the same lines.

The male gaze is often misinterpreted as the omnipresent and thereby the only gaze to view an artistic presentation but as days pass, art is exploring various other ways to change this longstanding understanding of gaze. Today the consumer of visual arts and literature come across more films and narratives that have its portrayal from a feminine perspective, keeping the female figure at the center of the experience, not just experienced. These portrayals have a female gaze that has sought to explore women’s perceptions through various senses of the cues available in their surroundings. The female gaze is a gradual shift that is being shown today to equalize the space of art and create a perception from the feminine perspective.

With each passing day, more films and books are coming up that are inclusive in terms of accepting and portraying different gazes including feminine gaze and queer gaze. This helps in putting forth various viewpoints on the canvas, not just creating a perspective but also creating a step towards representation.

Gazes can be seen as the way to reach out and connect to the audience which also influences people’s behavior in reality. Art thus becomes a part of the lived realities of people’s lives and their views. Gaze although seemingly simple as a concept has a multilayered understanding and it is imperative that its semblance with the male viewpoint be changed to a holistic outlook.

Photo by Tim Mossholder on Unsplash