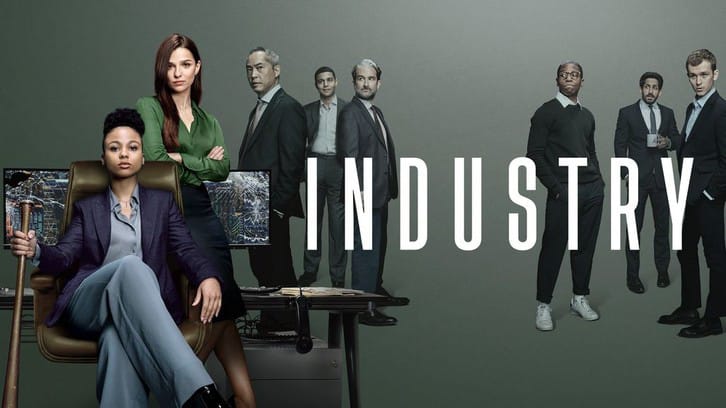 After an impressive first season, HBO’s critically acclaimed series Industry returns for season two. Premiering in the United States at 9 PM EST, the series returns its characters to office life, following the coronavirus-induced lockdowns. The characters return to a tension-filled environment following the falling out between a majority of characters.

Leading lady Harper Stern, portrayed by Myha’la Herrold, returns to the infamous Pierpoint office in London—where she immediately feels the backlash against her decisions in Season 1. The two-year time leap, as viewers will discover, did very nothing to increase Harper's general likeability when it came to individuals like Rishi and her erstwhile friend Yasmin, played by Sagar Radia and Marisa Abela.

Feeling like she has to prove herself once again, Harper seeks out a potential client. The client is hedge fund manager Jesse Bloom, portrayed by Jay Duplass. Bloom’s introduction highlights one of the more appealing qualities of the show. Bloom, a recent immigrant to London who offers Harper a promising networking opportunity, is loosely based on Bill Ackman, a financier and hedge fund manager who successfully capitalized on the pandemic. Bloom is just the kind of adventure she needs to prove her worth once more to her Pierpoint peers.

Following her fallout with Harper, viewers learn about Yasmin’s flirtations with wealth management, a profession that would grant her greater independence. However, at the expense of her standing position at Pierpoint, as well as the privileges she receives as heiress to a publishing dynasty. Despite their different motivations, Yasmin and Harper’s relationship is at an all-time low. With Harper effectively being iced out by her peers at Pierpoint, Yasmin feels emboldened and thus lacks hesitation when it comes to her eventual standoff with Harper. As well as her disparaging treatment towards Venetia, the new intern.

Robert, a potential love interest for both Harper and Yasmin, experiences a new year in the office as well. Coming out of a season where many doubted his financial abilities, with his overseer regularly chastising him, Robert rises as a promising Pierpoint member. In a conversation with Eric, portrayed by Ken Leung, the latter questions his position to which Robert resolves with a call including a foe from the former season.

Overall, the show opens with a profound power shift. Harper, Yasmin, their co-worker Robert, and even Eric, feel slighted. Following Brexit and the Covid-19 lockdowns, the London office seems to be losing its title as the center of Pierpoint’s operations, with New York and Berlin vying for ultimate control. Newcomer Daniel, portrayed by Alex Alomar Akpobome, is the human manifestation of the threatening American influence一 inviting yet alerting. His introduction startles the main cast and his quick one-liners only add to the already tense environment.

What Industry showrunners execute perfectly is the development of each character’s storylines. While Harper serves as the main character, she and her peers receive fleshed-out storylines and dynamic personalities. The mystery regarding Harper’s brother captivates viewers in the same way as Yasmin’s slow, yet dark, transformation. Especially, Robert’s promising character development intrigues the audience. These storylines, alongside their experiences at Pierpoint, provide exceptional commentary on intersectionality in the workplace without making a spectacle out of identity.

Furthermore, Harper, Yasmin, and Robert emerge as three recent graduates that have experienced various degrees of workplace abuse. In the culmination of the first season, viewers see how the confrontations with said abuse are depicted. Yasmin sees her supervisor Kenny put on leave after continuous instances of sexual harassment and dehumanization—and yet he appears seemingly reformed in Season 2’s premiere. On the contrary, Clement, Robert’s former supervisor, meets his demise in the finale. After losing his sole client,  Clement is fired and it is in those final scenes that he is humanized to an extent. His peers and the viewers get a revealing look at Clement in his entirety rather than the cold exterior he was introduced with.  His suffering does not justify his treatment of Robert, however, it provides context as to why Clement creates a character to hide behind.

In Harper’s case, she realigns herself with Eric. Despite him being the most trustworthy superior in Harper’s presence, Eric is also demeaning and verbally abusive. In a shallow attempt to combat workplace abuse, he is fired from his position by Daria. Daria serves as the insidious girl boss in the plot. She is ambitious and appears to care about ridding Pierpoint of misogyny; however, she wields her privilege like that of a dictator. She uplifts Yasmin while slowly ostracizing Harper, despite the latter being more talented and ultimately more successful.

Daria’s treatment of Harper is a glaring depiction of white women and their relationship with race. White feminists en masse expect and benefit from the emotional, physical, and mental labor of black women whilst never advocating for their counterparts of color. Daria and Yasmin both undermine Harper’s efforts to showcase her leadership skills and outright mark Harper’s pitch as one of their own. Not only does Harper have to deal with Eric, but she also has to navigate a space where her female peers fail to respect her.  Harper’s epiphany prompts her to retract her accusation when confronted by Eric and an influential Pierpoint executive.

In Season 2, Eric seemingly has Harper’s back, however he is cognizant of the criticism she receives. Both being racial minorities, it goes without saying that there is an additional level of pressure added to both characters. Yasmin, Robert and Harper, much like all of us, exist in this web of intersectionality. Whether they spend their days at Pierpoint or lose their minds in a sea of London clubbers, they can not escape the web. Despite their respective triumphs, Yasmin, Harper, and Robert are still in an abusive environment and the premiere suggests that the stakes only get higher.

Between the marvelous screenwriting, magnificent writing, and compelling cinematography, Industry is HBO’s shining diamond of the new decade. Season 2 premiere sets the stage for a dynamic season filled with intriguing storylines and poignant commentary about the workplace, finance, capitalism, and identity. Industry joins a pantheon of shows that examine the quest for power and the numerous complexities involved in obtaining authority, alongside series like Succession and Game of Thrones.

A Short History On The Rise and Crash of Cable Television