How England ate the cake and had it too 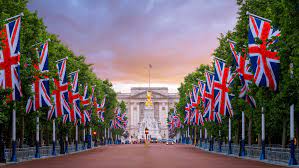 England has usually enjoyed an upper hand in world politics. Up until the middle of the 20th century, 'the sun never set on the British empire' (because, as Shashi Tharoor said, even God couldn't trust the English in the dark). So how could a small island nation rule so effectively? It was a result of their foreign policy and naval supremacy. Desh's foreign policy had the following aims -

When England realized that the policy of splendid isolation had long left the station of sanity, it moved to the sickly sweet policy of appeasement. After the first World War, countries like Germany, Japan, and Italy were dissatisfied with the provisions of the Paris conference. These countries soon began to change the status quo and aggressively increased their territories. England tried to lull them back by accepting their illegitimate demands. This policy of England later came to be known as a policy of appeasement.

England wanted to continue the balance of power in Europe in the interest of her safety. Also, England's primary source of income was trading, so she wanted open markets for its goods in all countries. Unsurprisingly England's policy of Divide and Rule policy was not unique to India. It was being tried and tested in its European neighborhood. England adopted a policy of weakening them by constant mutual conflicts. She encouraged the axis powers against Russia, turned a blind eye to Japan's invasion against Manchuria, and did not question Italy's capture of Abyssinia. England also gave a free rope to Hitler, disregarding his imperialistic designs. England also put money on the wrong horse when it thought Communism was a threat, not Nazism. After the success of the Bolshevik revolution of 1917 in Russia, she was scared of the possibility of expanding Communist ideology throughout the world. Under such circumstances, England began to patronize the anti-Russian countries to protect her trade in the colonial empire.

Differences in interest and Fuhrer's shadow

There was a lot of difference between the interests of England and France. In the peace settlement of Paris, both disagreed on the issue of League of Nations, Joint Security, disarmament, and reparation. France was a stern enemy of Germany and wanted to cripple her forever. On the contrary, the politicians of England thought that in case Germany was crippled economically, it would tell upon England because Germany was the most excellent customer of England. Thus the earlier cracks were now miles wide. Contemporary politicians of England failed to evaluate the imperialistic ambitions of fascist dictators properly with their myopic vision and continued to follow the policy of appeasement. Prime Minister Chamberlain was ignorant of the political tug-of-war and innocently believed the sermons of Hitler. Up to the end, he thought that throwing small countries to a wolf-like Germany was the way to go.

An English twist to sushi and ravioli

England's policy of appeasement began with Japan's invasion of Manchuria when Japan took advantage of a bomb explosion near a railway line at Mukden capturing it. England did not express any reaction against this. Furthermore, the foreign minister of England, Simon(the one who was told to go back from India three years ago, seems like we forgot to tell him where he was supposed to go), supported this stance of Japan in the League of Nations and no action could be taken. Strengthened by this, Japan attacked China, and the position of the League was compromised. Lord Halifax adopted the policy of appeasement to please Mussolini, the dictator in Italy. Italy had the reputation and goodwill of a cat with cream, and for a good reason. Mussolini planned to establish his colonial empire in Africa to make the Mediterranean sea, a Roman Lake swallow Abyssinia, and Albania to show his sway in the Balkan provinces. At the same time, Europe was perturbed due to the rise of Hitler. England wholeheartedly supported Mussolini, which was why he could occupy new areas and further disbalance Europe.

The "great blunder" in Germany

Lloyd George, the Prime Minister of England, had great sympathy with Germany. The politicians of England thought that if Germany were not treated liberally, her feelings of revenge would not be appeased. So England signed a naval pact with Germany to be abreast of Hitler's ambitions. This Anglo-German pact benefitted only Germany as Hitler was a man of powerful will. He soon occupied Austria and gave open support to general Franco in the Spanish civil war. It was after this that England gained its senses and decided to take stern action against him. Due to Chamberlain's appeasement policy, Czechoslovakia was sacrificed in the Munich pact. Churchill called this pact "a great blunder," taking advantage of the policy of appeasement. Hitler invaded Poland beginning the Second World War.

When something is free, the product is 'You.'

As is quite evident, England's policy of appeasement failed in toto. The European system of collective security could not succeed due to this policy of England. The following were its disastrous results:

The power and prestige of Axis nations were enhanced due to this policy. Japan, Italy, and Germany could succeed in their mission due to England's policy of appeasement.

The balance of power was disturbed in Europe due to this policy as Germany emerged to be a powerful force in European politics, and Hitler proved to be the most powerful person on the scene.

After the end of the Second World War, communist governments were established in many countries of Europe, which Soviet Russia controlled. Thus the liberal policy of Great Britain enabled Communism to increase in Europe.

The League of Nations failed to get success due to this policy of England, and the Joint Security System failed for want of proper support.

The policy of appeasement proved responsible for the outbreak of the Second World War. Hitler and other dictators could flourish because of it; had these powers been nipped in the bud, they would not have proved disastrous for the world. Although England thought that she was outsmarting all in reality, she lost it by the Second World war. The Indian colony, although milked for more than 200 years, had slipped from Britain and caused a massive loss in the economy. All things counted, England lost her steady stream of gold and gained some futile friends absent in time of need because of this appeasement or relatively mute policy. So the Old Blighty, with its laid-back attitude, lost more than it gained.

Is Pokémon Legends Arceus Worth Playing?