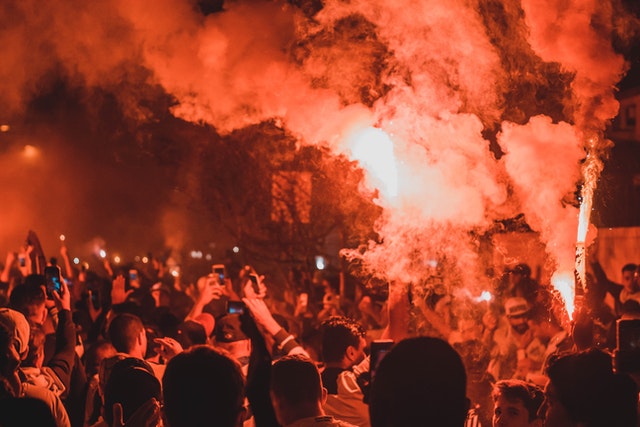 According to CBA, former President Donald Trump has been found in contempt of court. While it is a minor charge, it marks the first time in recent US history that a former US president has been charged with a minor crime. Of course, it is something that the former president's lawyers intend to fight, as they found the ruling to be unreasonable. And yet, the context is important in this case. Donald Trump refused to provide documents to the state attorney general's civil probe of his business practices, meaning the former president deliberately disobeyed a court ruling. This, in itself, spells disaster for supporters of the former president.

During his reign as President of the United States, Donald Trump sowed a lot of political discourse in the country with speeches that targeted Democrats and other liberals as the enemies of the United States, a belief held by many of his supporters. During his reign, massive protests were held against policies he supported, such as the infamous Muslim ban he attempted to implement, police brutality, which he refused to address, and his own rejection of the 2020 election results. According to Forbes, in the eyes of many Americans, he was responsible for the January 6th insurrection of the Capitol Building in which Trump allegedly started a riot to put pressure on his vice president, Mike Pence, to overturn the results of the 2020 elections, a claim he still believes in. It was Trump's last notable act of controversy, and yet despite all of these controversies, the twice impeached former president still has a devoted following, a following so strong that many speculate he will run for the presidency again in 2024. And despite this, Trump has had a record of ignoring and, at times, actively combating against the law whenever it is not in favor, and his behavior towards the law has been adopted by his supporters.

Not only has Trump deliberately ignored the ruling of a court in the United States, but he also ignored the Supreme Court's rejection to hear his case that the 2020 election was stolen from him, according to NBC news. It's a move the Supreme Court does whenever it deems that a case does not have enough merit to be given a ruling, and given Trump's legal team had very little evidence to back their claims, the ruling came as no surprise. Yet, Trump ignores the decision by the Supreme Court and continues to insist the election was stolen, producing and promoting a variety of conspiracy theories to back up his claims, as seen on the New York Times. And of course, he is not alone. Many of Trump's supporters have shared false information on their social media to promote Trump's idea that the election was stolen, adopting the mindset that Trump actually won the election but was denied his victory. Even two years from the election, there is no evidence to suggest that such an event occurred, and the election of 2020 was called the most secured election in recent history by the AP. And yet, Trump supporters continue to insist the election was rigged, refusing to acknowledge their loss and refusing to obey the ruling of the Supreme Court.

And while the insurrection of January 6th is a prime example as to how Trump stoked a crowd of people to riot at the Capitol, his reign as President of the United States also saw massive political violence from the far-right. In Charlottesville, a far-right extremist ran over a crowd of people, killing two, reported by Cincinnnati.com. During the 2020 presidential race, a truck of Trump supporters ran a Biden campaign bus off the road, as seen in a video posted on Yahoo. And yet, despite this, Trump did not condemn nor address the actions of his supporters in the latter two examples. For Charlottesville, he refused to condemn the actions of the man who ran over the crowd and claimed there were "bad people on both sides" as stated by The Atlantic. While he might not have directly encouraged violence, Trump's refusal to condemn the actions of his supporters can be interpreted as tolerance towards their actions. Because of this, Trump's indifference to the violent acts of his supporters makes him appear as a man who does not care about the lives of human beings who think differently than he does.

And with his speeches attacking liberals by calling them "election stealers" as reported by USNews and "people who want to destroy our country [United States]" reported by NBCNews, he is deliberately striking fear into the minds of his supporters, some of whom attend his rallies frequently. Trump fashioned his speech in a way to stoke a response from the crowds that he addresses, and it's part of the reason why so many right-wingers have taken matters into their own hands during his reign as president. Trump supporters pointed guns at BLM protestors, trump supporters ran over people in his car, and trump supporters ran a bus off the highway during the 2020 election. Trump himself has chosen to use violence on occasion, gassing BLM protestors and having police shoot at the crowd with rubber bullets, so he could stand for a photo op with a bible. The example that Trump is setting for his supporters is clear. He wants them to be violent, and he wants them to advocate for him on his behalf. It's why he constantly provokes them in his speeches by bringing up how liberals are destroying the United States. And as for the safety or well-being of his supporters, Trump has chosen that he does not care.

By ignoring the court order and being charged with contempt of court, Trump has shown that he believes he is above the law, and this is a sentiment shared by many of his supporters. According to CBS, some of the people who stormed the Capitol Building foolishly thought that the president would pardon them before he left office. When he did not, many of them used the excuse that they were following the orders of President Trump that day in their legal defense. His own supporters seem to think that if they can hide behind the reasoning that they did for the former president of the United States, they could escape capital punishment for their actions. Many of them were even surprised during the day of insurrection that they were met with any kind of resistance at all, as seen in an infamous Youtube clip in which a woman acts surprised that she was pepper-sprayed for storming the Capitol. Another famous incident occurred when a white American male harassed a Muslim family at a Texas beach, shouting, "Donald Trump will stop you", as reported by Arada. Again, a trump supporter hid behind the excuse that they were harassing people because of Donald Trump. According to Metro, a Trump-supporting teenage boy shot and killed two BLM protestors, and though he would claim he was doing it in self-defense at his trial, he was meant with approval from the right for standing up against the BLM movement. And while some may try to say that there are violent people on all sides, as Trump did during Charlottesville, it's important to note that right-wing terrorism has been on the rise in the US ever since Trump took office, as reported by The Washington Post. And while Trump might not be advocating for violence against the people he speaks horribly about, he continues to put their lives at risk by sowing fear into his supporters that the Democratic Party, Muslims, and BLM protestors are coming for them. If Donald Trump hopes to win in 2024, he must choose his words carefully when attempting to express his ideas, or he might continue to see his supporters committing acts of terrorism once again as they did during his first term in office. Perhaps it is best if the Republican Party chooses a less combative and more careful person as their presidential nominee, but seeing the love Trump gets from the GOP, it is much unlikely they will choose anyone but Trump himself.