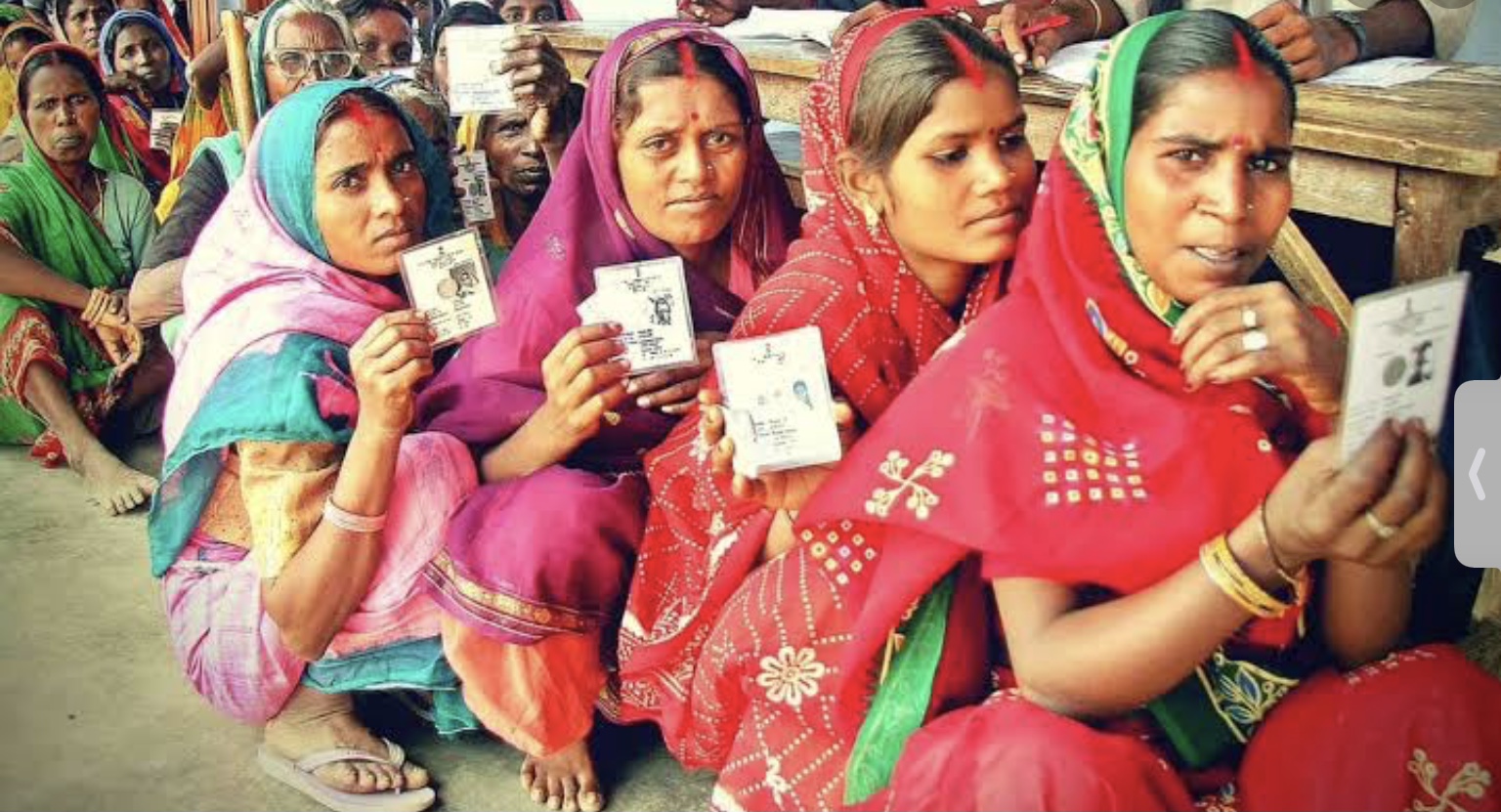 Even though fair elections are held at regular intervals for state assemblies and parliament, they do not reflect a fair picture of equal participation of voters, especially a large number of women voters.

The word “ missing women” was coined by Amartya Sen when he showed that in parts of the developing world , the ratio of women to men in the population is suspiciously low. This can be ascertained by the help of the staggering sex ratio ( number of females per 1000 males) in countries such as India and China which reflected the gross neglect of women in voting .

Although the  2022  state assembly election witnessed an attractive women vote count , there were still a large number of them that did not vote . Women voter turnout in Uttar Pradesh exceeded that of men , though the overall turnout as well as female voting percentage was lower than in the 2017 election . In Uttar Pradesh as many as 62.24% of women electorate cast their vote higher than men who clocked a voting percentage of 59,56% but lower than the 63.38% female turnout recorded in 2017 polls.

The 2022 election the overall voter turnout was the highest in Amroha (72.27%) district and the lowest in Balrampur (49.12%) . A number of women voters were missing from U.P assembly elections due to various reasons. A large number of them had migrated to other states preferably Delhi  and NCR, Bihar , Rajasthan on account of pandemic related migration.They did not have time and money to return back to their villages  to vote .

In 70 years of Indian democracy, the absolute number of missing women has increased fourfold from 15 million to 68 million. This is not merely a reflection of the growth in the overall population, but rather of the fact that this dangerous trend has worsened with time as the number of female electorate, missing women has gone up significantly .

Not all women who are eligible to vote in Indian elections are registered to vote and are therefore missing from the electoral list . It is due to this reason that competitive electoral processes can perpetuate gender-biased policies in India. In the presence of missing women whose consent cannot be taken into account in the electoral process, democracy will fail to deliver policies that promote women’s welfare.

Even though a higher percentage of female voters go to the polls, there is a significant gender imbalance in India’ general population. According to the country’s 2011 census, the country has approximately 943 women for every 1000 men. This places India near the bottom at 186 out of 194 countries, according to the world bank. The sex ratio  among registered voters is even worse . There are only 908 women for every 1000 men on the country’s voter rolls.  This means that despite progress, Indian women suffer a double -blow at the polls.

If taken across the country, three  states – Uttar Pradesh , Maharashtra and Rajasthan-accounted for more than half of the missing female voters. More than 20 million missing women , 30,000 women voters on an average in every constituency goes missing . Although the election commission adopts measures to ensure women vote inclusion by door step verification , a substantial number of officers involved , state TV and radio programmes motivate women to register, and several polling stations dedicated exclusively to women, despite this many women voters are left out. Shift of residence after marriage, refusal to provide photographs of women to officers to publish in voters lost are some of the reasons .

According to “ Down to earth” , “ India is facing an extraordinary situation that is terribly unfair to the women of India—21 million women who are entitled to vote will be denied the right to do so because their names are not on the voters’ list”.

The disenfranchisement of women voters was stark in the 2014 Lok Sabha elections when 23.4 million women were denied their right to vote . According to Down to earth , “ On an average there are over 38,000 women voters that go missing in every constituency” .

It is time to seriously consider the factors that are responsible for depriving women of their right to vote . Generating awareness about the basic constitutional rights in the first step which can be taken towards this direction.