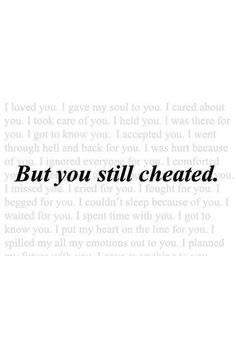 A few weeks back, Sonia Booth, the wife of a former football player, Matthew Booth, broke the news that she found out her husband was cheating on her. How this was covered when she saw him bake a cheesecake in the evening, thinking it would be for their sons, but the following morning it was gone. Only to find out later that it was for his mistress. She went on to social media to expose him and the mistress. This week again, the famous singer Msaki was caught cheating with a married man Smash Afrika as a married woman. The same married man said Msaki gives him peace.

Married people are known for infidelity, and it puzzles one’s mind why married people would cheat when they stood by the altar and promised till death; it should include cheating as well.

Why do people cheat in relationships?

But scientists give us a different perspective regarding the topic to cover in dishonour and unsolved problems. As researchers have shown us, cheating is hardly an easy affair. Many people cheat, and the patterns are much more difficult than stereotypes suggest. The research says 495 people, making it 87.9% of whom call themselves heterosexual, which means being sexually attracted to the opposite gender, were chosen from a participant pool at a large U.S. university with relationship themes.

The members mentioned that they had cheated in their relationships, and they were then asked why they did that. One observer said that some reasons are anger, self-esteem, lack of love, low commitment, need for variety, neglect, sexual desire, and situation or circumstance. These motivations not only pointed out why people had infidelity but how long they were dishonest with their partners, their sexual desires, and emotional speculation in the affair, even if their primary relationship came to an end.

Even though cheating includes sex most of the time, it is hardly about it. Some are in it for emotional attachment to their cheating partner. The most common report was that candidates were feeling unloved in their primary relationships. A third of the candidates expressed that they were more affectionate to their new partner than their old one. In addition, about the same number had sexually direct conversations with them. Four out of ten had intensive discussions, which included “I love you". Some mentioned disconnecting from their old partners and feeling loved in their affair because of the lack of love from the primary relationship, it becomes more satisfying like new love.

Even though cheating happens in secret, some people are less vigilant than others might be by mistake or not. Those who had affairs because they felt unloved went on public dates and displayed affection for their partner in public. Public Affection Display is known for those who look to feel some self-importance. Situational cheaters were less prepared to cheat openly as they did not want to get caught red-handed.

Affair is a relationship killer, although the purpose of the participants' old relationship is less of an act than the reason behind it. It is a legitimate reason to end a relationship as it brings anger, lack of love, less commitment, and neglected feeling.

Bitterness in courtship is a known fact. The cheater may try to solve problems in the relationship without fail. Some have second thoughts about entering a courtship, are jealous of the baby receiving more attention, or there is a lack of communication from the neglected partner regarding their feelings. Some problems are more in-depth than meets the eye going way back to their childhood problems which include negligence, abuse physical or mental or a parent who had infidelity. This leads to an inability to be committed to one partner. Usually, the cheater has no morals, lacks compassion, or does not care what happens afterward.

Most factors have been monitored, but it is safe to say that their partner can not be the cause of their infidelity. Whether it was them seeking help or wanting to leave the relationship, or getting vengeance. The cheater alone should take responsibility for cheating. Men usually cheat more than women and want sex or attention out of it. Men physically express their feelings. They hardly express their feelings for their partners. So intimacy is another way to connect with their partners.

If men are not fulfilled sexually, they get hurt as it is their only love language. It is called feeling neglected and unsatisfied. Men cheat because of feeling self-doubt. Women cheat because they feel neglected emotionally and feel neglected by their partners. They want to be loved and showed compassion. Women often complain about feeling unwanted and disregarded and seek emotional connection in an adulterous relationship.

An affair is usually an “unsettled” partner for the woman as a way to end the relationship. She looks for a way out and she just got a reason to do so. This does not mean sexual satisfaction is not the main drive.

Coping with a cheating Spouse

Most people leave the relationship after a partner cheats some stay. Sometimes people have a hunch that their partner’s attention is somewhere else but never have solid proof of who. While some ask directly, you may think it will cause tension if one becomes direct by asking. Most of the time, spouses lie, but some are truthful.

Cry for help Vs Exit Strategy

Some would say an affair in a marriage cries for assistance, another way to make them face their relationship problems that both participants are avoiding. In this instance, the partner wants to be caught as a way to address more issues. Others see cheating as a way out of the relationship or end an unhappy ending. Even though there is no primary reason a spouse cheats, it can be very distractive or motivational for the marriage. This will be dependent on how it is dealt.