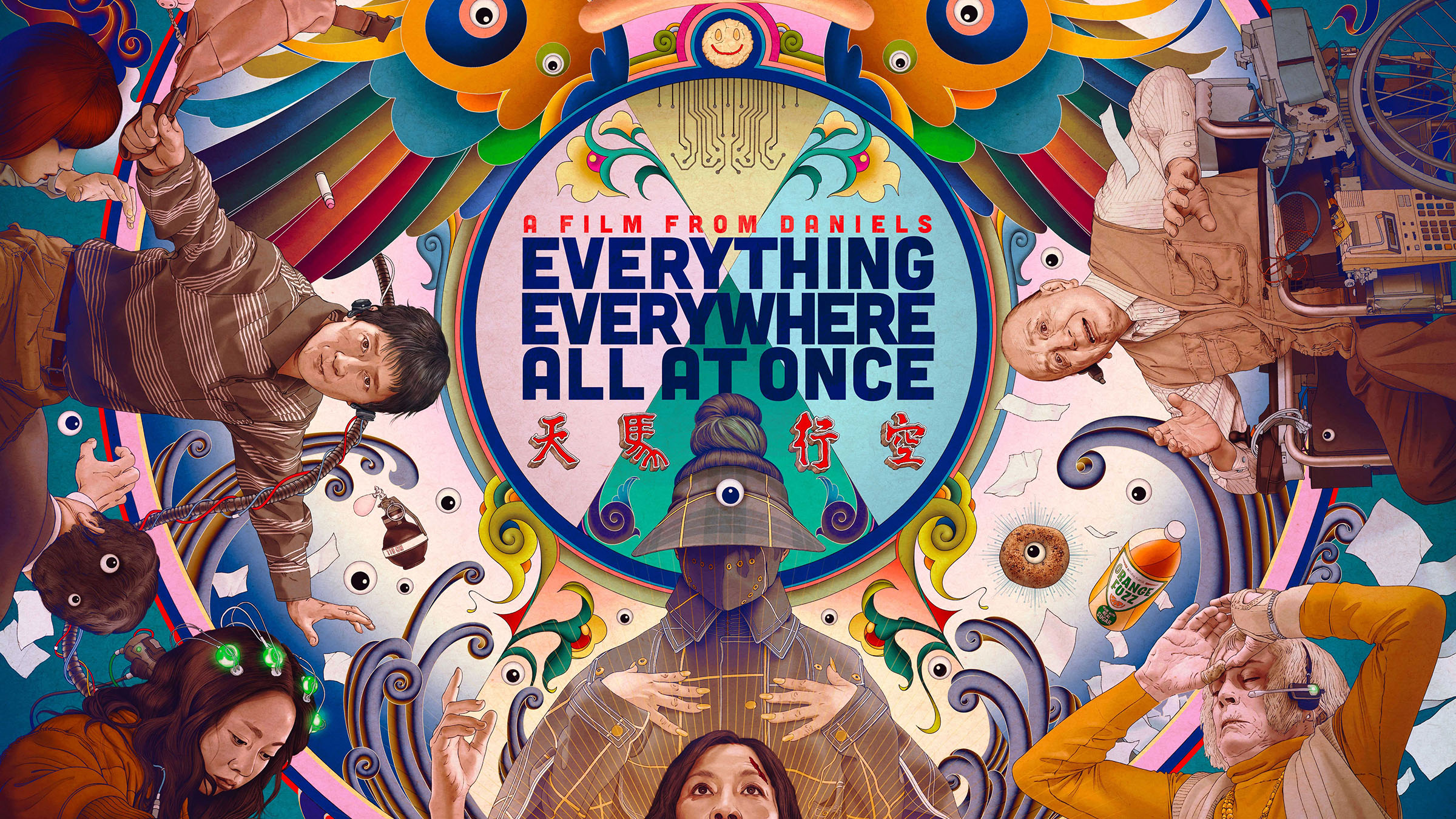 Everywhere we turn, there seems to be another disaster. The raging wars in Yemen, Ukraine, Israel, and Palestine are plastered all over our social media feeds and news channels. Fears about recessions and inflation are plaguing the United States. Climate disasters devastate communities in America, Senegal, and Pakistan alike. The protection against viruses such as COVID-19 and monkeypox has been disrupted due to misinformation and political polarization. Needless to say, billions of people feel the pressure of these calamities.

In a world full of such calamity, could it ever be possible to make it to the other side, or even dream about it? Recent examinations of a rising trend in nihilism suggest otherwise. After the pandemic, in April 2021, there were 115,000 new members to the "r/nihilism" subreddit. Nihilism has existed long before the digital world, however, the "peculiar" phenomenon has recently increased in popularity since the year 2020.

Centuries of corruption and oppression have led to this very moment. In efforts to protect American democracy, some are starting to realize that their institutions are failing them. Others concluded that these institutions were created to protect the interests of a small number of communities at the expense of the rest of humanity. The political polarization present is a symptom of such realization. Michel Gueldry, an Intercultural Studies professor at Missouri University of Science & Technology explores this phenomenon in his piece titled “America’s Heart Of Darkness: Making Sense Of The Nonsensical Allure of MAGA.”

Gueldry asserts the paranoia seen in far-right wing movements is derived from “poisoned sources.” As a result, the United States struggles to cope with the rise of the “cultish nihilistic-rage” that defines the MAGA movement. The United States relies on fear to intimidate foreign and domestic rivals both belligerent and benevolent. Consequently, American intervention stokes feelings of nationalism and xenophobia. Gueldy references both wars in Iraq and Afghanistan to highlight the use of fear to quell dissent abroad.

Domestically, many Americans are distraught by the effects of mass surveillance, the lack of urgency to remedy global pandemics and the opioid epidemic. As a result, American domestic and foreign policy have left citizens disillusioned with the government.

The rise of international far-right movements is not a coincidence. Whether it be the “great replacement” theory or the anti-trans hysteria, these threats should be taken more seriously. People are fed misinformation and disinformation about marginalized groups. Conservative politicians and commentators benefit from this trend by gaining more platforms and funding.

Being marginalized would entail having a whole new relationship with nihilism. People who have existed without the many privileges in life to help protect them can easily slip through the cracks and subscribe to nihilism. In a world where dehumanization is normalized, it would be naive to disregard the specific experiences of marginalized individuals. Bigotry is prevalent, as evidenced by everything from workplace microaggressions to exploitation in the entertainment business.

To be constantly perceived as insignificant, despite living in the same world as everyone else, can create a negative effect on a person. According to Juan Luis Toribio Vazquez, professor at the University of Kent, nihilism is a complex philosophy best described colloquially as “life has no meaning.” Does that render social justice movements useless? If nothing matters, people give in to the status quo and accept it without questioning it. If people surrender to the status quo, what would convince them to act when their rights are infringed upon? These are important instances to consider when examining nihilism in the modern age.

Thankfully, underrepresented groups have united in communities on and offline to share their experiences, bond, and ultimately learn to appreciate themselves and the world around them—despite the various dangers. Through the building of such communities, there appear to be reliable remedies to nihilism. Australian author Wendy Syfret explores the idea of sunny nihilism, which allows an individual to “start on a blank page,” and to create meaning for themselves.

Allowing individuals to have a fresh start, rather than letting the status quo drain them. Instead of taking systems, rules, and roles of authority at face value, sunny nihilism prompts people to look at life as being composed of social constructs. As a result, people's goals and motivations are called into question. If there were no systems in place forcing us to do particular tasks, would we act in the same manner that we do now? What if we didn't put our survival in danger by rejecting capitalism and conventional politics?

Luckily directors Daniel Kwan and Daniel Scheinert toyed around with the concept for their blockbuster hit Everything, Everywhere All At Once. The film focuses on a Chinese immigrant family's fantastical adventure throughout the multiverse. Throughout the film, Evelyn, her husband Waymond, and her daughter Joy handle nihilism in different methods. Waymond acts as a figure of optimism, appreciating the beauty of the human experience even in its simplest forms. Joy’s characterization helps audiences understand what can lead someone to adopt nihilism. Her hopelessness and despair stem from her disregarded existence. She’s a queer, first-generation American, who has a judgemental mother. Although most individuals may connect to this novel, the plot raises issues about what constitutes ordinary.

The discourse around generational trauma has highlighted conversations about parents and their relationships with their children. Especially in marginalized communities, parents feel like they have made a sacrifice to afford a better life for themselves and their children. What goes unacknowledged, is their trauma from their childhood. Evelyn, portrayed by Michelle Yeoh, was disowned by her father following her marriage to Waymond. As tragic as the situation is, disowning is a common trend in marginalized families. By isolating their kids for forming a sense of identity, angry parents reinforce the traumatizing cycle. Whether it be because of their queerness, their resistance to respectability politics, and advocating for their agency, children making decisions for themselves can create conflict. Independence can be a perceived threat to the parent’s power.

Evelyn's storyline also touches on the politics of disposability. If people can not be “fixed” into a certain image, we dispose of them. The likelihood of redemption is considered null and void. As seen in the film, her father disposes of her because she made decisions about her own love life. Consequently, Evelyn begins doing the same thing to Joy despite it being less blatant. Evelyn stands in the middle of the two extremes. What makes Evelyn such an exceptional character is her relatability. For one, it is not surface level. She explores her deepest desires and regrets, consequently questioning her existence. Kwon and Scheinert’s depiction of her descent into nihilism reads more like a slippery slope. If anything, the filmmakers emphasize how universal these experiences are. Thus, anyone could subscribe to complete hopefulness.

Evelyn and her family ultimately prevail by adopting a sunny nihilist perspective. Instead of believing the concept that nothing matters, Evelyn and Joy bring meaning back into their lives. They love one another because they want to create meaning out of nothing, not because they are forced to by strict social systems. The simple act of creating a bond and sustaining it is more powerful than initially perceived. We hold relationships as integral to our lives because our friends and family reaffirm us as we reaffirm them. From a sunny nihilist perspective, we would give energy to creating and maintaining relationships. Thus, creating meaningful aspects of our lives out of nothing.

In the face of all the traumatic events in the world, hope motivates me to continue caring. In a society without hope, crimes go unpunished, and because people feel obligated to follow someone else's rules, they are unable to appreciate the beauty of earthly existence. The potential to make our environment better for our peers and future relatives, to fulfill dreams once rendered unbelievable.