Interdependence of religion and media. 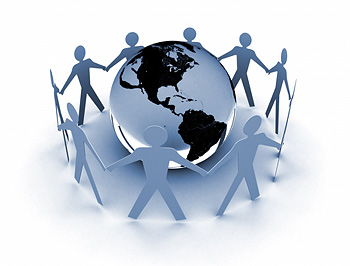 The mediation of beliefs is a practice that dates back to the very beginning of humanity. Various religions have been typified by their relationship to various media. In the twentieth century, several religions developed a particular relationship with the mass media. Allied with the assumption of a kind of dualism, these relationships separated the "sacred" sphere of authentic religious history, claims, faith, and practice from a "profane" sphere represented by the media. Islam, for instance, is widely considered to eschew mass media and mediated visual representation in particular. Buddhism is also thought to be separate from a media dominated by materialism and material concerns due to its asceticism.

Media and religion are morally separated but walk hand in hand in success and failure. Religion needs to be spread and the media is instrumental in doing that. Religion is for the mass of followers and media plays a crucial role in influencing them. From ancient religious beliefs to today's cultural trends, media play an important role in advancing different religions and cultures. Through technology, such as internet calling and live broadcasting, believers can virtually praise and visit holy places around the globe, thus helping all followers to come together and portray their religion, beliefs, prayers, aims, etc. In other words, media is the home of a wide range of religions.

Today, Christianity, Hinduism, Islam, Buddhism etc., are some religions ahead of their race. Many people live in diverse parts of the world and practice the same religion even though the practices differ. Through mass media, a greater understanding of the diversity of religions and customs is uncovered. The religious sector uses media most heavily, as praises can be sung and movies watched. Visualizing the religious folklore in animated stories, songs, movies, documentaries, etc. helps in understanding the traditions and values of other cultures. Through ancient stories, manuscripts, folklore, tales, etc., the media also informs us about lost traditions and beliefs. Moreover, it attracts others to the beauty that one's traditions and customs sustain. However, it isn't as simple to use as it may seem. As said earlier, the media helps in influencing the masses, so this can also be applied to malpractices such as using it to convert people to a different religion.

Conflicts arise between different branches of the same religion simply due to differences in practices. Most people follow blindly in the footsteps of what they hear on the internet since they tend to believe everything they see is true. Both ignorance and toxic influences contribute to this. However, it does not stop at the internet; it plays a fatal role in every aspect of life. People brand some religions and cultures as impure or sinful, terrorists, etc., which promotes social disparity, inequality, and terror. This hatred has led to innumerable protests, fights, conflicts etc., resulting in both beliefs and society becoming deeply rooted in such hatred over time.

But, looking at the other side of the coin, the interdependence of religion and media also has its pros and cons. Media has transformed the whole planet into a global village. Through the means of television and the internet, information about any part of the world can be known in the blink of an eye, thereby making media the best way to spread knowledge, information and news worldwide.

History has proved that innumerable deaths have occurred on account of religion. However, the religious beliefs of certain people who are perhaps, irresolute or of an unsound mind, have helped them become functional, contributing members of society. For them, their religion acts as a security blanket to help them cope with their existence while at the same time reassuring them of their afterlife. To explain this, in a church, the money collected is usually utilised to help members of that community for various financial, social, etc. reasons. Further, confessionals act as a means for the priest to diagnose problems in the community and then broadly address those issues using Bible verses during Sunday mass to help people find a way through their troubles.

Among its numerous roles, media also educates people about their basic rights as well as acts as a link between the people and the government which uses different means of media to convey its various activities and policies. Nevertheless, for a considerable amount of time, media has been the most influential tool for people to resort to violence. Studies have suggested that exposure to violence, vehemence, cruelty, etc. on television, in movies or video-games create a mark on the impressionable minds of children, thus, making them more aggressive, fearful, and a victim of unconsciously accepting violence. Moving on to the trauma faced by youngsters, sex and violence portrayed through media also lead to the advancement of sexual offences and brutality including abuse at home, on streets, towards children, etc. On another front, advertisements popularising false beauty standards and the need for branded items, act as a bad influence on children and youngsters, making them status conscious. These whippersnappers then resort to violent means to fulfil their monetary or selfish needs so as to satisfy their unnecessary need to impress others and represent their “high status” in society.

It would be safe to say that religion is one of the most dangerous lies human beings have ever devised to inflict on one another. On similar lines, it tends to create a division between people who follow and who don’t follow the “approved” religion, thereby dehumanising the latter. This, in turn, gives a free pass to the followers to spread hatred and crucify or kill others in the name of their religion. The feeling that one’s religion is blessed or greater than that of the others often makes people of one culture despise or hate other religions. The media has, unquestionably, made a big contribution to the years of misinterpretation and hatred spread by agitated people in the form of hate speech, abusive acts, inhumanity, etc. hiding under the shelter of religion.

The following example sheds more light on the issue to a greater extent- On 16th October 2020, a French professor, named Samuel Patty, presented a short cartoon clip in his class featuring Prophet Mohammad, which offended a Muslim student so much so that he walked up to the professor and killed him in cold blood by slitting his throat with a knife. This petrifying act spurred tensions in the sphere of xenophobia and hatred worldwide, especially through various social media platforms. To analyse this incident, we can say that the intertwinement of religion and media has thrown the beliefs and opinions of many people worldwide into a spiralling wave. Media is responsible for connecting people globally and this connection is somehow made stronger by the belief and faith people have in their religion. Exercising the simplicity of social media or the internet, nowadays, many people anonymously post cartoons of worshipped deities, religious symbols or activities, and even use disparaging language towards other religions. Vicious minds even use social media to post fake news which is mostly spread intentionally to cause communal riots. Apart from the above-stated example, there are also numerous instances of people getting caught by law enforcement officers due to their demeaning acts or words that lead to the spread of hate towards any religion.

Users of social media or any other media for that matter must be vigilant and not believe everything they see or read in front of them; sources should always be verified. It is extremely essential that this sacred platform provided by media is exercised with utmost care and, in accordance with our rights and duties, not only as citizens but also as human beings.

Impact of social media during the time of Pandemic

The Digital Age of Information