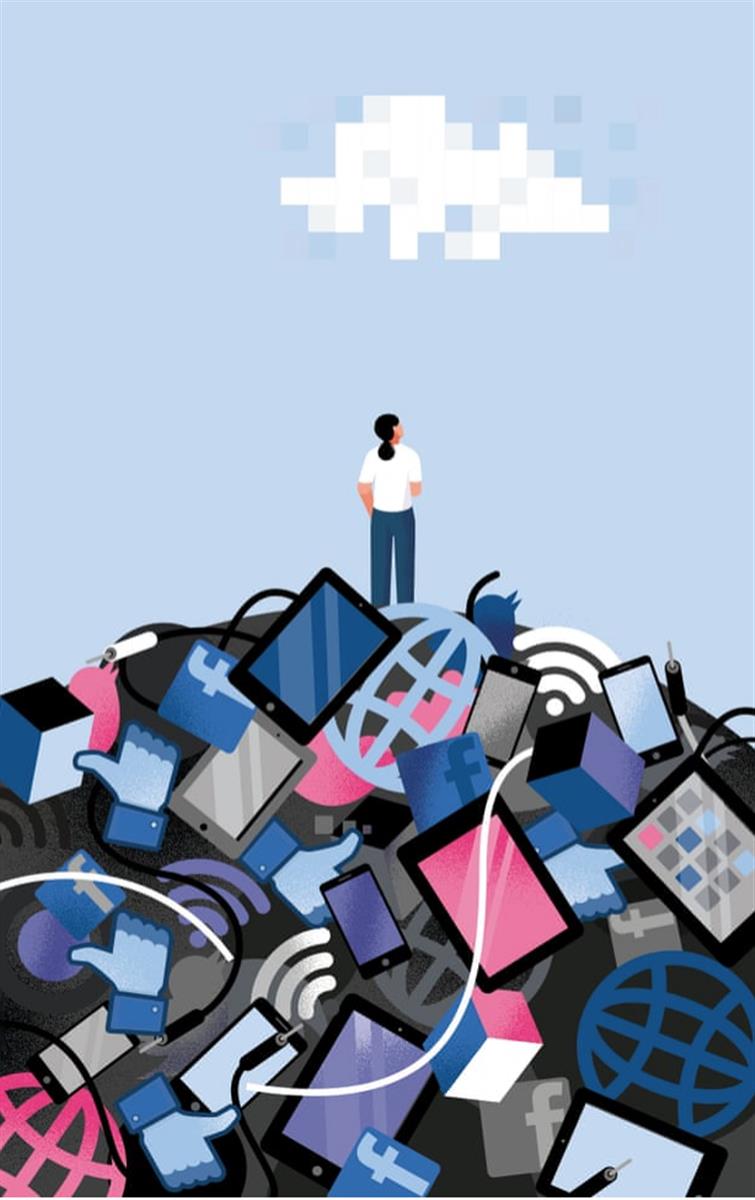 The democratic space for dialogue arose a long time ago, not as we know it today, but the idea of debating different perspectives was apparently born in the middle of Ancient Greece, and we follow until today some remnants of those movements called now "freedom of speech". The main difference is that, during this great space of time, a new debating stage was born: behind digital screens.

Unlike the first democratic dialogues, the internet works today as a great space for socialization. There is a paradox of the use of social networks that permeates between fun and activism, making it possible to express oneself in different ways with just one click.

Additionally, the internet is used as an instrument of political and social action by different groups. This banality of allowing anyone to talk about anything and everything has brought an antagonism to the role of digital space. On one hand, it has allowed marginalized groups excluded from the political debate to finally have the freedom to express what they think. On the other, it opened space for hate speech and the lack of boundaries between freedom and violence.

In this cyberspace, there is a tendency of insults and cruel comments that do not fit into what we may call free expression. This happens mainly because of the absence of clarity about the "rules'' people should follow when surfing online. People who hide behind fake profiles to remain anonymous go against being present in a democratic debate.

However this diversity of groups in online debates is extremely important for a full exercise of democracy. It is easy to find comments and "opinions" that hurt human dignity, as well as cultural and social differences. It is like winning and losing at the same time: we guarantee the basic rights of freedom for every citizen and, at the same time, we are exposed to hateful and violent speeches.

Zygmunt Bauman, a polish sociologist warned us about the negative impacts of the “light and liquid” software-based modernity. His studies explain the inconsistencies intrinsic to the generalized use of online platforms. People have transformed their individual experience of living in a fluid state of nothing.

People might love the immediate responses they receive on the internet when they share what they think, but it is important to not forget that the construction of life-politics is not a playground. While the internet is a place of freedom, society need to use its power carefully.

Bauman was right when he argued that people are increasingly far from real interactions and the internet has facilitated this escape. An escape that allows a social and political structure different from the one we find in "real life". The free exercise of citizenship started to happen in a conjuncture which, apparently, everything is valid. We started to deal with the internet as a "lawless land". However, if digital contents are real opinions coming from real people, when will we face that there is a person behind every screen?

If the internet has become a space for socializing and, more than that, a fundamental tool for doing politics, it is more than necessary to adapt the rules of the "real world" also in this digital world. We cannot allow social networks to become a playground for cowards.

This new model of debate has decentralized the issues related to society from an elitist core allowing groups outside this atmosphere to participate in debates that was previously dominated by the elite political, economic and cultural environment according to its interests. While the internet has brought accessibility to citizenship, the negative potentialities of the digital ambiance cannot be ignored or treated as unimportant.

It is time to accept that the politics of hate being perpetuated through a social media profile only needs a fertile opportunity for it to be perpetuated in real life as well. People are what they are, on and off computers. After all, a racist is still a racist even if they don't say it out loud.

Journalism as a target

Why are we hiding behind the screens? We hide because we are cowards and because we like to use the existence of others to justify our inability to face facts. Unfortunately, the Internet has been used as a source of escape for those who have no interest in looking at reality in a more tangible way. Due to the ease of "assuming what one wants" in the online world, people have started committing cybercrimes as if they were no big deal.

But beyond the obvious (that is the malignancy caused by opinion-shaped hate streams), what are the consequences of the internet having become an environment of negative potentialities that may, in a few years, surpass the positive ones? I fear it is the weakening of Journalism as a serious and credible informative institution. The fake news movement that has been happening in America is not a mere coincidence. The decentralization of news has meant that journalists are not the only ones "reporting" facts out there.

This "information" circulating around the world ends up being considered, by many, as safe sources of information. In Brazil, the issue of fake news went beyond social networks and even hindered the work of doctors and scientists in the period when Covid-19 was killing about 5,000 people a day.

The spread of misinformation occurs all over the world since the internet is a global place. A report conducted by YouGov and partners at Reuters Institute and Oxford University looks at online news consumption in 46 markets and explains some reasons why relations between traditional journalism and the public are troubled.

The results should scare any citizen: public trust in the news provided by newspapers fell in almost half of the countries and increased in only 7% of them. 42% of people in the sample claimed not to trust most news. Finland, for example, remains the country with the highest levels of overall trust (69%). In the US, only 26% trust the news.

The figures seem clear with regard to the trust of the population, from various countries, in journalists. If in the past the profession was considered one of the main pillars of democracies, today it is put to the test through social media. The weakening of journalism as a strengthener of the rights and guarantees of citizens is, in fact, a multifactorial issue. However, we cannot fail to look at the Internet as one of the facilitators of this process, it is like winning and losing at the same time.