Is Islam A Religion Of Peace? 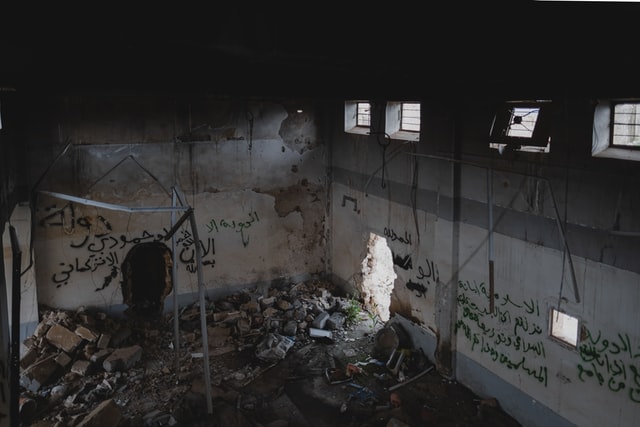 Growing terrorism in the world because of Islam and in the name of Allah (In every attack on innocent people and public places, terrorists chant Allah) in the 21st century has raised a question about Islam and Islamic doctrine. The world is divided by Islam. People who follow Islam defend Islam on every platform, and people who follow other religions attack Islam and openly criticize Islam and Islamic ideology for promoting hate and terrorism.

Some of the Quran and Hadith texts are objectionable and promote hate for those who follow other religions. On the other hand, people who follow Islam call such people and writers Anti Islamic. According to Lebanese-American conservative author, Brigitte Gabriel Evolution of Islam is based on Violence.

Many historian and people around the world claims that the Quran calls for Muslims to murder all non-believers based on the Quranic verse found in the Surah At-Tawba:

According to Studio Arabiya, "Non-believers" and "polytheists" were words used as blanket terms to describe the persecutors of the Muslims. Rather than denoting whether or not someone accepted the message of the Quran, they were used to describe a person's reaction to those who did. If somebody made it difficult for the followers of Muhammad to exercise their religious freedom, they were dubbed a non-believer or a polytheist.

But on the other hand,  Ibn Kathir explains that Muslims are to fight mushriks everywhere on Earth until "they will have no choice, but to die or embrace Islam."

They are the worst of ˹all˺ beings.

Indeed, those who disbelieve from the People of the Book and the polytheists will be in the Fire of Hell, to stay there forever. They are the worst of ˹all˺ beings.

Adhan: the Islamic call to prayer OR Rejecting the existence of other religions

Muslims are called to the five scheduled daily prayers (salat) by a formal adhan announcement in Islamic tradition. Adhan is very controversial as it rejects the other god and believers. It says that there is no god or goddess but Allah, which denies the existence of other religions and people from a different faith. Every Muslim who prays five times a day rejects the presence of other gods, which clearly states that Islam does not teach peace and only accepts Allah and no others.

Arabic translation of the adhan is as follows:

I bear witness that there is no deity but Allah

I bear witness that Muhammad is the Messenger of Allah

Hasten to the prayer (Salah)

Hasten to the salvation

Hasten to the best of deeds

Prayer is better than sleep

There is no deity but Allah

When we talk about terrorism, the first question arises, What is terrorism?. There is no agreement on the definition of terrorism around the world. The purpose of terrorism differs from state to state, influenced by politics, religion, and geography. But, almost every country, religion, and state is fighting a battle against Islamic terrorism and Islamic Extremism. There is a fragile line between Islamic extremism and Islamic terrorism. Islamic extremism is the main reason behind Islamic terrorism. Muslim terrorists kill innocent people in the name of Islam and in the light of the Quran and Sharia ( This is what they claim).

Violence against Non-believers is not new in Islam. As mentioned  Evolution of Islam is based on Violence and atrocities on innocents and non-believers.

Islamic State of Iraq and Syria (ISIS) is the most deadly Islamic terrorist organization globally. They have been involved in killing innocent children and women. Many teenagers are forced to marry ISIS fighters and used as sex slaves in the area controlled by ISIS. There are many horrific crimes against believers and non-believers of Islam by ISIS. The sad part is many educated men and women fled from different countries to places controlled by ISIS to fight among them. Suppose Islam is a religion of peace and everything written in the Quran is the way of life for humans. Why are people worldwide joining terrorist organizations like ISIS to force Islamic rule on others and capture lands worldwide?

Here is the list of some terrorist organizations that follows Islam in one way or another.


Islamic terrorism is not new or not limited to any state or country. It is present almost everywhere on the planet and kills innocent people in the name of religion. People generally refrain from connecting Islam to terrorism. Still, on the other hand, almost every terrorist organization and the terrorist attack in the world, one or another way has a link to Islam. You can check the list of Islamist terrorist attacks.

Why do people who follow Islam Fighting with almost Everyone around the world?

In India, Muslims are Fighting with Hindus and other minorities communities(Many people will find this statement against Muslims and Islam); you can check the persecution of Hindus. In Bangladesh, Muslims fight and kill minorities and even people who follow Islam. In Pakistan, killing and forced conversion, and forced marriage of girls from minorities community to Muslims are not new. In Myanmar, Riots, and Fights between Muslims and Buddhists. In Sri Lanka, Fight between Muslims and Buddhists. We can't ignore the Jewish vs. Muslims in Israeli–Palestinian conflict. There is a never-ending list of Muslims and followers of Islam fighting with others worldwide. This only raises a question on Islam and Islamic Doctrine; if Islam is a religion of peace, then why followers of Islam is fighting with everyone.

Can We consider Every Muslim a terrorist?

This increases the conflict between Islam and Other religion around the world. If Islam is a religion of peace and the Quran is the book for humanity, why are Muslims fighting with almost every country and faith worldwide? There is a chance of improvement and change in everything, so why can't Muslim scholars and people who follow Islam call for a reform in the Islamic text that misguided the Muslims around the world.