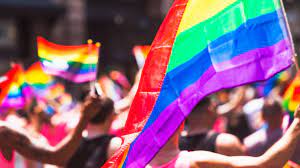 Did you know that online sexual harassment has been experienced by 50% of all people across all gender identities and sexual orientations and transgender women feel the least safe online, while cisgender males feel the safest?

Offline interaction amongst Indian queers for non-sexual objectives was virtually unheard of in the late 1990s, maybe because homosexuality was still illegal at the time. However, that is not the case at present. Indian queer cyberspace has changed dramatically over time. In India, the internet was first introduced in 1995, while high-speed broadband technologies were first introduced in 2004. Before it, LGBTQ+ mobilization was largely done informally and clandestinely. The NAZ Project, the first Indian LGBT organization in London, was founded in 1991, and it was only in 1996 that its sister organization, the NAZ Foundation, established a presence in Delhi.

As the former permit-license raj began to weaken its grip, the LGBT movement began to emerge. AIDS Bhedbhav Virodhi Andolan (ABVA) filed the first-ever appeal against Section 377 of the Indian Penal Code, a notorious British-era statute that criminalized homosexuality in postcolonial India, in 1994. During this period, several lesbian support groups arose in reaction to huge Hindu right-wing protests over the screening of Deepa Mehta's lesbian romance film "Fire."

These shifts were inextricably linked to the economic revolutions of the period, which were aided by the transnational flow of cash, ideas, people, and finance, which enabled the LGBT movement to grow and endure. The relaxation of some rules in the Indian economy, as well as the increased movement of cash and people from overseas, opened the ground for the ultimate repeal of Section 377, both directly and indirectly. “Queer politics in India has been enmeshed in the politics of globalization, and many think that this history of queer politics is inseparable from the emergence of neoliberal agendas on the Indian subcontinent,” as one researcher put it bluntly.

Over the years, a lot has changed. In 2014, India's Supreme Court, in its historic NALSA decision, acknowledged the third gender. The same court decriminalized homosexuality in 2018. The structure and form of gay politics have dramatically changed as a result of the constitutional recognition of these previously delegitimized issues. Queer identity is now more widespread in our country than it has ever been.

Because the COVID-19 pandemic has put a stop to in-person gatherings all across the world, queer organizing, dating, socializing, and networking has migrated online too.

These places promise queer individuals the ability to interact with others digitally with a single click of a button. On the one hand, people who have access to online places may find them liberating, they should also keep in mind that it can also be a dangerous and intimidating place in which one should exercise extreme caution.

Cyberbullying: The Dark Side of the Web

Even if it occurs in the virtual world, all forms of bullying are highly traumatizing for the victim. Queer individuals have been assaulted, blackmailed, harassed, intimidated, and mocked. And what for? Simply because they belong to the LGBTQ community.

A substantial percentage of these nasty comments contain homophobic and even biphobic insults, and this is precisely why the internet poses a particular threat to the LGBTQ+ community. What’s sadder is that the abuse isn't necessarily limited to verbal abuse. It can even escalate to physical violence in some cases.

Asexual people also feel intimated sometimes by non-asexual persons who refuse to acknowledge asexuality as a genuine and normal thing. Despite reporting receiving sexually inappropriate information or remarks regularly, many people of the community minimized their harassment and even dismissed it as "just the way things are. "This is just hard to hear that such a thing has become so common today. Even the people who don’t bully do nothing or take no action against those who do bully the LGBTQ community. The hate comments or posts are not something that only the victim sees, they are on the whole social media page and still, we intentionally or unintentionally choose to ignore it.

Today, social media is our primary means of online communication, and for LGBTQ+ individuals, particularly those who are not accepted by their family or friends, it may be the only place they can find a loving, supporting community. Unfortunately, bullying is rampant on social media. Bullying is considerably more common online than in real life, according to studies, since many abusers are emboldened by not having to confront their victims in person.

Cyberbullying has also been linked to depression, with many victims resorting to unhealthy coping methods such as drugs, alcohol, and self-injury. While there is no way to prevent harassers from harassing in the first place, there are techniques to protect oneself and others from them, reducing the severity of cyberbullying's consequences. It's sometimes as easy as banning and reporting abusive users so you don't have to engage with them.

Put an end to the blackmail

Although an increasing number of people are comfortable stepping out of the closet, many still do not feel secure enough to do so. And there are cyber crooks eager to take advantage of this and are actively seeking victims to blackmail or extort. As a result, most online platforms have begun to take privacy seriously, and some users may now choose to have portions of or all of their personal information hidden from them. The transition may be particularly vulnerable and hard for many transgender people. They go through a lot already and it’s our duty as well as responsibility as humans to respect their privacy and their choices. Every one of us has a right to keeping some things to ourselves and nobody deserves this violation in their lives.

“To be yourself is truly a revolutionary act, and more and more people should try doing it.”

Being and accepting yourself as you are is one of the hardest things a person does. In an ideal society, LGBTQ+ people would not be at risk online, and they would be free to express themselves as they see fit. Regrettably, societal standards are not shifting quickly enough, and we have a long way to go before that truth becomes a reality. This implies that the LGBTQ+ community must exercise greater caution, particularly online. We, on the other hand, should not for one second think that this isn’t an issue of great importance. A country isn’t defined by its national income or reserves, it is defined by its people and I regret to say this but we are failing. It’s high time that we put an end to cyberbullying. Those who practice it must stop and those who see it happening must take action against it.

Reigniting pride celebrations around the world