Love from the fan-boy film makers 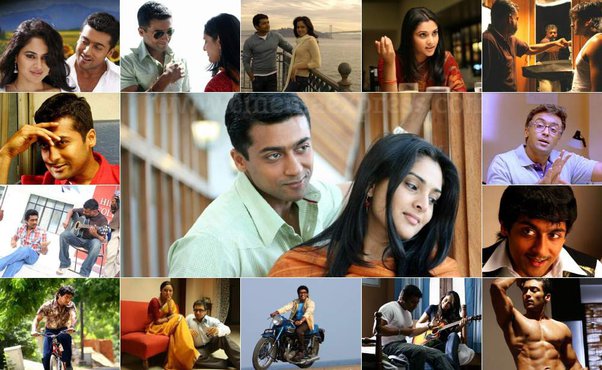 Kamal Haasan, Fahadh Faasil and Vijay Sethupathi-three of the country’s finest actors-together made headlines when the acclaimed director Lokesh Kanagaraj announced the cast of his next film, Vikram,starring the trio, which is recently released and is now breaking all the box-office records.

While the cast by itself was enough to spark excitement among cinephiles, the movie’s first look heightened anticipation further. Several movie buffs saw a resemblance between the first look of Vikram and the poster of the Kamal Haasan - starrer Virumaandi (2004).

Lokesh Kanagaraj, in many of his interviews and award-acceptance speeches, has spoken about his fanboy moment with Kamal Haasan. It’s an adoration that the director has often left traces of in his earlier movies.

In Tamil films of late, we’ve been seeing several instances where the director pay tribute to their real-life idols and inspirations in the form of plot devices and scenes.

Lokesh Kanagaraj’s previous hit, Master (2021), starring Vijay, has periphrastic revelations of Haasan’s movie Nammavar (1994) in which he portrays the role of Professor V.C Selvam, who has a big influence on his students. At the end of Nammavar, Selvam goes for treatment abroad as he is diagnosed with blood cancer. In Master, the protagonist, JD (Vijay), turns into an alcoholic due to grief over the loss of his inspiration, Professor Selvam, who went abroad for cancer treatment.

The physical features and portrayal of the character Dhilli (played by Karthi) in Kanagaraj’s breakout movie, Kaithi (2019), are similar to that of Haasan in one of his career-best films, Virumaandi.

Gautham Vasudev Menon, another director who is an ardent fan of Kamal Haasan, has made the kada (metal bracelet) an integral part of his daily attire as well as that of his protagonists in films like Yennai Arindhaal (2015), Vaaranam Aayiram (2008) and Kaakha Kaakha (2003). The trend of wearing the kada was established in the Kamal Haasan movie Sathyaa (1988), where Haasan portrays the role of Sathyaa, an angry youth who is against injustice.

Similarly, Rajinikanth has inspired countless young directors. Design Periyasamy, the director of the hit romantic comedy Kannum Kannum Kollaiyadithal (2020), had imprinted his love for Rajinikanth in several segments of his debut movie.

The film begins with a shot of a Rajinikanth miniature standing amidst the sprawling superheroes. There are banners of Rajinikanth on the roads, and the cafe’s interiors are made of Rajinikanth posters, along with the actor’s movie dialogues written on the walls. The film also has an imitation of a famous dialogue from the movie Thalapathi (1991) starring Rajinikanth and Mammootty. Dulquer Salmaan, the lead of Desingh Periyasamy’s film, is the son of Mammootty, Rajinikanth’s Thalapathi co-star.

While the directors get inspired by the actors and leave hints of their admiration in their movie, Vijay, a fan of actor and martial artist Jackie Chan, replicates the style in which he chews gum in the film The Armour of God (1986). The gesture keeps recurring in Vijay starrers Master (2021), Vigil (2019), Sarkar (2018) and Theri (2016).

The posters of films like Alaipayuthey (2000), Minnale (2001) and Iruvar (1997) find a place in Oh My Kadavule (2020) and the recently released Telugu film Shyam Singha Roy (2021), where the protagonists are portrayed as aspiring actors, writers, or movie buffs, hinting at the directors’ love for specific genre of films.

These references in films have gained a favourable response from the audience, especially among movie buffs who understand and recognise them. But more importantly, they go well with the stories, as the scenes and devices are crafted with logic.