NATO: How and Why It was Formed and its Goals 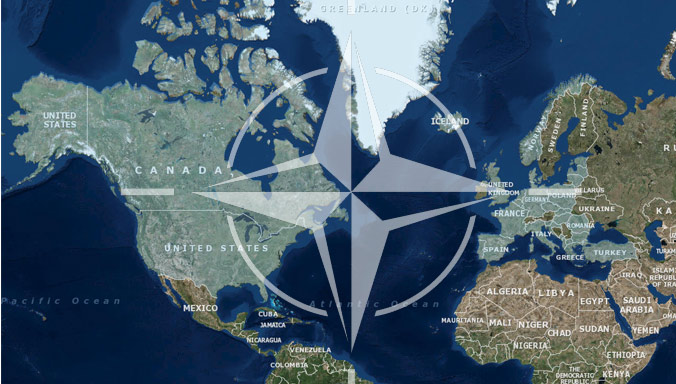 NATO was created in 1949, in the aftermath of World War Two, to provide collective security against the Soviet Union. It was the first peacetime military alliance by the United States outside of the western hemisphere. The fundamental goal of NATO is to safeguard the allies’ freedom and security by political and military means

In June 2021 Brussels summit, NATO leaders reconsidered the decision taken in the 2008 summit that Ukraine would become a member of the alliance.

After the 9/11 attacks on the United States, NATO members invoked article 5. It is the only time since NATO’s inception that an external party’s attack was deemed an attack on all NATO members. Article 5 declares that any attack by an external party on any of the allies will be deemed as an attack on the entire alliance. Following this the ally countries will be able to join together to respond to the attack made on one or more of its allied members. After the reunification of Germany, on 3rd October 1990, the country joined as a member. A NATO member cannot attack another member country, if so, it will be considered an attack against all NATO members. In this case, all other NATO allies will assist the attacked member.

Members of NATO agreed that they aim to reach their target defence spending of at least two per cent of their GDP. The US contributes three fourth of NATO’s budget. Only ten countries have reached the target of 2% GDP. NATO works in conjunction with the UN, the world bank, and the IMF. The prime purpose is to defend members from communist countries. The US also wanted to maintain a presence in Europe to prevent a resurgence of aggressive nations and to foster political union. This gave European nations the safety needed to rebuild after the World War 2 devastation.

Such NATO’s deterrence policy allowed Europe to focus on economic development. It dint have to build a large defence force of its own.

By the end of the cold war, Russia was spending three times what the US was spending on the military, with only one-third of the economic power, which was also the reason for the fall of the berlin wall in 1989 and also for the dissolved USSR in 1990. Thus, NATO’s relationship with Russia was thawed. In 1997 they signed the NATO Russia founding act to build bilateral cooperation. In 2002 they formed the NATO – Russia council to partner on shared security issues.

NATO integrates both the civilian administrative and military executive roles, to support the security of the alliance as a whole. NATO has no parliament, no laws, no enforcement, and no power to punish individual citizens.More broadly, NATO has been a stabilizing influence in Europe and North America, allowing the economies of its members to develop and flourish.

Their protection does not extend to members’ civil wars or internal coups. For example, during the 2016 coup in Turkey, NATO did not intervene in Turkey’s internal affairs though Turkey is a member of NATO.

After the Russian invasion of Ukraine in 2022, several NATO countries send ground troops, warships, and fighter aircraft to reinforce the alliance’s eastern side. The entire US aircraft carrier group was placed under NATO command.

Peace-keeping has become at least as difficult as peace-making. As a result, NATO is strengthening and expanding its alliances throughout the world. In the age of globalization trans-Atlantic peace has been a worldwide effort. It extends beyond military might alone which NATO aims to attain.