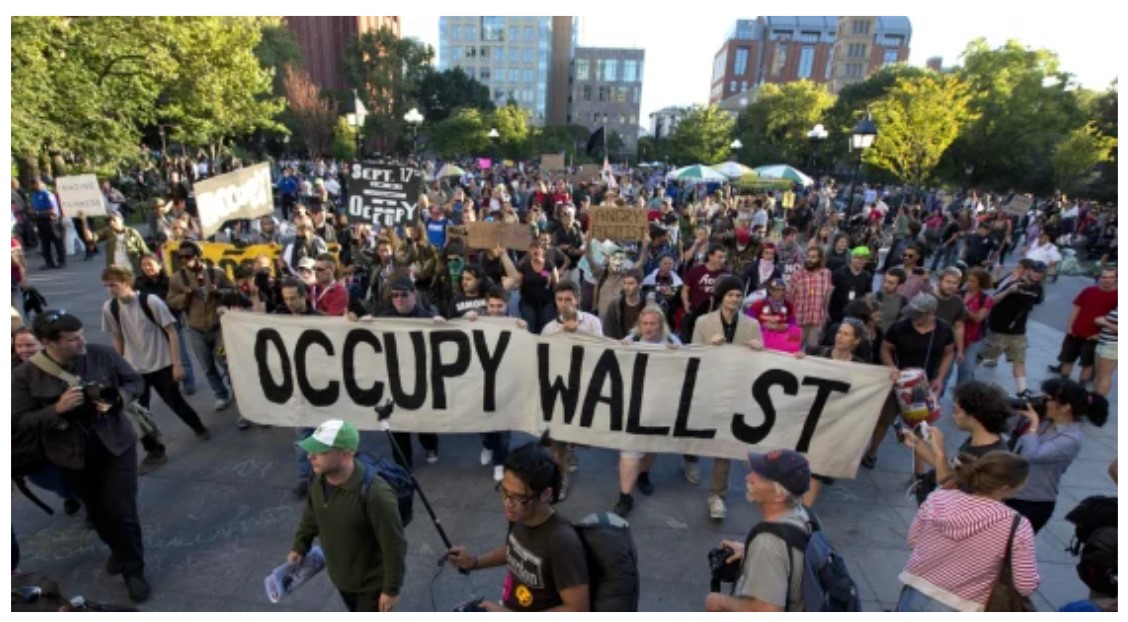 It has been exactly 11 years and a few months since the Occupy Wall Street movement happened. On September 17, 2011, a movement was organized to protest economic inequality and corporate greed. While its flames died out in the succeeding months, it inspired similar sentiment worldwide and highlighted a very important issue. The question is: 10 years later, with the world as it is, are the embers still smouldering and waiting to reignite?

The movement began in Zuccotti Park, New York, in the heart of Wall Street’s financial district. Its goal was simple: to end the economic disparity between the wealthy and the working class and to end money's influence in politics. The latter might seem unrelated, but money and power are not disconnected. Money is a form of power, and in most cases, money holds far more power than politics. Just look at the leaked Panama Papers and WikiLeaks. What came of it? The movement's focus was a push for better employment, fair wages, wealth redistribution, and to end the influence of money-backed lobbyists who often have a huge influence on ordinary policy matters, far more than ordinary people ever do. There is a reason why wealth inequality perturbs people, it’s not morally or socially fair that 50 or so people in the world can buy everything while at least 300 million and more cannot even afford one meal.

The slogan of the movement, “We are the 99%,” was chosen to reflect the reality of growing inequality in wealth distribution. In the decade since the movement, this disparity has only increased. Globally, the wealthiest 26 people own as much wealth as 70% or more of the world population[1]. That’s a disparity that might sound unbelievable, but it’s true. In 2018, a UN survey found that while overall, global incomes saw a general increase, it came at the cost of increased economic and income inequality. Furthermore, while developed countries have a lot of wealth relative to developing countries, in North America alone, especially the US, the top 1% own as much wealth as the rest of the population combined, and in some cases, even the world. That is a very disturbing fact.

The legacy of the ‘Occupy Wall Street movement lives on because the chasm of inequality in wealth and income doesn’t vanish easily. So, Jeff Bezos may longer be the wealthiest man in the world -Elon Musk stole it from Bezos, who stole it from Gates-, and now Gautam Adani is at number three.  The differences by which each usurper claimed the throne is absurd. There’s almost a 50-billion-dollar difference between Musk ($200 Billion) and Bernard Arnault ($156 billion), the present number 2. Given that Adani’s current net worth is only about 136 bn, the difference between Musk and Adani is the net worth of another billionaire who isn’t on the top 10 list. It also happens to be the economy of a country. For instance, Egypt’s GDP is 84 billion, meaning that Arnault’s net worth is more than that of the entire county. Most people will tell you that this net worth isn’t in hard cash, it’s in assets and stocks, but the problem is that even if these people only own 10% of that value in hard usable cash, that is still an incredibly large amount of money.

The idea of capitalism centers on free and open markets. In the simplest terms, the consequence of a completely free and open market is that customers are free to choose what they want to buy, and businesses are free to decide what price the customers should pay. The trickle-down effect refers to the belief that more wealth in the hands of a higher class will eventually flow down to those in the below classes. Economic policies centered around this belief involve heavy tax cuts and subsidies for the rich and corporations. We can say that capitalism is a success story, and so is the trickle-down effect. Still, given that there’s this much gap between the billionaires, I think it’s logical to conclude that what we assume is working is an illusion. A mirage, and then you reach the destination only to realize what you saw isn’t even close to what you expected. And let’s not forget that all of this has pretty much been a monopoly from the start. And it’s a sham, which is undoubtedly visible to everyone with eyes and common sense. No rich person stays rich by being generous and distributing their wealth. They stay rich by hoarding wealth and reinvesting it, so it yields them higher returns. The more the amount of money, the higher the returns. The trickle is not enough or sustainable. Even the wealth disparity between the billionaires and the upper class is growing, as is the disparity between the upper-middle class and the middle class.

Despite the recent pitfalls, the world economy and global poverty have improved, but the hoarding of wealth certainly hasn’t; if anything, it has worsened. Establishing the baseline for poverty and distinguishing between poverty and being poor is essential. Poverty is when someone does not have enough money or income to afford or even access the basic necessities of life, such as food, clothing, shelter, education, and healthcare. However, just because someone can afford this but work themselves ragged to make ends meet doesn’t mean these people are doing well. They are still poor. Being poor is not just a financial condition; it is a state of life with a negative and far-reaching impact that impairs the quality of life you lead and has severe consequences on mental health. How can someone who is constantly worried about their next meal or wondering if they’re going to be homeless tomorrow ever be able to succeed?

Poverty has improved dramatically since 1990 with only 9.2%[3] of the world population being in the grips of extreme poverty as compared to the 36% then, as reported by World Bank. Unfortunately, there are places where it has stayed the same or unchanged. Here, I would like to point out that the regions with the worst poverty rates are still distributed across south-Asia, Africa, and South America, with sub-Saharan Africa being the worst affected. These are just cases of extreme poverty. Including the developed nations, the world has an extremely high number of poor people who struggle to make ends meet, sometimes working three jobs, never being able to save and live paycheque to paycheque. The reason for this is the disproportionate distribution of wealth and wealth hoarding. Some might say that “That’s just how it is,” but that is the worst way to look at it.

If person X can enjoy the luxuries of life, then person Y has the same right. While I agree that salaries should be competitive, there is no reason for a profit-making entity not to pay its workers a wage that would enable them to be prepared for the future while exploiting them and profiting off their hard work. Even a person with a minimum-wage job deserves to have a secure future. The services industry runs on minimum-wage workers, yet most are the worst paid and work in horrible conditions. And this doesn’t even include the informal labour market in developing countries. Everyone has a right to live comfortably, own property, and afford healthcare and education without worrying about whether they will be out on the streets if they choose to buy themselves or their children an extra chocolate bar or treat themselves to a nice dinner.

Occupy Wall Street was meant to bring about a change, not just in wealthy countries but globally, to improve the standard of living and bridge the wealth gap that has only been growing. Still, given the recent recession, I think it’s safe to state that it has failed in practical application. The movement might have given the world an increased awareness about the issue, but it’s evident that the awareness isn’t going to translate into anything actionable soon. Sounds defeatist, but that’s the reality. We are all living in a bank created by the rich for themselves. We’re nothing but gigantic stacks of stocks in a market that the government and the media prop up because if there’s one undeniable thing, it is the fact that money will always win against democracy, no matter the era. The growing polarization has only strengthened rampant capitalism, which has worsened the situation.

What do we do now? Where do we go from here? What influence does this tiny movement from a decade back hold in a world that seems a stone’s throw away from utter chaos, where The Hunger Games feels more like a documentary than a fiction piece? Unless we do a major overhaul overdue for a decade, we look at a bleak future for all of us.