Outside of Ourselves: Why “Coevolution” is not a Swear Word 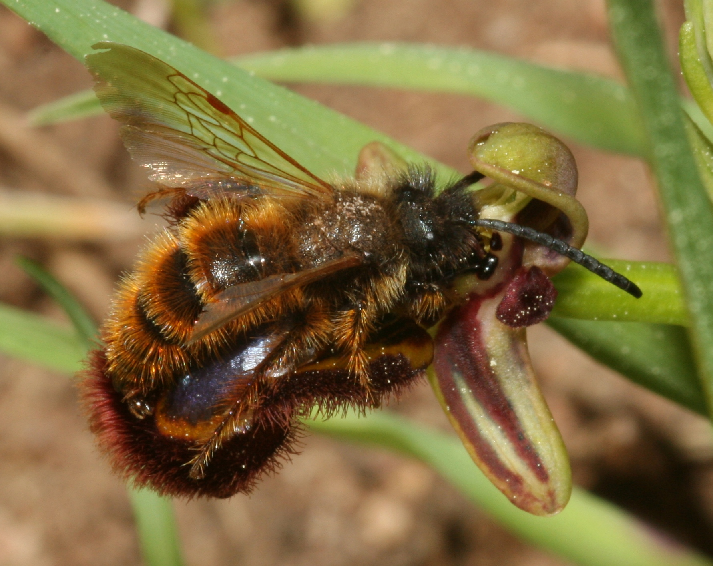 Living beings exist (and coexist) in a continuous interplay, whether they are from the same species or not. Some are simple, direct, and obvious to all (for example, interactions between hunters and prey); others are less obvious (for example, the need for oxygen in many animal life forms, which plants provide through photosynthesis). The very notion of “ecosystem” is rooted in such an assumption: it is defined as the assemblage of both all living organisms and inanimate matter that interact in a specific environment, forming a self-sustaining and balanced system.

Humans are not separate from this state of things, despite our making (almost) every effort possible to grow apart from it; humankind has told itself that it stands on a different level and it is a different thing, although Charles Darwin (February 12th, 1809–April 19th, 1882) proved in On the Origin of Species (penned in 1859) how wrong such an assumption was. Nowadays, as a matter of fact, such a point of view is almost completely abandoned within both the scientific community and society at large.

The domestication of animals by human beings (ignoring the fact that such measures have not been a human exclusive) has been built upon a system of interactions and has, through time, brought upon the selection of traits considered “useful”. At the most basic level, humans used to breed animals for specific traits, much like we grafted different types of plants on each other to enhance those properties we deemed useful. Before the discovery of how to tailor plants and non-human animals to our needs, we used reproductive management: those specimens that possessed traits we wished to enhance were particularly valued and cared for, not unlike commodities. Such a tradition continues through direct identification (and potential manipulation) of the same traits at a genetic level. The history of Homo sapiens is, as such, as much about Homo sapiens in itself as it is about those other life forms that have walked side by side with it throughout time.

The concept of coevolution enters the picture almost immediately. There are a few more details to clarify about it, though: it can be either antagonistic (such as in the case of the already mentioned interactions between hunter and prey; the focus there would be to constantly outmanoeuvre the opponent and either get food or escape effectively); or mutualistic (where different individuals adapt to be reciprocally advantageous to each other, with both parties reaping the benefits of such a cooperation of sorts); and it obviously (and predominantly) includes Homo sapiens as a species. The phenomenon of coevolution is also what has allowed us to understand and justify the process of domestication of various types of animals by some distant ancestor of modern-day humans as something different from a rational and calculated decision; it is somewhat unlikely that some random hominid various hundred thousand years ago “chose” to utilise the ancestors of dogs to achieve whatever objective was at hand; it is far more plausible to assume that the first contact simply happened by chance, and that only at a later date (and in a manner similarly defined by chance) such interaction began to stabilise into something that was advantageous for both parties.

While mutualistic coevolution allows us to acknowledge and justify (at least at the level of conjectures and hypotheses) the first steps of animal domestication by humankind, it also offers the chance to peek at a starting point for the interactions between the ancestors of humankind itself. The fact that humans are social animals, as Aristotle (384 BC–322 BC) recognised, means that the skills required to interact with animals (whether humans or not) are a product of biological evolution, and as such, it is reasonable to assume that they evolved in tandem, gradually improving our perception of others’ intentions (be it a dog or another person). Homo Sapiens is descended from a line of extinct primates that were originally frugivores; when combined with the absence of traits common to carnivore predators, this information allows us to hypothesise that meat consumption occurred later and as an addition to a diet that was originally composed entirely of vegetables. The first steps on such a path may have been the consumption of carcasses, while active predation may have come at a later stage and been made possible by the production of instruments and weapons (in order to compensate for the limited offensive options of the hunters) as well as the development of the skills required to coordinate groups of hominids and make sure their efforts produced results.

To bring the whole example back to our present, for example, those abilities that allow players on the same team to coordinate their efforts in sports (let’s take basketball, for instance) are likely the same (or a more complex descendant or variant) of those same abilities that helped out our ancestors in hunting down prey. Similarly, the understanding that helps us to recognise when it is best to avoid harassing some enraged dog we just met (and the very fact we are able to recognise it as angry, in fact) is likely what made it possible for our ancestors to grasp the intentions of their prey and anticipate its movements and actions to our advantage.

Furthermore, it is possible that the same set of skills did not represent an evolutionary dead end but rather a foundation that made it possible to further enhance various other aspects of life considered inherently “human,” such as the development of language as a way to transmit information. Since different points of view on humanity exist, some of which would count it as separate (and in some manner, even superior, either by right of birth or historical and evolutionary contingencies), from the standpoint of the rest of the animal kingdom, it’s important to remember that animals have occupied and continue to inhabit our society in a variety of ways.

Non-human animals have been the protagonists of the first expressions of art as we know it, and it is their visage that the first representations of divinity have assumed. They have been playing (and keep playing) a major role in fairytales and narrations we tell our young, and we defined some traits of our own “human” characters based on characteristics they have (or that we have superimposed upon them after observing them). It is as such somewhat difficult to recognize to humanity’s ancestors alone the merit (if we even wish to call it that way) to have carried us where we are now, and to have made us what we are: where we stand today it is not something we are solely responsible for. The world is built upon interactions, not birthrights, and we would do well to keep that in mind. Especially now, with the price of our decisions growing closer as climate change becomes an ever more prevalent issue (and its consequences ever further reaching), we would do better to course correct.

Hi Jacopo, among the many examples of mutualistic coexistence between humans and non-humans there are also the commensal bacteria that live in our intestine. They not only help the digestive functions, but also help fight infections from harmful bacteria. This looks an interesting example of coexistence to me. Does it stimulate any reflections ?