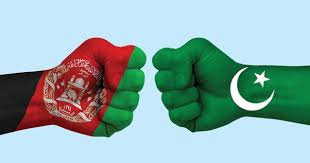 Pakistan has been under a wave of terrorist attacks in the last few weeks. The situation has been escalating since August 2021, when the Afghan Taliban toppled the Afghan government. Some celebrated this as a ‘victory’ while for the locals and those primarily affected by it, the Afghani citizens, especially women, it was a nightmare. The situation is grave as Islamabad, the capital of Pakistan is under high alert due to recurrent attacks. It became grim on 23 Dec when a suicide bombing occurred in Islamabad’s I 10/4 sector killing one police officer and injuring six people. The capital is on red alert and the US embassy in Islamabad has warned its officials to not visit the Marriott hotel. Amid political instability and economic crisis, Pakistan is alsounder attack from the militant group, Tehrik-e-Taliban Pakistan (TTP).

In retrospect, numerous miscalculations led to the situation the way it is today. Around mid-2022, peace talks were held between Pakistan, led by Lieutenant General Faiz Hameed, and TTP to negotiate a cease-fire. Before that, there had been around 300 terror attacks in Balochistan and Khyber Pakhtunkhwa. Thenegotiations did not prove to be very fruitful, as in October, the Taliban militant group seized a local DSP, shot in his leg, and counteracted the agreement. A school van was also targeted,killing two students and the driver. This was followed by a massive protest by Swat locals, led by PTM (please expand), who demanded the government to take strict action against the insurgents strengthened by the fall of Kabul. The agreement was officially broken by TTP in November and now they have declared to attack different cities in Pakistan. Their demands are a merger of KP and FATA (expand) so that they can establish their authority based on Islamic laws. But they face a clear opposition from the common people as the evidence of their brutality is not so distant in the past.

The Afghan Government has also had bitter bilateral relations with Pakistan. Recently the Pakistan embassy in Kabul was attacked during a diplomatic visit led by Hina Rabbani Khar. Since the Afghan Taliban takeover, their government is facing problems in gaining international recognition, the main reasons for which are the implementation of self-interpreted Sharia laws, support for TTP, IS- Khorasan attacks on Afghan soil, andhostility towards women. The Taliban are ambiguous in lending their official support and also moving towards charging an unequivocal ban on such terrorist activities by TTP. The reasons are numerous but there are two which have higher weightage, Afghan foreign relations and mutual ideologue with TTP. Both Taliban groups have a shared ideology of theocratic governance based on militaristic hegemon. The Afghan Taliban have asked TTP to not use Afghan soil for terror attacks and pulled themselves out from the troubles of Islamabad and TTP, but are watchful because of the threatened merger of TTP with DaeshKhorasan.

For Pakistan, it’s an ominous situation as the country has already suffered a lot due to its participation in the ‘war on terror’. In 2009, the Taliban were just about 150 kilometres away from seizing Islamabad. Swat had been the prime region of terrorist attacks and Malala Yousefzai was among the many targets. In 2014, a gruesome attack on Army Public School was conducted killing 150 children, whose perpetrators were among the same outlawed group. Operation Zar- e-Azb was carried out in a retort to eradicate terrorism from the Pakistani soil.

The foreign policy of Pakistan with Afghanistan was always been on a dichotomous relation. Starting from the Soviet invasion to the US invasion, Pakistan stood with the superpowers while putting their neighbouring nation at stake. The ‘strategic depth’ also became a fiasco as it only brought terrorism and hostility back home. The 9/11 attacks caused huge tensions in the foreign policy of Pakistan and it faced many sanctions internationally. The 2007 assassination of the first female Prime Minister of Pakistan, Benazir Bhutto, was also attempted amid such instability.

In between such attacks, the citizens of both countries are equally in peril. Pakistan is the fourth-largest host of refugees in the world inhabiting about 3 million Afghan refugees. Out of which 840,000 hold a Proof of Recognition (POR) or ‘Afghan citizen card’, while the rest remain undocumented. As part of mandatory international law and human rights conventions, Pakistan in coordination with UNHCR (United Nations High Commission on Refugees), is responsible for providing necessary protection to Afghan refugees including their legal and civic rights. Even with the provision of such laws, there exists marginalization and discrimination towards them. These refugees crossed the borders to have safer homes and living standards, but are living a life of anonymity. While men are involved in menial work and black trade, women are confined to their houses and little girls cannot access education due to the absence of official records. Pakistan’s government must look tofulfill their basic human rights so they can have a better living. Economic opportunities must be provided to them as it will ensure a secure living and less likeness to be involved in terrorist activities.

But everything is reaching back to square one, as Pakistan has again softened its policies towards the Afghan Taliban regime and its offshoot, TTP. The brothers-in-arms have covertly and overtly proved to be ‘brothers with arms’ and this time a strong approach is required. There were elements in Pakistan who celebrated these armed brothers upon their takeover but now they are resting in their safe havens like they always have been, while the locals of the peripheries remain under threat.

It is high time that Pakistan instead of pointing at the ‘West’,must look at its own western borders to create stability in the region. A strong and unmistakable stance regarding Afghanistan and the Taliban for the greater good of regional security must be legitimized to stabilize the economic and political systems. Foreign Minister, Bilawal Bhutto Zardari has taken up a strong footing on the terrorist attacks. Prime Minister Shahbaz Sharif has also condemned such terrorist actions. Armed forces under the leadership of General Asim Munir have ensured the nation of counter strike with full might. The coming year would be challenging in terms of politics and economy and Pakistan cannot bear terror insurgency.