Paradoxy of being a Nationalist 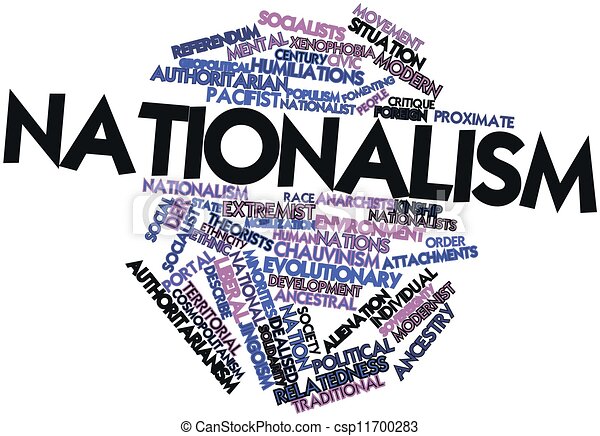 Are we in a totalitarian country where the press doesn’t have space to breathe? Absolutely Not. But it seems we are moving in that direction. “I regret to say that the media remain entrapped in narrow nationalism and remain part of the problem than the solution, said Najam Sethi, a Pakistan journalist.”

2009, Mumbai Attacks shook the country. The Mainstream Media had published several articles on these attacks. What made them different is their headlines, which indicated their dogma. Times Of India had the headline ‘It’s War on Mumbai’ while Pioneer had published it under the headline, “This time the attackers didn’t remain to hide, they wanted the world to see them.’ In some way, Pioneer had glorified the act whereas the Times of India had kept it transparent.

Nationalism should be not an encumbrance for journalists. As mentioned above journalism is becoming a part of the problem and not a solution. The problems of the nation can only be brought to notice by the media. Let journalism follow its ethics and not be steered by the government.

Being an Anti-Nationalist means ‘Desh-Drohi’. A Bollywood-thriller cinema was named ‘Desh-Drohi’ which encapsulated the concept of the vicious cycle of bad politics. In Reel and in Real too being an anti-nationalist asserts the wrongdoings which make the country collapse. Usually in India, politicians have used the term ‘Anti-Nationalist’ for the seditiousness by the opposition parties. Denouncing and labeling any party would not make anyone anti-national and make the country people in favor of you. Indian Politics have always had this gamble and manipulative game. But a new string that has busted is the concept of Anti-Nationalist Journalist.

Being an audience, they are confused whether the journalists are anti-nationalists or whether they are providing authentic data and clearing the foul slate of the government. The leftwing media is owned by Congress, leftist groups and foreign countries.

DIGIHUB - the cluster of nine news portals that have consistently published news against the government. A money laundering case has been filed against NewsClick (online portal ) who is laundering money from China for publishing anti-government news. The case is being investigated by the Enforcement Directorate. It exhibited its connection with Neville Roy Singham, a businessman of Sri Lankan Cuban Descent associated with the Communist Party Of China.  Chinese Digital Authorisation has stated that it monitors, surveil and manipulate the data present online. Under Digital Surveillance China is continuously tracking and monitoring other countries’ activities and at the same aiming at India. Readers tend to believe in Media to a certain level. Condemning the government through the articles will reduce the trust among the public, that's what China is targeting. 38 Crores was the funding received by the news portal between 2018-2021. Most of the foreign funds included the proceeds from the export services. The services have included activities where they had promoted Chinese footprints in Africa and creating a space in India that supports Chinese interests. The shareholders of the news portal have been continuously exchanging emails with the Chinese Community Party. Apart from the media company, the journalists are offered lump-sum money for publishing the articles that sidelined their interests. Diving into the case, ED has claimed that journalist Rajeev Sharma, a freelance journalist has leaked confidential and sensitive information to China in return for money. The Supreme Court has penalized him for 10 years.

The term ‘Godi Media’ was coined by Raman Magsaysay award-winning Indian Journalist Ravish Kumar for Modi Government and the media houses which are glorifying the government and not questioning them about their pursuits. Those who speak in favour of the government is labeled as Nationalist. But, in our system, we have opposition parties and the media who certainly have the right to oppose the actions and raise concerns. Unless the criticism comes, it would not cater to all segments of society.  A government that is not open to criticism is authoritarian. 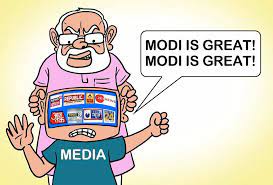 Republic TV, Times Now, India Today, Wion, CNN-News 18, Zee News, India TV, Aaj Tak, ABP News, Republic Bharat, Sudarshan News, News Nation, and News24 come under the wing of Godi Media. These media will never defame the government. BJP and RSS have been funding these channels or either have a stake in the company.

Journalism asks for credibility and authenticity.

India remains at 142nd position out of 180 countries in the World Press Freedom Index. A report submitted by them indicated India is becoming an unsafe country for journalists. The journalists who have been critical in their opinions have been categorized as ‘Anti-Nationals.’

Due to the internal conflict between the media houses and the government, the audience out there is often perplexed about the situation. Being a part of the country they need to be vigilant enough about the current news. Journalism is not about selling the news for proving oneself as a nationalist.

The Real nationalist will encourage the government to promote good activities and at the same time question them for their selfish motives.  The world out there is a watchdog, who will anyway find out the truth even if you try to shadow it.  Media houses should articulate the voices of the common people and bridge the gap between the government and the audience.

Nationalism is an ideology. Ask the government the questions as it's your right. No person out there can label you 'Anti-Nationalist.'