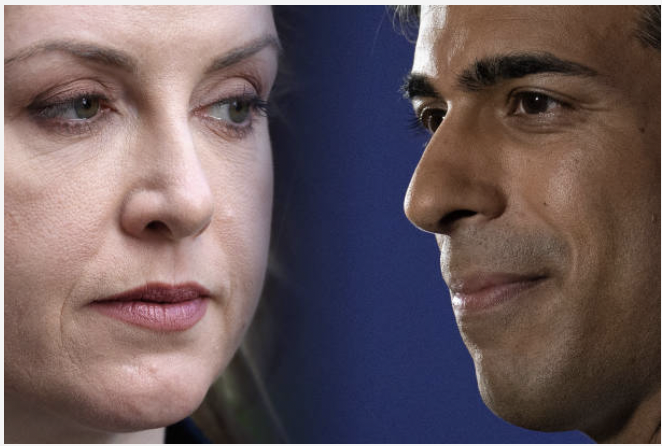 Though MP Penny Mordant has only been Leader in parliament since September and seems to be treated like a relatively unknown candidate to Rishi Sunak or Boris Johnson, her actual career in politics started in 2010.

A breakdown of her roles from the GOV.UK website reveals that her first role is responsible for delivering the government’s legislative programme and chairing the Parliamentary Business and Legislation Cabinet Committee.

She also manages the business of the House of Commons in close cooperation with the Chief Whip, making a weekly business statement to the House and facilitating motions and debate in the Chamber.

This alone could make her an excellent Prime minister because leadership and decisions are something she already does within her job.

Her earliest role was within the Parliamentary Under Secretary of State for Communities and Local Government, which, without all the complexity in the name…

Simply means interacting with the local communities, particularly in coastal areas, ensuring there are enough opportunities for the enterprise that would benefit jobs, and the town's infrastructure for things like High streets, markets and town centres.

This role also means that she helped with housing alongside the Minister of State for planning, which is another big issue with the UK caused by the Mini-budget for England.

There simply isn’t enough housing, coupled with the Bank of England’s plans creating a holdback on many mortgages that have fallen through.

Though the backer votes for parliamentary members are not in yet, (As of October 23, 2022), She does seem to be gaining enough support for the long run ahead, including endorsement by current PM, Liz Truss, and since announcements were made of those trying to run for the position, Boris Johnson has stepped down.

According to the BBC,  “He would not stand, but has put pressure on Ms Mordaunt to stand aside, allowing Mr Sunak to take charge of the party without the need for a vote.” He did claim, however, that “-he had enough support to stand but added that now was simply not the right time”.

The votes have been counted already, but her party, the Conservatives, claimed that she had around ninety votes so far and that it is “For the sake of the party, it's important our members have their say.”

Though there are those, who think Mordant should instead support her fellow party member Sunak since it looks to some that the party is divided after many shakeups for number ten. For example, though George Freeman, another member who supports Penny Mordaunt, has urged Ms Mordaunt to join and “Back Mr Sunak in the interest of unity and stability rather than go to a membership ballot.”

However, Andrea Leadsom, the former cabinet minister, said there was “absolutely no chance that Penny will step down from the leadership contest.”

The panic is justifiable since the winner of the most votes will be the third prime minister England has had in just a few months per term.

A general election is hopefully not on the cards for at least almost two years yet, in 2024, and with how the UK's parliamentary political system works, there is no obligation for a Prime minister to ask for one since the Conservatives won in 2014.

In fact, not even Mr Sunak has done any interviews since leadership races originally began with himself and Truss, amidst the instability of the oil and gas prices driving the Cost of Living Crisis higher and causing the Bank of England to announce a recession.

Due to missing just enough voters, Ms Mordaunt did not make candidacy for the role of Britain’s new Priminister, which De-facto went to Rishi Sunak of the same political party.

However, it is entirely possible that Ms Mordaunt could run again, with Boris Johnson, former Prime minister who was in the role for under three years, as her opponent.

There is still traction for the role, with Former Business Secretary Jacob Rees-Mogg telling   The Telegraph today that he no longer believed Sunak is a “socialist”. He made the claim during the summer's Tory leadership race when Sunak refused to commit to the same level of tax cuts as Liz Truss.

"The leader of the Conservative Party is clearly not a socialist," Rees-Mogg told the Telegraph, adding that “-the party needed to unite behind the PM to avoid losing in future elections.”

He strongly supports Boris Johnson and does not expect any position in Prime Minister Sunak’s cabinet.

Labour Party Chair Anneliese Dodds and the Labour party outlined to the BBC that it is sceptical that Rishi Sunak “-has the mandate to govern and isn’t the answer to the country’s economic problems.”

Ms Dodds added, “That the country needed a fresh start with a general election, Rishi Sunak is saying he’s the answer when the problem ultimately is the Conservatives…Sunak has been part of those twelve years of Conservative failure.”

"People didn’t vote at the last election for a high tax, low growth economy, but of course Rishi Sunak was right at the heart of that.”

Dodds criticised Sunak’s lack of concrete policy proposals, saying that it’s “Ordinary people, of course, who are paying the price for what she called the Conservative Party’s economic failure”.

She ended with her opinion that “-the coming planned fiscal statement was setting up as a Halloween horror show”.

Even the way the new Primeminister claimed in his almost six-minute speech,

“-has to fix the mistakes made by his predecessor. He promised integrity in government and somewhat tried to take in calls for a general election by saying the 2019 mandate “-wasn’t just Johnson’s.”

In the opinion of Nick Eardley, Chief political correspondent for BBC, “That won’t stop calls for a general election, though. And it won’t stop criticism of the Conservative Party over the economy.”

Who knows what will happen in this Political term, or in the future election, if one comes sooner than planned? One thing we can count on, Mordaunt won’t give up.