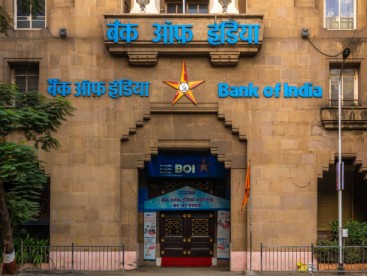 The government is steadfast in its determination to advance banking sector reforms and privatize state-owned businesses, says Finance Minister of India, Nirmala Sitharaman. In the budget for 2021–22, the Centre has suggested privatizing one general insurance firm and two public sector banks. A public sector enterprise policy that aims to lessen the role of government in running firms has also been announced.

The recent listing of Life Insurance Corporation of India (LIC), a colossal insurer, was another topic covered by the finance minister. Furthermore, Sitharaman added, “Strategic disinvestment has taken place in LIC. So shall we go ahead with the banking sector reform as well. Even on that the cabinet has given a clearance, we have mentioned it in the budget. We shall take it forward.”

The government is considering a strategic interest sale to give up managerial control, while the LIC Board passed a decision to lower its holding in IDBI Bank through divestiture. On February 1 of this year, Sitharaman announced that the government had approved a policy of strategic disinvestment of public sector enterprises, which will provide a clear roadmap for disinvestment in all non-strategic and strategic sectors. She made this announcement while presenting the Union Budget FY 2021–22 in Parliament; to which she added Banking is one of the strategic sectors.

The most recent RBI bulletin cautioned against big-bang privatization of public sector banks, which may conceivably do “more harm than good”; urging the government to follow a more measured approach.

When the government consolidated 10 nationalised banks into four big entities in 2020, there were only 12 PSBs left. There were 27 state-run lenders in 2017. With the amalgamation of the Punjab National Bank, United Bank of India, and Oriental Bank of Commerce, Syndicate Bank and Canara Bank incorporated, Indian Bank and Allahabad Bank unified, and Andhra Bank and Corporation Bank amalgamated, as well as the merging of the Union Bank of India with Andhra Bank and Corporation Bank.  In 2019, Dena Bank, Vijaya Bank, and Bank of Baroda merged to form the first three-way merger. Five associate banks of SBI and Bharatiya Mahila Bank had previously been merged with the State Bank of India by the government.

Former Finance Secretary of India, Duvvuri Subbarao, addressed this issue. The privatization of state-owned banks, in Subbarao's opinion, will probably have two effects on the Indian economy. When released from the responsibility to execute programs with social aims, public sector banks, like their private sector rivals, will pursue profit maximization, improving overall efficiency. On the other hand, goals like distributing credit to key sectors and promoting financial inclusion may have to be compromised. Subbarao did, however, also state that he thought privatization would have a favorable net cost-benefit ratio.

Up until 1969, the government directly and through the RBI tried to coerce and persuaded private banks. It expanded into underbanked areas and took developmental responsibilities by forgoing a small portion of their margins, in addition to creating one significant public sector bank (State Bank of India) with developmental priorities through the nationalization of Imperial Bank of India. However, that endeavor was a total failure. The key takeaway was that yield-seeking privately held banks were unlikely to assume any developmental duties because the owners' equity investments made just a tiny percentage of the public savings that were mobilized as deposits.

The surplus usage of partisanship which will overwhelm the banking services will be set against the working class and poverty-stricken people of the community. Public sector banks typically focus on social welfare, whereas private sector banks have profit as their primary goal. Several government initiatives, such as the "Jan-Dhan Yojna" and the "Pension Yojna," only functioned correctly and were successful on the strength of being implemented in Public Sector Banks. Private banks have already decreased in number from 27 to 12. The nationalization of banks by former prime minister Indira Gandhi ended the monopoly of a few moneylenders and the masses got their hands on collateral.

The pervasive economic divide would be privatization. It will encourage society's wealthy to leave the underprivileged behind. This idea will make the poor even poorer. Additionally, the privatized banks will concentrate mostly in metropolitan regions while slowly losing influence in the country's rural parts. A typical Indian has always had faith in the institution of government because they are conscious of the choice that they may turn to the government even as a consequence if a bank collapses, people feel safe keeping their money with PSBs while the customer has little choice but to regret if a private bank declares itself collapsed.

The majority of self-help organizations have been affiliated with public sector banks, allowing rural residents to become self-sufficient. Now, unexpected privatization can provoke fear and mistrust among the most defenseless groups in society. Whether the Privatization of public sector banks does more harm than good remains an open question. In my opinion, this matter in question should come to the fore in a more discreet and subtle assessment from the powers that be.

Rupee Falls To An All-Time Low Against The Dollar