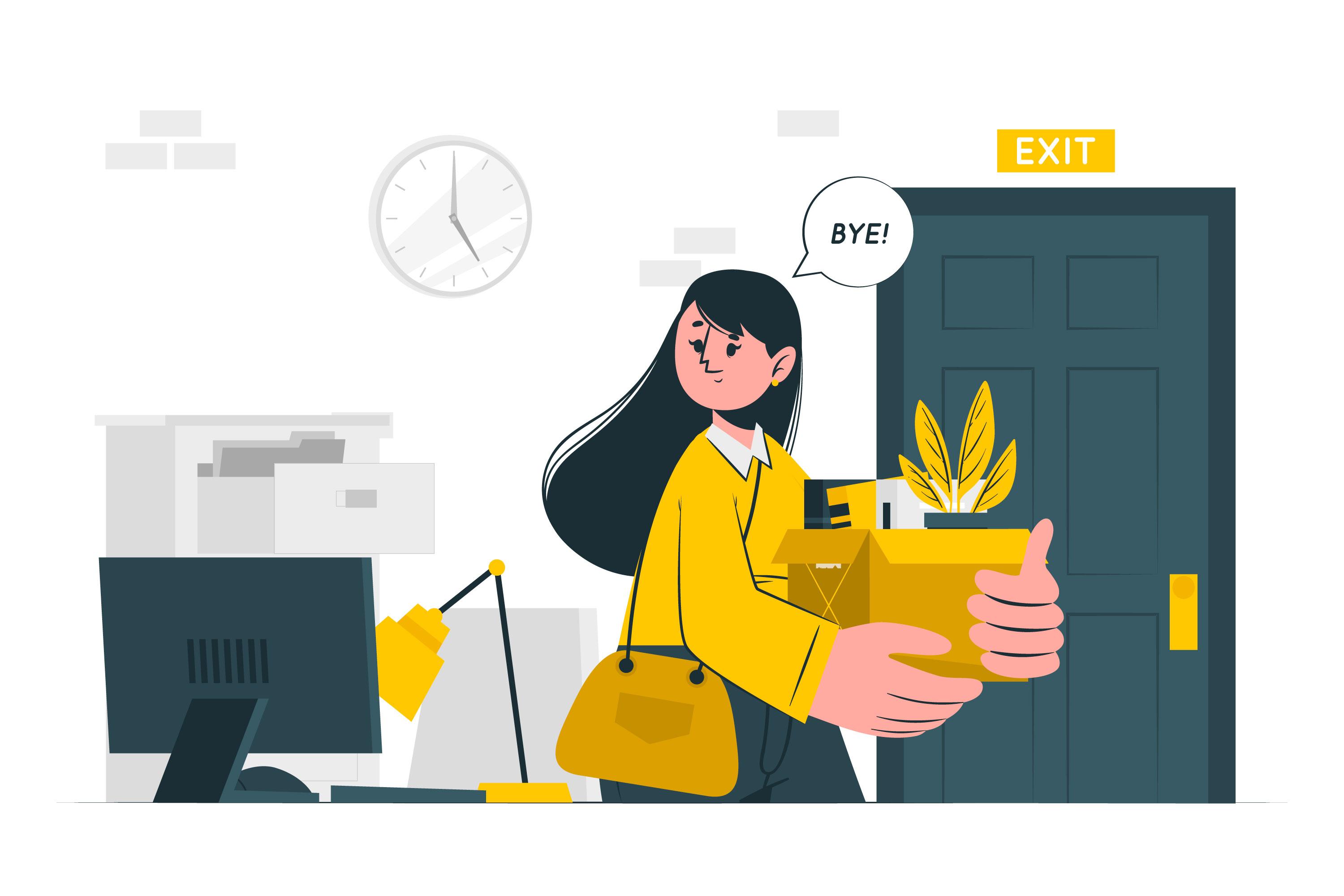 Being crowned the “Word of the Year 2022” award by Collins Dictionary, “quiet quitting” is no longer a stranger to both employers and employees. Emerging from the “quiet quitting” quickly becomes one of the most discussed trends on both traditional and social media, especially under the influence of the economy-exhausting pandemic.

The phrase is believed to originate from Bryan Creely’s TikTok video posted in March 2022. In the video, he summarised an Insider article about how more employees are deciding to quietly take it easier at work instead of quitting their jobs and labelled this action “quiet quitting.” The video surprisingly went viral, especially after another TikToker’s video in July that sent the hashtag #quietquitting skyrocketing in the number of views.

The Collins dictionary became the first and only printed dictionary to recognise the term in its database officially. According to its online version, “quiet quitting” is an “informal” reference to “the practice of doing no more work than one is contractually obliged to do, especially to spend more time on personal activities.”Surprisingly, the dictionary categorises the term as “British English,” which has nothing to do with its origin.

Ever since achieving its popularity, numerous news websites and independent writers, including the most prestigious ones, have attempted to voice their opinions about the term. Their ideas, however, vary immensely, and rather than being straightforwardly showcased, they are revealed through some chosen examples of a quiet quitter.

Skynews offered an imaginary scenario involving the reader and their eagerness to go home after 4 pm. According to this lively story, a quiet quitter seems to be a person who completes all their tasks but shows no fascination with the job. Though the example sounds relatable, we can easily see the discrepancy between it and the term’s definition because the latter never indicates that the employee has an indifferent attitude toward the job. Skynet’s fabrication, incidental or deliberate, inevitably twists readers’ understanding of the term negatively.

Investopedia, instead of giving its example, conducted an inclusive survey asking people to share their ideas about the term. And this method seems to work better since, this time, the responses fit the definition of the discussed term entirely. According to the two people being quoted on Investopedia’s website, a quiet quitter does not “interact with anything from work” outside of office time and doesn’t “feel any bit of anxiety when it comes to requesting time off, taking personal days or especially taking sick time.”

If it doesn’t sound like anything bad or wrong to you, that’s probably because it’s not. Simply speaking, “quiet quitting” is “doing what your job asks you to do.” Whatever is required in your job description and signed contract, you do it. If your job asks you to work from 9 to 5, you arrive at 9 and come home after 5. You focus on the tasks you agree on and are legally bound to, and it’s entirely up to you whether or not to pay attention to tasks that are not your responsibility.

In fact, what is labelled as “quiet quitting” should have been the norm. Since when has it suddenly become such a chilling discovery like global warming and animal distinction? More importantly, how come “doing your job” becomes “doing the bare minimum” and is linguistically rewritten by using such a negative word as “quitting” when you may not even have that idea in the first place?

Capitalism might be able to answer these questions, even though they are reluctant to do so. Many employers have raised their voices over this trend, most of whom are either full of excuses or highly passive-aggressive.

An article presented in Harvard Business Review, for example, considered quiet quitting as “an increasingly common alternative to resigning.” According to the authors, “no more staying late, showing up early, or attending non-mandatory meetings” is a sign of no longer wanting the job, even if the employee fulfils their compulsory duties, including showing up on time and effectively contributing to all necessary meetings. Not only is this a deliberate attempt at rewriting the term’s definition, but it also reflects the business’ increasingly questionable demand imposed upon their labour force. 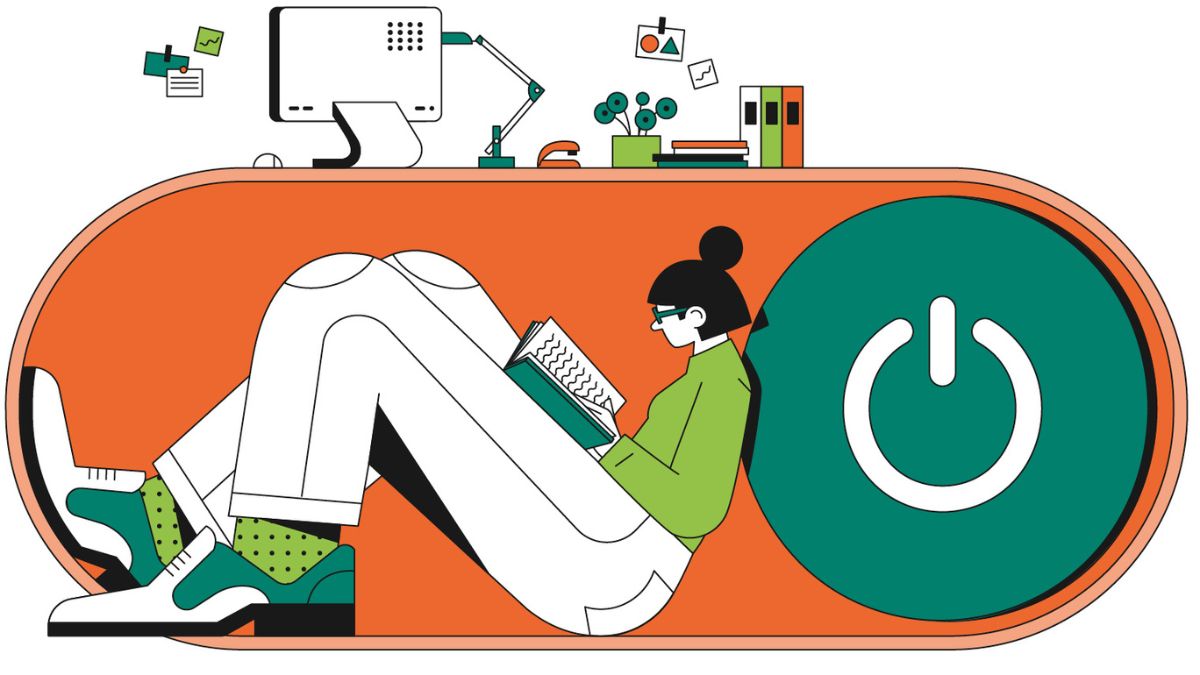 Quiet quitting is more normal than what we are told to think. Source: Raconteur.

And it’s heartbreaking how the attempted misconceptualisation of the term is no less than a form of victim blaming in labour exploitation. The fact that “quiet quitting” is phrased like how it is, or is permanently attached to the negativity of “bare minimum” in almost all news platforms, already reflects the rotten side of its inventor; “quiet quitting” rather than an employee’s call for better work-life balance, is more like an employer’s finger pointing at their workforce, accusing them of being lazy and asking for more at less wage.

Klotz and Bolino pointed out that employees’ refusal to engage beyond their core tasks affects the company’s competitive advantage and even “increases the burden on colleagues to take on extra work instead.” But this argument raises so many critical questions. First, how can the company’s competitive advantage be compromised if everyone does their job? Secondly, if everybody has their tasks confirmed on their contracts and completes them, where do the burden and extra work come from? Finally, why don’t employers go over all necessary positions and review their defined tasks stated on contracts instead of demanding employees to go beyond the agreed amount of work?

Everything seems to originate from the representatives of capitalism; they want more things to be done, but they don’t want to pay for more extended hours or more employees. They have constantly been asking for underpaid labour under the name of devotion, making designers bring their laptops to their holiday hotels and salespeople on their phones in the middle of family dinners.

This tiring norm of working overtime and living to work has been going on for decades until the latest working generation (Gen Z), born into an era where the boundary between home and workplace is blurrier than ever thanks to social media, wants to make a change. Unfortunately, their effort is undermined as excuses for laziness and half-heartedness. The invention of the phrase even becomes an excuse for some employers’ application of “quiet firing” when they throw out “hints” that they no longer want you instead of straightforwardly firing you.

“Quiet quitting” should have never been a trend in the first place; instead, it would be better to eliminate this negatively connotated term and start calling it as it is: doing one’s job. As soon as that’s done, it will be a hundred times easier for employers and employees to manage efficiency. For example, instead of bickering over work-life balance, managers will have time to sort out all the company’s tasks they want to officialise. At the same time, employees can work their way to maximise their efficiency during work hours. In short: the guilt trip stops, and work evolves.