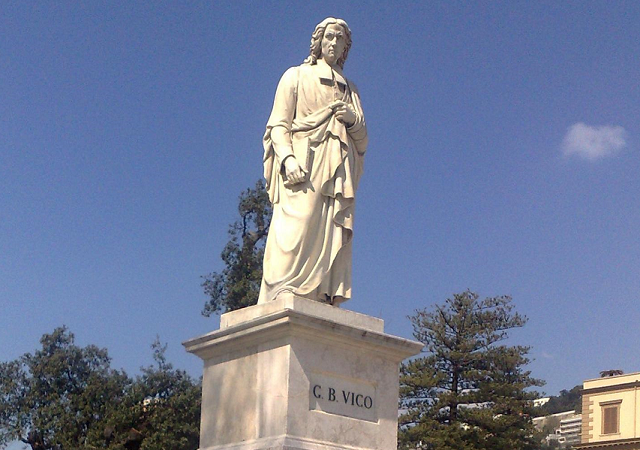 Exploration and colonization of the American continent by the Europeans started in the 16th Century and was ultimately halted within the tail end of the 19th, with the expansion of USA territory towards the west. At the same time as such an immense movement of human beings and resources, European powers chose to operate and reach out in other directions as well. Insofar as a lack of innovation and progress in science and technology (at least by European standards at the time) was perceived in the native cultures of the soon-to-be colonies by the observers and explorers, the idea of their inferiority to their European counterparts took hold.

In the eyes of the Europeans, their supposed superiority sprout forth the necessity to educate and civilize the savages. How philosophers reacted to the existence of a brave new world and how they thought the so-called “savages” is a complex matter. The idea of analyzing the whole span of philosophical works from the discovery of the American continent right up to the end of the 19th Century would likely prove somewhat difficult, though; we will as such concentrate on just some of those who discussed the matter at hand, namely Gianbattista Vico (June, 23th, 1668 - January, 23th, 1744), Jean Jacques Rousseau (June, 28th, 1712 - July, 2nd, 1778) and Denis Diderot (October, 5th, 1713 - July, 31th, 1784). This precaution should make the overall endeavor much more manageable and simple.

The objective would be to grasp a viewpoint on the colonists (and the act of colonizing in itself) somewhat different from the one commonly accepted, a safe harbor of sorts to evade the maelstrom of the cultural mainstream of the time. To keep things as linear as possible, we will be starting with the first by birth; our first stop will then be Vico. What we are mostly interested in within his frame of reference is a couple of aspects: the idea of history as a variable perspective, changing depending on the viewpoint one looks from (meaning that different people may date the same phenomena at different points throughout time), and the principle of ebbs and flows history seem to move through (and be subjected to). The presence of these first two concepts will allow us to establish a framework of sorts. This state of affairs would, on some theoretical level, allow us to explore a point of view different from the already mentioned cultural mainstream that demanded non-Europeans be just savages.

Vico’s objective (especially in his text Principi di Scienza Nuova) is to come to know each people’s past, present, and (within reasonable limits) future. What interests us is that the opening section of such a text presents a comparative history of various and different peoples, selecting events of particular interest and relevance and organizing them within a single framework, removing (partially, at least) the elusiveness of the subject we are interested in studying. This kind of chronological frame analyzes years starting with the Great Flood presented in the Bible and ending with the Second Punic War. Here Vico introduces an interesting idea: the fact that no two peoples have reached the same level of development (with particular attention placed, as far as we are concerned, on European and Native-American development) at the same time is not accounted as a consequence of different states of being or natures (a position that would have been easily exploitable to postulate the superiority of one kind of humanity on the others) but rather as a result of the fact that not every “story” of any particular people started in the same moment.

The histories of human populations, Vico states, can be divided into three different stages: what he calls ages of the gods, of the heroes, and a chronologically final stage called the age of humankind. Vico’s hypothesis at this stage is that history can only be known once it has happened, looking back at what transpired: it would be impossible to know history “in real-time” because the very act of narrating events would necessitate such events being over. Looking back at the first two eras of history, we can only grasp minor clues of what may have happened: an inevitable consequence of the many different lines of thought countering each other within the clues at our disposal (the one about whom produced the testimony, for sure, but also all of the interpretations projected upon it at later stages in history).

To kickstart the age of gods a particular theoretical event would have been necessary, Vico states, one capable of terrorizing barbaric humanity closed out into a state of continuous conflict with itself: Vico’s hypothesis calls it lightning (as in, primeval humanity witnessed a storm and the damage it caused was terrified into humility), but what exactly it was isn’t the determining factor. Through fear of some natural event or another, seen as divine retribution by the naïve eyes of humankind, change was forced. Humankind moved progressively outside of its primeval condition by means of formulating the ideas of divine providence, religion, divination, and the progressive abandonment of a nomadic condition (which would in turn help develop the idea of property, as a way to keep gathering resources to survive and work the land) and the beginning of burial rites as a mean for certain groups to claim different patches of land.

This phenomenon would not interest the whole of humankind at the same time, of course: the process of making human the “barbarian” humanity would not start for everyone at the same time. Once abandoned the age of gods and entered into that of heroes, those first human began disciplining nature: families originally bonded only by blood gave way to progressively larger units. At a later moment, and by means of conflicts with other and still feral humans, the progressively larger society would welcome others: those savages that would submit to the new order in the name of common survival and utility. It will be their nature and their presence that will enable humanity to move further still: revolts would press various clans into the first republics and cities as a way for those regarded as nobles to maintain their privilege and keep the lower classes in check, granting them further rights and options in a dialectic process that would push boundaries always further.

Taking all of this back to the beginning, those native populations with which explorers first established contact were not different from humankind (inferior to Europeans in such or such other aspects) but rather a microcosm that remained “behind” when compared with those that encountered and observed it. While keeping under scrutiny the ebbs and flows of history that Vico cared so much for, American natives offered a once-in-a-lifetime opportunity to their would-be colonists: to gaze through time and experience another civilization take some of the steps their ancestors had in the past taken, rather than witnessing the development of something completely other than themselves. The only possible advantage western civilization would have had, then, was that its founders entered history “proper” before other human groups and (as such) progressed forward than most.

A Compare and Contrast of Philosophers J.P. Sartre and Soren Kierkegaard

Albert Camus and the Myth of Sisyphus: Analysis