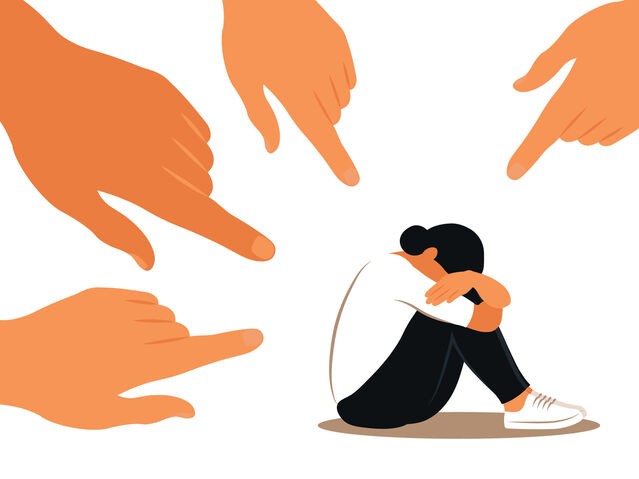 Marilyn. Anna Nicole. Britney. Amber. Some names evoke sympathy, others are met with reproach. Nonetheless, all have been met with intense media scrutiny further propelled by a misinformed general public. It would be easy to simply explain the glaring similarity between all four women. Whether it be their privileges or their status as outcasts of their time, these four women speak to a larger discussion on misogyny in pop culture and how the general public assists in the demonization of women regardless of their societal advantages. In understanding the instances of abuse and exploitation these women have gone through, it is then possible to understand how reactions to everything from Marilyn Monroe's rumored romances to Johnny Depp’s defamation trial further constrict survivors of abuse, thus rendering them to even more danger.

The latter half of the 2010s and the 2020s thus far have been defined by movements such as ‘Say Her Name’ and #MeToo, both aiming to hold misogynistic systems accountable for perpetuating abuse as well as providing visibility and accountability for survivors of sexual assault, domestic violence, and harassment. The former considers the impact of race on how women of color, notably black women, are largely excluded from the discourse around abuse and police brutality, despite facing disproportionate levels of violence compared to their non-black peers. While there is an increasing awareness of systemic oppression in discussions across social media, there has also been an equally convincing backlash against the aforementioned feminist movements, mainly by critics who believe that feminist slogans such as #BelieveWomen silences male victims of abuse and enables the rise of false assault allegations.

Undoubtedly, believing all victims regardless of gender is an assertion that should not be refuted. In an ideal world, communities would be conscious and caring enough to listen to and believe victims despite their gender, race, and orientation. Nonetheless, the real world does not operate in such a manner. The American justice system has been re-evaluated and since then, has been perceived as a system that defends abusers from ever being held accountable for their crimes. Courts are merely another avenue abusers can take to further intimidate their victims Instead of acting as arbiters of justice. Abusers of any identity have the potential of using the judicial system to silence their victims however, international statistics suggest that women are more likely to be seriously harmed and even murdered at a more frequent rate compared to their male counterparts. There is no doubt that men can be and are abuse victims. With that being said, female perpetrators of abuse are not protected by systems of oppression such as the patriarchy. Systemic misogyny supports male abusers overtly through rulings in favor of said male abuser but also by the crafting of a narrative that intends to vilify the victim. The interrogation of abusive situations starts with an air of innocence: lending support to the victim while being cognizant of their relationship as well as one’s relationship with the alleged perpetrator. A shroud of doubt leads many to consider what the victim has done to agitate the abuser, the status of the victim’s mental health, and how promiscuous they appear to be. What many fail to consider is where that doubt arose from. Whether it be from your favorite true-crime podcast, Tik-Tok influencer, or your doubts, it is worthwhile to investigate what is preventing you from receiving the victim’s testimony as accurate enough. Everyone has confronted the concept of ‘trusting their guts’ in complex situations. Yet Princess Weekes, in her video True Crime & The Theater Of Safety,  inquires whether trusting one’s gut is truly dependable if internalized biases go unchecked and ultimately bar one from accepting the truth in tumultuous situations that could very well be life and death.

Consequently, the slut-shaming that Marilyn Monroe and Anna Nicole Smith, as well as the framing of Britney Spears as ‘crazy’ were not only vindictive and cruel but were also gut reactions derived from unchecked misogyny and ableism, ultimately helping patriarchal systems exploit women deemed too ‘impure’ or ‘un-ladylike’ to defend. In the case of Amber Heard, the very privilege she has as a cis white woman has been used against her. Alongside accusations of mental illness and edited clips taken out of context, Amber has been demonized as the manipulated Karen taking advantage of Johnny Depp, co-opting discussions about white women and their victimhood to frame Amber as vicious and deceitful. What Depp supporters fail to recognize is his history of abuse, the privilege he receives as a cis white man, and the alleged abusers he associates with. Throughout the recent defamation trial, there has been an effort to paint Heard out to be manipulative by pointing out her facial expressions, her finances, and edited clips that frame Ms. Heard as abusive. In any other context, it would be considered victim-blaming; however, the financial incentive and the social currency of supporting Mr. Depp proved to be more valuable than providing justice for Amber Heard. If wealthy, cisgender, white women like Britney Spears and Amber Heard find themselves subjected to abuse and vilification, what prevents the same from happening to marginalized people in and outside of the United States?

Moving forward, discussions about Amber Heard will be analyzed in the future as another instance of misogyny manipulating the masses against another woman, but is it already too late? The results of the trial have been described as a landmark case where crusaders of equality obliterated the #MeToo movement in defense of all victims when in actuality, the defamation trial has created yet another lane in which abusers can use the courts to silence and intimidate their victims, contributing to an ever-growing feminist backlash previously seen in the seventies with Phyllis Schlafly, in the nineties with purity culture and now with recent conversations on Roe V. Wade. In a world with a million stories receiving blue-lit screens, what should be prioritized is media discernment and the ambition to investigate our internalized bias. With rampant misinformation and insidious yet influential organizations plotting to infringe on the rights of marginalized Americans, the thought of descending into an even more oppressive oligarchy is a reality creeping around the corner, and unless we work through demystifying those internal biases. We might as well be paving the road to an unfortunate situation for us in the present and generations of children yet to come.