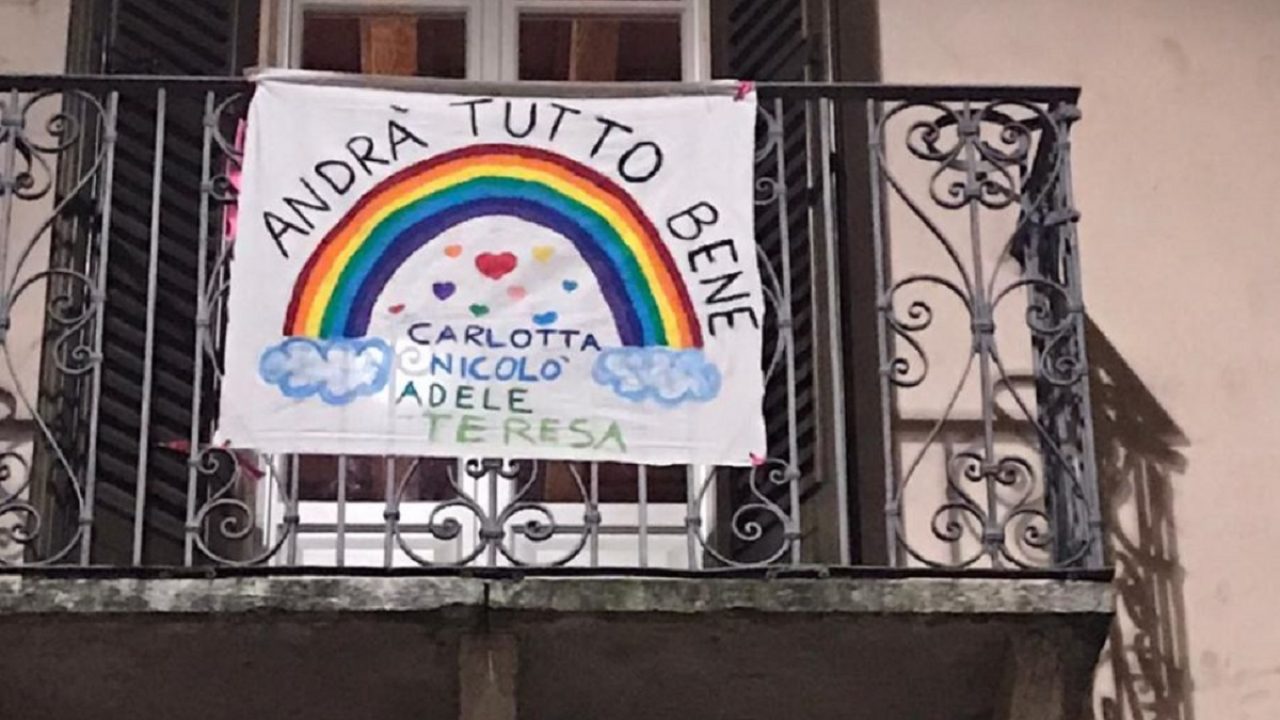 On March 9th, 2020, Italian prime minister Giuseppe Conte went live on national television and announced a lockdown as a stop-gap measure against the Covid-19 pandemic.

It came as a bit of a shock, at least on a personal level: up until that point the situation was not exactly good, but there was some kind of blind hope (or stubborn denial, I guess) that things would in time just turn out for the better. I remember perceiving Covid-19 as something distant and removed, despite what was going on in the northern regions of the country, and not paying too much attention to how things were playing out.I was on vacation in Rome at the time:I remember walking around, dazed by the news, and trying to convince myself that something like that was nothing to worry about. I don’t blame myself for such a reaction, although I can see how wrong I was: there were at least a few things to worry about.

During the next months, Italy lived in lockdown: we were forbidden to walk out of our houses without reason, under penalty of a fine, and had to come to terms with wearing facemasks and avoid proximity with other people to minimize the potential spread of Covid-19. Those were, for the most part, strange and interesting times.

I remember the feeling of being weighed down, of perceiving the threat Covid-19 posed. Once the feeling settled in, though, we as a country discovered that life kept going: among other things, there was a trend to rediscover indoor bakeries, with loaves of bread and pizzas and what not swarming the feeds. What I recall most fondly, though, were the words Giuseppe Conte used while announcing the lockdown: “Let us stand apart today,so that we’ll embrace tomorrow. Let us stop today, to run faster tomorrow”. It is something that stuck, somehow: Italians stepped up to the challenge, and so we endured.

Within the next few days and weeks, Europe adopted much the same countermeasures to Covid-19: lockdown, facemasks and what not. Initially, there was some kind of consensus that Italy was something of a lost cause: Italians at large are not regarded as the most disciplined of people, after all. In time, though, narratives began to shift: there was some kind of grudging admiration by other countries for how Italians were holding up.The main focus of national news in Italy was the hope that we would come out of the ordeal better than before. Prime Minister Conte himself built a narrative on the idea that lockdown and trying times could make Italy less divided both as a country and as a population.

Somehow, he was not mistaken: after the first few days of lockdown someone, somewhere, had the idea of going on a balcony and start playing musical instruments almost wishing to rally – somehow – his or her fellows. In some roundabout and impossible to predict way, such initiative stuck: almost daily, around 6 pm local time, people would go out on balconies and roofs or open up windows and simply spend  the time (an hour or so, usually) singing and making music to cheer each other up. People simply joined when they wished to, adapting to the tune being played or the song being sung and adding their voice to the choir. It wasn’t something formalized or passed passed down from the government or local authorities, which may well be the important part.

For all the gloom of such weeks and months, I remember being moved by this whole thing. I think it was some way to show closeness and solidarity in the face of adversity and perhaps establish (in some tiny way) that things would get better.

In the final cut scene of “Metal Gear Solid – Peacewalker” by Konami (2010), one character comments on the sacrifice of another to save the planet by stating that “[…] there’s beauty outside of battle. […] in the end, it was you who put down your gun and chose instead to sing. […] That’s what you wanted… so much that you gave up everything you had, but you couldn’t achieve it, isn’t that right? And still, all you can do is sing. There’s no peace to be found, anywhere, and so we can only keep on hoping: hoping for the illusion we call ‘peace’.”

I like to believe that somehow an idea like that stuck. The whole rethoric of war and conflict is a powerful tool in times of crisis, but it is a double-edged sword: it can be used to gather people around some idea, but every war needs enemies. In a country such as Italy in particular, we have our fair share of tensions and conflicts already. By simply creating categories of “enemies” and point the finger at them, leveling accusations and creating fractures, things will likely escalate: Italian national history is full of examples of how this mechanism can work and fix very little while nurturing opposition and resentment. Covid-19 has been only the latest example of this story playing out one time more. While national news painted pictures of Covid-19 with war-like words and made it sound like an open conflict, with medical personnel being referred to as combatants and Covd-19 itself painted as an enemy, Italians chose differently: while there were people in position of authority that leveled accusations and aimed at creating and defining some enemy, be it politicians or journalists or even medical professionals, Italians seemed to choose a different path. Italians chose to sing, and not make war on each other.