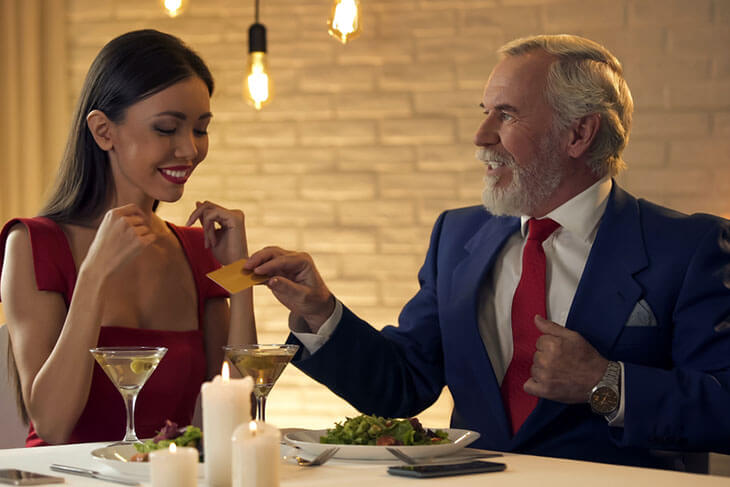 An Introduction to Sugar Dating

A controversial idea at large, the existence of sugar relationships has become increasingly more common. Popular television shows among Gen Z, such as Euphoria, have spread awareness of transactional sexual relationships, and many younger individuals have taken interest in this method of money-making. This, paired with the increased difficulty of finding a relationship within the pandemic, may contribute to why many popular sugar-dating websites have seen a recent increase in users. But what is sugar-dating?

The Beginnings of An Experiment

In 2018, I was convinced that sugar relationships were more intricate than prostitution and drafted a paper asserting that sugar relationships were not always created with a sexual objective. While I backed this assertion with claims from sugar baby youtube bloggers, I had no personal connection with anyone in the realm of sugaring. I decided to look into this matter firsthand and began a social experiment. Posing as a sugar baby, I created an account on a popular sugar relationship-seeking website to ask sugar daddies about their interest in a nonsexual relationship. I was interested in determining what portion of them was interested in a platonic relationship and what they were truly looking for on the website. Throughout the course of a month, I sent and received messages from hundreds of individuals across the globe. The results of my experiment overwhelmingly changed my perspective on the ethics of sugar relationships.

It is notable that the tag “platonic relationship” was available on the platform for users to specify their interests in a sugar relationship. I utilized this tag for some time, but after limited success with users messaging my account, I decided to remove the tag. This time, I received many more messages.

Most if not all of the sugar daddies I spoke to placed importance on intimacy being a part of the relationships they were seeking. Many were additionally interested in the other aspects of typical relationships, such as dates and vacations; however, they included intimacy in what they deemed to be an ideal sugar relationship. Some claimed they did not expect sexual favors, but at the same time did not wish to pursue a relationship without intimacy as a possibility. Various users responded with statements such as “waste of time” when I posed a relationship without sex, and many made efforts to change my mind. A few users asked me to “take a drink to relax” or “not limit myself” while others resorted to manipulative tactics attempting to discount my reasonings for not wanting a sexual relationship, explaining my logic may be due to a lack of comfort before meeting them.

While these responses did not clearly indicate sugar relationships were a form of prostitution, they did affirm the idea that most sugar daddies on the website were expecting a form of intimacy if someone were to be their sugar baby. As many of the users I spoke to were not interested in paying or providing gifts if sex was not part of the picture, there was a clear tie between funding and intimacy. This connection became more direct with some users sent comments with the term “PPM”. After researching the acronym, I learned that it meant “pay per meet”. Numerous sugar daddies used the terminology with me, and after I questioned their interest in a nonsexual relationship, most responded by reducing or eliminating the payment they had offered. Some even ceased interacting with my account or would block me. This suggests that these individuals were blatantly looking for a prostitute.

I have determined through my experiences that the majority of sugar relationships are focused on intimacy and can then be considered a form of prostitution. Prostitution can be defined as the act or practice of engaging in promiscuous sexual relations, especially for money. This definition can be looked at inversely. If a prostitute would exchange sex for money from a customer, then a customer would exchange money for sex from a prostitute. Because a lack of sex was what largely deterred sugar daddies from desiring to pay a sugar baby, it seemed they were looking for a form of prostitute.

While many of the factors that sugar babies had previously put forth to defend sugar babying remain true, they do not invalidate that sugar-babying can be seen as prostitution. Although romance, commitment, and trust humanize sugar relationships and are comparable to aspects of typical relationships, the payment for sexual favors still occurs. This is because the willingness of sugar babies to provide their bodies is still frequently the deciding factor for sugar daddies to “spoil” their babies. Regardless of the complexness or additional benefits included in sugar relationships, if sex is what allows for payment, then it is still prostitution.

Prostitution is legal in various other countries, but it is still illegal in forty-nine states in the U.S. This suggests that many sugar relationships could be argued as illegal in most parts of the United States; however, sugar arrangements are still permitted and non-monitored by the government. Therefore, to abide by state laws, sugar relationship-seeking websites should be more strictly monitored to ensure states are adhering to what they deem legally ethical.