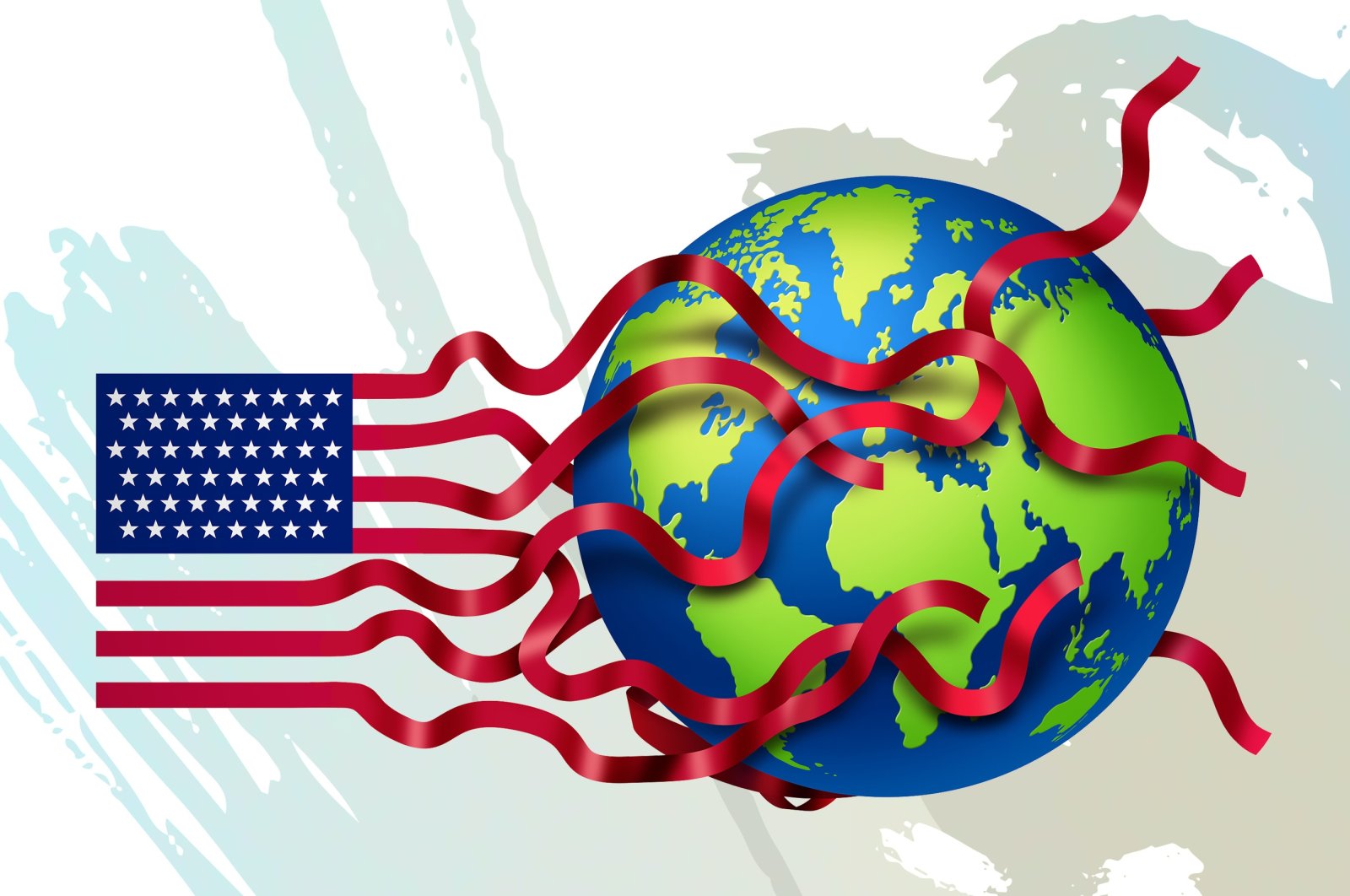 The recent visit of Nancy Pelosi, speaker of the United States House of Representatives, to Taiwan is now a well-known fact and currently a hot topic. Another notable point, though, is that China has repeatedly warned about sending high-ranking US officials to the island.

The request, not surprisingly, was disregarded. The US has, by now, gotten us all used to these kinds of impositions, ignoring other states’ needs and geographical space.

This visit, therefore, raises understandable doubts in the international community over its possible fallout. Given the US interventionist approach in many areas of the world (the ongoing conflict in Ukraine is a current example of this), there are concerns that the longstanding informal relations between Washington and Taipei can develop further, leading China to certain decisions.

After landing at Songshan airport, Ms. Pelosi did not lose time stated that “Our visit reiterates that America stands with Taiwan: a robust, vibrant democracy and our important partner in the Indo-Pacific.” The familiar words, the usual refrain, which is the typical image of the US as a beacon of democratic values and human rights, is promoted. At least the short reference to the fact that Taiwan is an essential partner in the Indo-Pacific gets us back to the harsh reality.

Taiwan, like many other de facto US colonies, must remain a democratic state because otherwise, one of the most strategic, from all aspects, places in the Chinese neighborhood would be irremediably lost.

Although through this statement, she won the immediate respect of the many Taiwanese eager to catch a glimpse of the US high-rank official, to other people (or too many) inside and outside of the island, her statement may have looked more like an accusation of Montpetit, accusatio Manifesta, to use a famous Latin expression.

In simple words: "Unsolicited excuse, manifest accusation" or "He who excuses himself, accuses himself." Although she did not apologize in her statement, the need to proceed to an immediate declaration soon after landing and explain the reason for this visit is an indirect equivalent.

And this is perfectly justifiable. Like many other people, Ms. Pelosi was perfectly aware of the boldness of her decision. Accordingly, China had already warned against this visit, interpreted as a downright US interference in China’s territorial integrity. Not coincidentally, Beijing announced several military drills in the area.

Once again, geography explains the obviousness of the situation and the dynamics of realpolitik, but also the ambiguity that has all along defined the US approach toward China.

Regarding Taiwan, the US-China relations are based on the "One China" policy, namely the recognition by the US of one and only one Chinese government, that of Beijing. Subsequently, formal relations were held with Beijing and not with Taipei.

Although this policy is a keystone that regulates, at least on the surface, the relations between the two giants, it is also a policy of deliberate ambiguity promoted by the US. Taiwan is and will always be a strategic island for Washington and a trojan horse for Beijing.

With the only exception of President George Bush, who, in 2001, clearly stated that the US would do whatever was in its power to defend Taiwan, the US has been promoting informal ties with the island. These were both cultural, spread through the American Institute, but also commercial. The US has been selling weapons to Taiwan for decades to increase the island’s capability of defending itself against China.

But this ambiguity is not new. It dates to 1979 when President Jimmy Carter formally established friendly relations with China. This could be interpreted as a gesture of goodwill if it weren’t for the fact that, the same year, the US approved the Taiwan Relations Act, packed with references to peace and stability.

Accordingly, the US must help Taiwan defend itself by selling arms. The hilarious side of the story is that, concurrently, the US engaged itself in promoting peaceful dialogue between the two neighbors.

Under this prism, Ms. Pelosi’s visit to Taiwan reveals its whole meaning. Now the question is: will this bold move escalate the situation further, leading to a possible war? A straightforward answer is impossible to provide. Nevertheless, a careful observer cannot help but notice some parallels with the current situation in Ukraine.

Here we have two neighboring countries at war (Russia and Ukraine) and another one located beyond the Atlantic Ocean (the US), supporting the weakest part by sending armaments. Moreover, the US is exerting pressure on the EU and the non-aligned countries in Africa and Asia to take sides and align with the West.

One of the several reasons for the conflict was NATO's expansion eastward, despite Russia's requirement in the early 1990s not to do so and despite some misgivings by some European leaders, especially France and Germany.

Regarding China and Taiwan, we also have two neighbors at loggerheads; a superpower located beyond the Pacific Ocean, the US (once again), and a bunch of Asian countries (not coincidentally, MS Pelosi, before landing in Taiwan, visited South Korea, Japan, Singapore, and Malaysia); weapons provided to the weaker part, Taiwan; and China demanding respect for its territorial integrity, its "near abroad."

The war in Ukraine is justified, from the Western side, with some narratives. One of these is defending the Western democratic system and human rights. The same report is applied in the Taiwan-China debate as well.

Not coincidentally, Ms. Pelosi, in an opinion written by herself for the Washington Post said that the US will support Taiwan against China because the latter is "a threat to the peace and security of the Western Pacific area and of grave concern to the United States." Moreover, she also stated that "America’s determination to preserve democracy here in Taiwan and around the world remains ironclad."

A somehow strange and ambiguous statement. While declaring that the US wants to preserve democratic values, it imposes its presence and will on several areas of the world. Someone may say that this behavior leans more towards autocracy than democracy.

As for human rights, Ms. Pelosi met with human rights leaders from Taiwan during her visit to South Korea. This is a noble gesture, but it would be even nobler if the numerous human rights problems plaguing the US were tackled in the first place. If a movement like Black Lives Matter exists, it means a failure of democracy. If American women must go abroad to get an abortion, this means a loss of human rights. The very recent executive order issued by Joe Biden concerning abortion-related medical care for women traveling outside sounds like a prank, if not an offense.

At least there seems to be a logical person in the dangerous China-US-Taiwan triangle. Ko Wen-Je, Taipei Mayor, welcomed Ms. Pelosi but warned that Taiwan should not rely on external power and be instead a self-governed island. He wisely pointed out that Taiwan should not be put "between a rock and a hard place" in US-China relations. Taipei should keep a balance and maintain friendly relations with the US and Japan and be on good terms with China. Wisdom and common sense, though, coincide very rarely with realpolitik. Ko Wen-Je s' words were drowned out by another of Ms. Pelosi s' statements:

“Today, the world faces a choice between democracy and autocracy. America’s determination to preserve democracy here in Taiwan remains ironclad.”

But what kind of choice is she talking about? The borders between what was initially considered an autocratic country and a democratic one (like the US, fiercely supported) have been blurred. The main question is whether a country that meddles in other states' affairs using different kinds of direct and indirect means can be defined as a democratic state or just an autocratic one acting under the banner of democracy and human rights.

To come back to the initial question of whether Taiwan will be a new Ukraine, the only sure thing is that the destiny of this country has already been decided by those few individuals that hold the reins of this world. Furthermore, the decision will then be communicated to the people suffering the consequences of all this, as usual.

Meanwhile, it appears that MS Pelosi is particularly concerned about the sexist  implications of China's reactions to her visit to Taiwan, drawing parallels with the stay of several US senators in April.

“They made a big fuss because I’m speaker, I guess. I don’t know if that was a reason or an excuse because they didn’t say anything when the men came.”

Let`s hope for the best.