Taking Down the Illegal Organ Trade 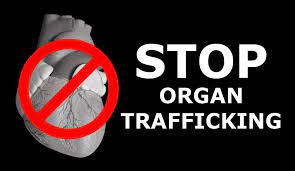 The discovery of a network of kidney traffickers in Delhi last week brings back memories. A similar racket was discovered in Pune in the last week of May. The newest scandal in Delhi is the capital's third in less than a quarter-century. The web-involved doctors and other healthcare staff, hospital officials, and donors who had poor days – they cater to patients with end-stage renal disease who cannot be cured with drugs or dialysis and require a transplant, as in most such situations.

Transplantation activities gradually increased over time. The kidney, liver, lungs, pancreas, intestines, and heart are the most often transplanted organs. Many doctors in India have taken unfair advantage of the situation. Instead of raising public awareness about organ donation, they began with illicit organ transplants, the most popular of which is an illegal kidney transplant because kidneys are the most in-demand. Several incidents have indicated the medical performance of such procedures by fake doctors. Organ transplant trafficking is one of the fastest-growing yet least-reported crimes in India and other nations, according to the World Health Organization (WHO). However, the number of patients in severe need of a transplant currently outnumbers the number of available donors.

According to reports and polls, more than 1.5 lakh people in the country require this operation each year. The National Capital Region is the epicentre of this vast illegal organ trade. Police officers, doctors, hospital administration officials, medical support workers, and kidney and liver donors are all part of the criminal web that caters to patients with end-stage kidney and liver failure. These patients cannot be treated with medications or dialysis, necessitating a transplant.

Even though the actual statistics of premature deaths due to heart, liver, lung, and pancreas failures have not been collated, the Union Health Ministry stated in 2016 that there is a huge disparity between the demand and supply of human organs for transplant. Only 6,000 kidneys were available, according to the Ministry, against a demand of 2 lakh. Similarly, only 1,500 livers were available against a demand of 30,000, and only 15 hearts were available against a 50,000 across the country. Only approximately 3% of the demand is met, according to the Multi-Organ Harvesting Aid Network Foundation (Mohan Foundation), a Chennai-based organ donation NGO.

In India, the deceased organ donation program is mostly limited to large institutions and the private sector, making it less accessible to the general public. Poor donors are driven into the trade because organ donations from cadavers and brain-dead patients are insufficient to meet India's annual kidney transplant demand of over a lakh people.

The Human Organ and Tissue Transplantation Act of 2011 recognizes three types of living organ donations. Near-family donations (parents, siblings, and spouses), altruistic donations, and swap donations are allowed when a close relative is medically incompatible with the receiver, and the pair are allowed to exchange with another related unmatched donor-recipient pair. By masking criminal trafficking as "altruistic donation," the clandestine industry in the organ trade thrives. The fact that the desperately destitute are being persuaded to sell their organs in case after case — including the most recent scam in Delhi — demonstrates the failure of the protocols designed to confirm the donor's "altruism." Suggestions to improve the transparency of organ donation committees' operations have mostly been ignored.

Some Western countries have adopted the "opt-out" approach, which presumes that all citizens are consenting organ donors after death unless they "opt-out." However, medical ethicists warn that such a strategy may not always be attentive to the family of the deceased, particularly in nations where organ donation issues are poorly understood. The Indian organ transplant law recognizes cadaver contributions with the consent of the donor's family. However, certifying a person brain-dead in time for organ harvesting is a difficult task, and most hospitals in the country would struggle to summon the necessary knowledge and facilities. With the number of people suffering from lifestyle diseases increasing at an exponential rate over the last two decades, it's more important than ever to address them.

The Transplantation of Human Organs Act may have curtailed these rackets to some level, but it is evident that this is insufficient. The real criminals are the middlemen, hospital employees, and a few doctors who profit from such unlawful acts. They exploit the impoverished people of our country to generate money, making their lives even more difficult. Harsher penalties should be applied to end such criminal rackets. The maximum sentence and penalties stipulated in The Transplantation of Human Organs Act (THOA) must become more severe to spread awareness about of the seriousness of this offense.

Further, if there is no longer a gap between the demand for kidneys and the supply of kidneys, i.e., if kidneys are readily available for patients in need of a transplant, these kidney rackets will automatically shut down as demand declines. The number of kidney donors must increase to accomplish this shift. There are still many superstitions and misconceptions about organ donation after a person has died or been pronounced brain dead in India.

The underlying reason for this is a lack of understanding regarding organ donation. Education about the current situation and the importance of organ donation through public awareness initiatives is an indispensable first move. If you can benefit someone even after you've died, that's a gift of life, and nothing is more valuable than that.