The bitter reality of a great civilization: The education system of India 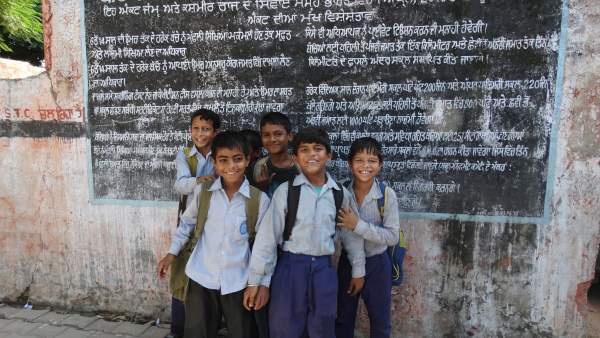 During this ongoing ‘panic-demic’, the universities and schools across the country are more worried about the academic exams but are paying less attention to the incomplete lessons. Doesn’t this portray the decaying of the education system of our country?

"Education is the passport for tomorrow, for future belongs to those who work for it today." If we see this quote by Malcolm X in the context of India, then today their education system has emerged as the biggest milestone which is stopping it from putting the stamp of success on its passport of education.

A system is the proper arrangement of identical parts ensuring it's working to its full efficiency in order to run bigger machinery. When it comes to the education system, students, parents, teachers, schools and government agencies form its identical parts to ensure the smooth functioning of the machinery called "the society". In other words, it lays the forming foundation of humanity and clinches a fortified future.

The role of youth in the development of a nation is never undermined by anyone. Today India is the youngest, the most youthful and fastest developing economy of the world with its average age of 27 years in contrast to 38 and 47 years of the developed nations of USA and Germany respectively.

But why isn’t this fastest-growing youth in not impacting the country positively with their work efficiency, skillfulness and credibility? Because they are not moulded to yield these factors and hence the failure of the Indian education system for so many years till now.

The journey from the ancient times of the Gurukul system of India which mostly concentrated on the personality development of a student to the so-called result based modern educational system, It’s clear that India has been growing in the wrong direction. As a result, we can see that India kept losing its tradition and by adopting wrong elements from the western model now we are nowhere near to practicality. The promise of better quality education seems to have gone with the wind.

The changing definition of education for Indians from years is the result of its less efficient, boring and theory-based educational system which concentrates on developing "well-filled minds" rather than "well formed minds".

When Einstein said “Don’t judge a fish by its ability to climb a tree”, most of us felt it. The compulsory subjects after upper primary are nothing but a burden that students are fed. For students wanting to pursue in artificial intelligence need not have to burn their heads with long essays on kings that ruled in some European countries between some period of time. Or those who are passionate about linguistics need not have to worry about never-ending complex equations of trigonometry.

Well, even if that’s not the case, how many relevant topics are taught in high schools and universities under a major? Is it really necessary to include science (including chemistry, physics), mathematics and a language for the first-year engineering students? These extra burdens are all forgotten after they start hitting the main subjects.

There is a plethora of institutions where practical and project-based learning are nowhere out of sight. The professors turn out to be least experienced at such institutions and are all focused on the syllabuses.

The hiring of teachers under contracts in our own government schools is not only unconstitutional but is also diddling our conscience. However, we should be ready to expect the least where even education is bargained.

Today in India almost 93% of the students passing out from the college are either unemployed or underemployed. This is the result of the promotion of a "degree" based curriculum for job interviews which has given a green signal to the commercialization of education in India. As a result, today we can see numerous private educational institutions, adorned in massive buildings and polished surroundings, that are only concerned with giving out degrees that are even costlier than kidneys.

This result based system has indeed turned education less feasible and more expensive.

The inadequate number of government educational institutions and lesser facilities in them constantly push the students to shelter under the private institutions. This raised the need for educational loans or suitably called “never-ending debts” if employment is not promised after.

Even where the education is feasible and affordable, there is incompetent faculty teaching with a conventional theoretical classroom-based approach which results in zero self-development and creates a huge gap between the level of aspiration and the level of preparation for students. When there is no encouragement to learn, the students only attend the classes to fulfil the mockery of 75% attendance.

The ecosystem of the Indian educational system has become as such that it doesn't allow the innovations.

Due respect, lower salary packages and allowances to the teaching staffs are some of the main reasons why our society is lacking passionate ‘gurus’

Most of them presently indulged in this field are there by chance and not by choice.

This has made the teaching profession the last option for many professional college pass-outs. This process has done more harm than good to the system as it has resulted in the brain drain of the more qualified professors to the higher-paying foreign institutes. Therefore the golden crop sown in our land is being harvested in some other because of our inefficiency.

The burden of the staggering failure of Indian educational system cannot be only laid upon the non-efficient and economically partial system. There are many more loopholes which are needed to be addressed. As part of it, we are also equally responsible for promoting all the pseudo developmental schemes of class-based education.

The parents, unanimously throwing their children into the ditch of expectations where there is no comeback for them. They are equally responsible for curbing the innovation and critical thinking of the children.

Pressing their goals or aims onto their children is more suicidal. Instead, they should respect their children’s ambitions and promote curiosity and learning through life experiences. Along with asking for higher grades, they expect their children's personal development which will be nowhere near to them if mugged up for grades. And after a few years, they feel the need to send their children to personality development classes, undermining the fact that it should have been monitored during the school years.

We should see both sides of the coin. It will be unjust not to admire some of the great efforts of government to promote education throughout the country.

Introduction of mid-day meal, free books, uniforms, etc made education more available for the underprivileged classes. The government released schemes to enlighten the parents to send their girls to schools by launching "Beti Bachao, Beti Padhao " scheme and under “School Chale Hum” scheme, many numbers of schools were built in many of the remote villages of the country.

Despite all of these efforts by the government, the lack of system failure and poor management of these schemes impede the reach their maximum efficiency.

This is the time when we should look back to our traditional Gurukul system and take inspiration from it to inculcate personality development in our children. Also, its time to include some methods from other countries like the choice of subjects before matriculation itself. Inclusion of basic financial management studies and sex education for the teenagers will definitely gift the students a better life and mould better personalities out of them. Classes to boost critical thinking and eco-friendly learning can be considered.

"Knowledge without critical thinking is like having a bike without the knowledge of driving ".

It's high time for India to recognize their youth potential and empower them by application of good educational policies. Along with the opening of schools it should also concentrate on good teaching staff, equipment of schools with necessary technologies like computers, projectors etc.

It’s not to forget that "A well-formed personality lays the foundation of a prosperous civilization, and roots of which is reflected in its educational system ".