The 'Business Model' of Terrorist Employers 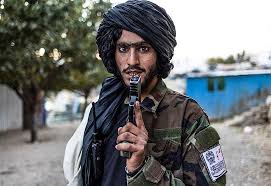 Militant groups in any country have two basic features: dissatisfaction with the current regime and the manifestation of this feeling through an armed conflict. The reasons for not preferring the current model of governance may be varied, and most of these people have vested interests of their own. Their allegiance is thus not defined, and they have a vast scope of joining particular ideologies. They only disagree with the government of the country they are in and may join hands with another country's government with similar objectives. A senior kind of militant group is a terrorist organisation, which is characterised by the calculated use of violence to establish fear in the minds of the people, along with the dethronement of the existing government or the installation of a puppet government. Terrorist organizations, much like contemporary multinational companies, start in a particular place but soon expand to other countries and begin recruiting people from there. So the aim and means of completion are decided at the headquarters, but people from different areas work on it. The trick of terrorist groups is that many misguided youth who join such terror organisations do not understand how the system works. They assume that it is the issues of the country they are working for, but they are watchdogs of the interests of their fund-givers. It gives an extra boost to their productivity as, unlike regular employees, they think they do their "job" on faith.

More often than not, terrorist organisations are supported by countries to cause anarchy in other countries for their interests. On a smaller scale, this also happens in cities where certain anti-social elements have the backing of political parties to carry out their shady deals. Terrorist organisations act as outsourced companies of a certain country and give them the benefits of an outsourcing company. Huge companies like Google and Microsoft need to have a huge workforce in areas like software services and customer support. So they outsource skilled workers from companies like Wipro and TCS to do their work. If a country, such as the United States, sends its soldiers to another country, it sends a message of direct intervention, causing diplomatic difficulties. On the other hand, if it funds terrorist organisations like the Taliban (which was a creation of the CIA to fight the Soviets during the Afghan-Soviet war of 1979 as part of the Cold War), it holds no responsibility for its actions on international platforms. This has the following advantages over hiring people from their own country:

1. Less input and more output-An American professional would charge around $10,000 for rendering customer services, but an Indian professional may do it at $1000 due to the difference in currency value. Similarly, the intervening country would just need to provide terrorists with arms and training.

2. Saving resources- More employees at the headquarters would need bigger space, more electricity, and other requirements, but in another place, this would be the complete responsibility of the outsourced companies. Hiring and firing employees would also be the responsibility of the outsourced company. So the terrorists, along with having a better understanding of the terrain, would not require resources like barracks and protective gear, which the American, Russian, or European soldiers would need.

3. No need for Insurance, pension or severance package - Google or Microsoft does not need to provide TCS or Wipro employees with any of these as the employees do not work directly under them. In the case of an employee working in the US, the company would have to provide health insurance, a pension and 6 to 12 months of severance package. Similarly, any employed soldier is entitled to a fixed salary and pension, but this is not applicable to terrorist recruits, who may have no way of surviving but cannot sue the government. This further gives a boost to the business of terrorism.

4. Ability to change employees immediately- While Google cannot fire all of its employees if it is dissatisfied with the work, as this would be a stain on its reputation, it can easily leave an outsourced company for a better one.The US or Russia can also cut funds from a terrorist organisation and begin funding another one.

The nations who use these terrorist organisations always remain in profit, and, of course, the terrorists are doomed to death, but the land used as the training ground for them suffers the maximum loss. Taking up the recent example of Pakistan, which has been bailed out by the IMF 13 times and is now waiting for a 14th turn, the UN is weary. One of the chief reasons for Pakistan's failure as an economy is its war brokering business. It not only acted as the land route for the US during the Afghan-Soviet wars but was also the alma mater of mujahideens, Al Qaeda, Lashkar-e-Taiba, Jaish-e-Muhammad, etc., as agreed by Parvez Musharraf on record. Since 2001, the country has been receiving support from the US Coalition Support Fund for the American military use of Pakistani ports and airways against the Russians. The youth of Pakistan were misguided by terrorist ideologies and the country, while acting as a slave to the US, developed a questionable reputation in the world. The same story is being repeated now, but the new master is China. The overzealous dragon has lent generous loans to Pakistan at a commercial rate of 4%, as compared to the typical 1% of western countries or the World Bank. The time of this loan is also 10 to 15 years, while globally it is 28 to 30 years. China is developing around 16 projects in Pakistan, including railways, solar plants, and gas lines, with the condition that the entire construction is to be done by Chinese companies with Chinese workers. It is estimated that 5 million Chinese nationals will be working in Pakistan by 2025. Practically, the money will flow back to China, but on paper, the weak country has a huge debt along with interest. China's purpose here is to control Gwadar port, which it already has on a 40-year lease for its string of pearls strategy to encircle India. Pakistan would again act as a puppet, being indebted to China for 65 million dollars. In all this, the country that uses terrorism loses the bargain, and only the leash goes from one master to the other.

All measures to curb terrorism are fine, but it is important that the basic functioning, or rather use of it by clever countries, is understood by all so that people who are discontented with the internal affairs of their country can solve it domestically rather than hold a terrorist flag and harm their own people.