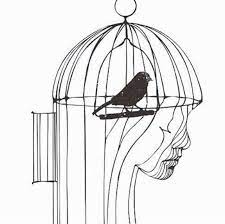 Aristotle expressed- ‘Man is a social animal’. Society is something that precedes the individual. It is the ‘society’ of which we are a part, but not necessarily every individual is a part of this society. Scholars frequently assert that individuals shape society, but whether individuals are included within it relies on socialization, stigmatization, discrimination, and exclusion. This article aims to highlight the plight, exclusion, and stigmatization of one major group residing within the Indian society i.e., 'The Hijras'.

India has been a worldwide model of unity in diversity for about a century. With several religious, linguistic, and cultural communities living together harmoniously, Indian society is most definitely pluralistic. Yet, when we view the Indian society from caste and gender perspectives, acceptance and development are still lacking. We might have developed a lot in terms of economy and technology; it is the mentality regarding certain individuals which is still backward, especially in terms of gender. Traditional views of gender focus on two binaries of males and females. This societal construct of only two genders existing within the society often makes us blind toward the third gender i.e., 'Transgender people.' Transsexuals, intersexed people, and just about everyone else who doesn't fit into the traditional gender model fall under the umbrella term "transgender." On the other hand, the term ‘Hijra’ is often used as an umbrella term to signify individuals who defy prevalent binary gender constructions and who express or present a breaking and blurring of culturally prevalent stereotypical gender roles. According to Nabanita Dutt, Hijras live in very pathetic conditions in India as they are still discriminated against and denied their civil rights. It has been a community that was and is still discriminated against by people, and devoted its life to God and the state. They are worthy of as much respect in society as we are. They should not be stigmatized, rather they should be ‘humanized’.

The emblematic figure of South Asian gender and sexual diversity, the 'Hijra,' is a publicly institutionalized subculture of male-bodied feminine-identified persons. Although they have existed as a culturally recognized third gender for a very long time, it is only recently that Hijras have been legally recognized as a third gender in several South Asian countries." Their face is recognized in Indian society as a horrifying caricature of womanhood dressed in ill-fitting blouses and colourful saris as they terrorize pedestrians in crowded marketplaces clamouring for ten or a hundred rupees." Kajal, powder, and vividly coloured lipstick are commonly applied to their faces.

We frequently encounter them in local trains, or usually at a crossing or a busy signal, with male voices shouting expletives and hands meeting crossways in a distinctive clap. They prey on unsuspecting bystanders who are willing to part with their money rather than be presented to the sight of their entire group surrounding them." They do not conform to conventional notions of male or female gender but combine or move between the two or are simply neither of the two. An estimated 5-6 million Hijras live in India. In modern India, Hijras often live in their communities, called ‘Gharana’. They make a living by dancing and celebrating at births and weddings, but they frequently have to turn to other ways to make ends meet. Their way of living life and residing in the society is unconventional in all realms starting from their clothes to something as basic as their style of clapping hands. Their trademark clap is unique, and there is a reason that they clap in that particular manner. The Hijras’ clap is a distinct horizontal flat palm striking against and perpendicular to each other, with fingers, pressed, as opposed to the common applause style. This is an extension of their physiological identity. It communicates ‘I am who I am'. Historically, mainstream society has ignored their vulnerabilities, grievances, and insecurities. The Hijras claim that the mainstream society does not understand their culture, gender, mentality, and sexuality. Dimensions of their social deprivation and harassment have never received attention in the development of society.

Factors Contributing to Stigmatization of Hijras

Some of the major factors responsible for the stigmatization of Hijras and sex workers include the following:

a) Socialization & Labelling: In simple words, socialization is generally defined as “the process of learning to behave in a way that is acceptable to the society”. Socialization is the major factor behind any sort of stigmatization, discrimination, and exclusion of people within the society. Socialization is the process responsible for the creation of “labelling differences” and this can be seen in the case of Hijras. The label ‘transgender’ generally indicates a ‘transgression’- to be ‘trans’ is to defy rigid and binary constructions of gender and to live partly or fully beyond gender roles expected by society. In India, terms such as ‘hijra’, ‘Kinner’, ‘aravani’ are used to describe them. However, often there is a negative connotation attached while labelling them as “Chakka”. The term Hijra is also used in a negative sense just because they do not fit in conventional and socialized gender roles.

b) Societal Perceptions and Myths: There are certain pre-conceived societal perceptions and myths regarding Hijras, which contribute to the stigmatization of these people. The general societal perception regarding Hijras is that they are 'abnormal' people for not fitting into the gender binary of male and female. Society believes that there is something ‘wrong’ with them because they don’t fit into socialized gender roles. In addition to this, the ‘myths’ regarding Hijras that they kidnap children and force them to turn into Hijras adds to the ‘fear’ and their exclusion within society.

c) Status Loss as a Source of Discrimination:  An immediate consequence of negative labelling and stereotyping is a general downward placement of a person in the status hierarchy. Hijras are disadvantaged when it comes to the general profile of life chances like income, education, psychological well-being, housing status, medical treatment, and health.

Implications of stigmatization of Hijras

Hijras have to face the consequences of being stigmatized. Some of the brutal implications (as given in the Community Guide of Human Rights) of stigmatization include-

 Violation of their human rights

 Lack of access to appropriate health and care

As a result, Hijras face social marginalization, isolation, and discrimination from their families, communities, and society, due to mainstream society's moralistic viewpoints on gender and sexualities, which equate variation with deviance and deprivation. This has prevented them from positioning themselves in the greater society with human potential and dignity.

Looking At Hijras through a ‘Human Lens’

The Hijras have been excluded and are denied their fundamental human rights for a long time in the Indian society, but it’s time that we bring about a change and help them live a life of self-respect and dignity. To achieve this, we need to broaden our mentality, change our perspectives and break the preconceived notions and stereotypes, created through the process of socialization. Some measures that can be undertaken to make these groups an integral part of our society include: -

• Society as a whole should sensitize to the gender identity of the Hijras.

• Assistance to civil society organizations in advocating for their causes and initiatives, such as land and shelter, acknowledgment of their ability to vote as citizens, and election seat reservations, etc.

• Media support (both print and internet) to emphasize their suffering rather than presenting them negatively.

• All Hijras should have equal access to school, employment, and other necessities. Their sexuality and occupation should not obstruct their total growth.

• Institutional discrimination must be eliminated, and all persons must be treated equally.

There might be many reasons given within the society for stigmatizing, discriminating, and excluding the Hijras but what we need to remember is that before having a particular social identity such as gender, race, class, caste, or work, they are born as human beings, which is a big enough reason to include them and accept them as a part of our society. All we need to do is replace the ‘social lens’ with a ‘Human lens’ and then only can a society become a better place for every person regardless of his/her social identity.