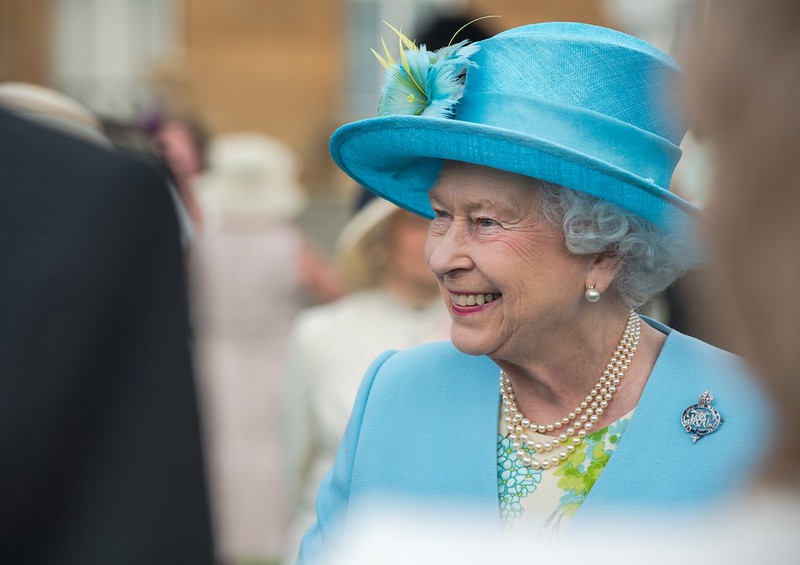 On 8 September 2022, Britain’s Queen Elizabeth II died peacefully at her Scottish residence Balmoral Castle, aged 96. Her reign lasted  70 years, making her the only British monarch multiple generations of people worldwide have ever known. As such, she was a symbol of constancy and connection in a world fraught with political and social change, much of it involving or even originating from the country she ruled. In this light, her passing has become a source of not only grief but also worry and a far-reaching sense of uncertainty that is worth exploring. Looking first at the events the Queen experienced and then at the current scene of global mourning, I argue that Elizabeth was an irreplaceable icon whose loss has certainly enhanced an already-growing sense of instability and unstoppable change felt by many across the world.

The woman behind the crown

Elizabeth Alexandra Mary Windsor was born in Mayfair, London, on 21 April 1926. She was the first child of the then Duke and Duchess of York, while her uncle was the reigning monarch Edward VIII. With a healthy king and heir, few expected Elizabeth to rule one day.

However, at the age of 27, Elizabeth was titled Queen. Edward VIII abdicated in December 1936, just 325 days after his coronation, to the twice-divorced American socialite Wallis Simpson. His successor, Elizabeth’s father, George VI, suffered from smoking-related health problems and died aged just 56 in February 1952. At the time of her father’s death, Elizabeth was in Kenya on his behalf. She had left the country a princess; she returned to London as the new Queen. “It was sudden taking on and doing the best job possible.”

But even before her succession to the throne, Princess Elizabeth was already an active member of the royal family. She turned 18 in the middle of the Second World War when she learned basic motor mechanics and driving skills with the Auxiliary Territorial Service. “I began to understand the esprit de corps that flourishes in the face of adversity.”

While participating in the war effort alongside her father’s subjects, Elizabeth also found time to pursue her love life. She consistently exchanged letters with her third cousin Philip, Prince of Greece, who served in the Royal Navy during the war. They married on 20 November 1947 and had their first child, Charles, in 1948. Before his death in April 2021, the Queen described Philip as “my strength and stay” throughout all 74 years of their marriage.

Indeed, the Queen and Prince Philip saw the world change drastically together. We could even say that the Queen was to the world what Philip was to her.

Elizabeth was crowned at Westminster Abbey on 2 June 1953 in front of a TV audience of over 20 million people, breaking records at the time. Since then, the Queen has witnessed unimaginable social change both within and outside her country.

Even from the start of her reign, the Queen must have known she was at the head of a particular time in the UK and world history. In 1952, the Second World War had just finished, but instead of peace, the US and the Soviet Union decided to address the tensions between them in the 1930-1940s, leading to the start of the Cold War. The UK, a firm ally of America, was quickly pulled into the hostilities. And yet the Cold War would be unlike any other form of conflict seen before, as political alliances, invisible spheres of influence, and proxy wars replaced head-to-head battles and military strategy. Everyone, whether a citizen or soldier, became involved in the Cold War effort somehow - and the Queen led the people of Britain steadfastly through all of it.

She remained firm as the British Parliament received backlash for Prime Minister Anthony Eden’s controversial handling of the Suez Crisis in 1956. She was there throughout Britain’s nuclear crisis in the 1960s. And she watched as the decades-long tensions and hostilities between the US and USSR dissolved into a new world order, Britain’s role as a leader much lessened. She may not have publicly participated in the politics of the Cold War, but by resolutely holding weekly meetings with the Prime Minister and appearing in public as a calm and composed figurehead, she became – and has remained – a sign of stability throughout troubled times.

Additionally, the Queen also had to deal with the many changes in British society, economy, and culture that these global events caused. When Elizabeth rose to the throne, Britain’s vast empire was still mainly intact, and class and privilege remained oppressive forces in society. However, while British colonies fought for independence, the UK was also opened up to American cultural influences that would loosen up the rigid boundaries defining its own culture.

While grappling with global and national movements on an unprecedented scale, the Queen also had to deal with family conflict, as the divorce of her son Charles and his first wife Diana became a public controversy. But though it has taken until now for many to forgive the new King Charles, the Queen never once wavered or showed signs of weakness.

Elizabeth had vowed to devote her life to service at the age of 21. In 1977, over 20 years later, she stated, “Although that vow was made in my salad days, when I was green in judgment, I do not regret nor retract one word of it.”

Indeed, Elizabeth’s ability to stay strong at the helm of a country experiencing huge waves has made her a national symbol of strength and dignity in the face of challenging times.

Reactions to her death

This is why Elizabeth’s passing has been so devastating for so many people. , but what I want to focus on are the reactions of ordinary people. Their grief tells you about the Queen’s impact on the world - she was not just a leader; she was a true leader of the people throughout all those troubled times.

The BBC wrote a touching article showing the extent of the country’s mourning for their Queen: “From young children holding hand-drawn cards to Chelsea Pensioners on mobility scooters, many left their notes.” Notes were photographed, on which were written heartfelt, personal messages: “You were my grandmother’s idol, and we are here today because you’re so much to all of us. Thank you for every memory.” People were also heard saying to each other, “She’s been with us since I was a little girl,” and “I know she was our Queen.”

Furthermore, a mourner outside Buckingham Palace told CityNews, “We’ve all known just one Queen. She’s the person we’ve always looked up to. Somehow, it’s just a sad day, a very, very sad day.” Another said that Elizabeth “led the country with great reverence and duty and respect and honor, and I just don’t know if there will be another like her.”

From these messages, it is clear that the Queen had a unique spot in many people’s hearts, which could never be achieved on such a large scale by many world leaders today. She was not a distant ruler but a mother figure, someone to look to for security and comfort when everything else seemed uncertain. This is because the Queen remained a steadfast ruler throughout the many national and international upheavals she witnessed.

More importantly, I want to hone in on the widespread belief that “there will [never] be another like her.” It’s true - no other world leader could be a source of comfort or strength to so many around the globe. They may be able to rally their country’s citizens to their cause but only at the cost of alienating allies or provoking hostilities. And more often than not, these leaders struggle to gain support from their citizens alone, as their ideologically motivated actions anger opposition parties or extremist factions. Therefore, it is unsurprising that people feel unsure and uncertain about the future with Elizabeth gone. To think that there will never be another leader like the Queen suggests that we are now entering a phase of unmediated instability and conflict, a period that had already begun with other events like the unexpected Russian invasion of Ukraine.

In closing, the world, especially the British public, remained gripped by shock and sadness at the passing of Queen Elizabeth II, even as King Charles III officially began his rule. This is because the Queen had always been there to guide Britain through a series of dramatic changes within and outside the country, an icon of timeless elegance and strength that always felt like it would last forever. To me, her passing has served as a reminder of the finiteness of human life and the importance of perseverance and retaining your dignity through what can feel like the worst of times. And I believe that Britain - and the rest of the world - will need these values to navigate through the next few decades, which will undoubtedly be characterized by violence, pain and grief.