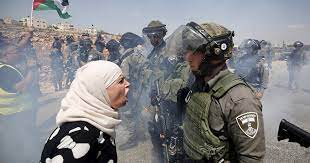 The Israel Palestine conflict hit the headlines in May this year amidst protests in Jerusalem against Israel's eviction of Palestinian families. Once it became violent with the questionable government of the Gaza strip launching missiles to destroy Israel and subsequent events gained further attention. Some say knowing about the history of this land is irrelevant, but as George Santayana said- "Those who cannot remember the past are condemned to repeat it".

The area where Israel and Palestinian settlements were once lands of the Ottoman Empire. This Empire was the last to witness the peaceful coexistence of Christianity, Islam, and Judaism followers. Though it is the oldest of the three monotheistic faiths; no other religion has faced so much censure as it did. Christianity had been at loggerheads with Judaism, although Judaism's core beliefs come from the Torah (the first five books of the bible). Much like fake news travels today, there were rumours of Jews drinking the blood of Christian children in their rituals spreading in Europe, and soon they were considered a different ethnicity. Philosophers like Theodore Herzl proposed that there should be a Jewish state; his theory was called Zionism. In the late 18th century, they felt so unwelcome in Europe that they began migrating to America and Jerusalem.

Where The Sun Never Sets

The scramble for the Middle East intensified in 1915 with the British French in Arab Armies fighting against Ottoman rule. Britain, using its characteristic policy of divide and rule, made three contradictory promises.

1. Balfour declaration for a Jewish state

3. Sykes-Picot agreement for dividing the middle east equally between France and Britain

Britain could implement only the final agreement, and Israel and Palestine's land came into its control. In Europe, the carnage of Jews had begun with Hitler coming to power and them towards Palestine. Britain initially accepted these immigrants to influence American elections by buying a Jewish vote bank. Somewhere in the middle of the Second World War, Britain had realized that the colonies were more trouble than they were worth and in 1948 left Palestine, passing the land distribution issue to the newly formed United Nations.

The United Nations made a partition plan dividing the land according to the population percentage. Giving 55% to Jews and 45% to Arabs. The Jews accepted this arrangement and called their "judenstaat"- Israel, but the Arabs were dissatisfied. Arab countries attacked the newly formed Israel in 1948, called the First Arab Israeli war. Israel won and occupied Palestine as a spoil of war; many Palestinians had to seek refuge elsewhere, known as the 'Palestinian exodus'. In the second Arab Israeli war 1967, which lasted only six days, Israel took control of the Gaza Strip, West Bank, and Egypt in the Peninsula. When Egypt became the first, middle Eastern country to recognize Israel in 1979, things cooled down, and Israel gave the Egyptian Peninsula to it. The presidents of both countries won the Nobel Peace Prize for this; problem sorted, right? Wrong.

Egyptian president Anwar Sadat was assassinated two years later by radicals while the Israeli government encouraged its citizens to settle in Palestine. In 1993, Israel's president Yitzhak Yamin attempted to bring peace by recognizing the radical organization PLO (Palestinian Liberation Organisation); by holding the Oslo accords with it. Thus, establishing the Palestinian national authority like the Egyptian president, Yamin was also given the jinxed Nobel Peace Prize, and he too met the same fate as the former in 1995. Another group felt that the PLO was too liberal in its dealings; this group formed the 'Hamas' in 1987. How much not only boycotted the 1996 PLO elections but also sent suicide bombers in Israel led to a civil war in the Palestine region in 2007. Hamas is labelled a terrorist organization by the USA, Israel, Japan, and the European Union. The UK and Australia call only its military wing terrorist; China, Russia, Turkey, and Norway do not count it as a terrorist organization. Earlier this year, Hamas threw rockets in Israel, but its Iron Dome technology defended Israel. In retaliation, Israel demolished 848 Palestinian residential areas displacing 996 people and killing 31 Palestinians. Currently, they had been protesting against Israel's illegal occupation. According to Adalah, the Legal Centre for Arab minority rights in Israel, Israel maintains over 65 discriminatory laws against Palestinians. Hamas and Israel agreed on a ceasefire after 11 days of destruction on 21st May 2021.

What is The Solution?

The ceasefire is temporary until the borders are redrawn to everyone's agreement, and another violent action is looming on the horizon. Radicals suggest the zero-state solution, which wipes away Palestine's or Israel's name from the face of Earth, clearly not agreeable. Daniel Pipes gave the three-state solution with Gaza going to Egypt, the West Bank to Jordan, and the remaining area to Israel, but both Jordan and Egypt are wary. However, most countries offer the two-state solution, with 1964 borders being reinstated and dual citizenship being provided to Palestinians. However, the best solution seems to be the one-state solution of a secular democratic state of Israel and Palestine. The scattered settlements could be homogenized in this country; this will reduce chances of conflict and consequently defence expenditure so that economic development can occur. The government should practice equality of laws for an egalitarian and peaceful society. Hamas funded by Iran, Qatar, and Saudi Arabia should be re-evaluated in terms of its interest in Palestine. A swift action plan with representatives of Israel and PLO is necessary to solve this issue once and for all.