The Menace of Mobocracy 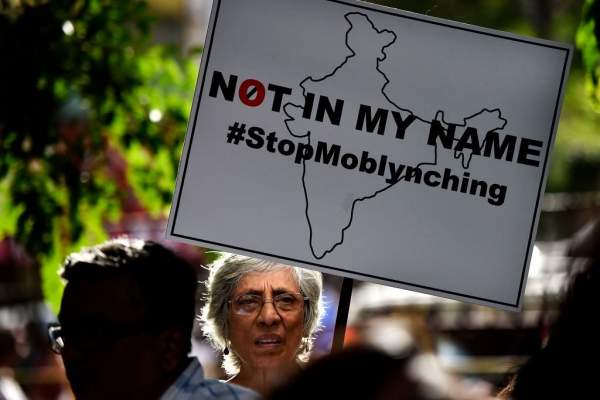 Amidst a deadly pandemic, life has proven to be hanging by a thread of hope. Medical infrastructure has been overburdened, and the incompetency of the State has been brought to light. Some horrific incidents continue to take place in the country. Asif Khan was killed by a mob on 16th May 2021 while returning home with his cousins. According to the spectators, he was beaten up due to some past rivalry with local Gujjars and made to chant “Jai Shri Ram” before his body was dumped in a nearby village. An incident, marking another low in the failure of humanity as a whole.

Mob killings necessarily create an environment of anarchy in a society where the respect for the law is buried, and the violence of human nature takes precedence to establish ‘justice’. If we look at it historically, it is not a new concept, and going back to the French Revolution, mass guillotine took place during the ‘Reign of Terror’ of Robespierre. The word ‘lynching’ was introduced in the United States. It refers to the extra-judicial mass killings of African-Americans in the 18th century, where authority was assumed by private individuals.

Lynching has a long history in India: in the ancient and medieval ages, single women were lynched as ‘witches’. This practice of witch-hunting has long been practiced where women were made scapegoats to be burned so that the evil of society may disperse. NCRB reported in 2016 that 2200 cases of witch-hunting were registered between 2000 to 2015 alone. Most of the victims belonged to either the Scheduled Castes or the Scheduled Tribes. The upper castes have been blaming Dalits and killing them in mob violence for centuries. The Una case of 2016 in Gujarat, brought to light, how a Dalit youth was publically flogged, by Gau Rakshak Dals.

In modern India, there exist mob killings with a rapid escalation in the cases during the past decade. Majority of these cases highlight that victims are from a minority community. However, this is not to say that instances of upper caste lynchings have not taken place, but religion/caste is seldom a reason for these. Usually, it is due to some conflict between members of the same communities or due to the spread of fake news. In the April of 2020, a petrifying incident took place in Palghar, where two Sadhus and their driver were ruthlessly beaten and killed by an outrageous mob amidst a Whatsapp rumor that thieves were roaming around freely around the village. The negligence and inability of the mob to address this issue to law governing authorities and taking action themselves is nothing short of barbarism.

The idea behind committing this crime is to award an instant punishment by taking the law into their own hands by a group of people who become the law, judge, and executioner themselves. This might reflect a lack of trust in the authorities though not necessarily, as often it is seen that these killings take place at the zenith of hatred for a particular religion, caste, tribe, or gender. There have been multiple reasons behind these lynchings. And, also accompanied by several justifications that are not only shocking but also spine chilling. Post-2014, there has been a dreadful rise in the cases of mob lynching. Specifically, those of Muslims in the name of cow vigilantism to an extent where 98% of cow-related lynchings, took place after 2014. This has risen eyes towards the BJP-RSS nexus, who initially denied the occurrence of the same, and later adopted the narrative of mob killing being a problem of ‘law and order’, having nothing to do with the rights of minorities. The numbers prove otherwise.

One of the most shocking killings was that of Tabrez Ansari in 2019. Where even after a video of him being tied to a poll was released, the police refused to lodge an FIR against the perpetrators. With other incidents, in this case, the victim was being forced to chant “Jai Shri Ram” which has been turned into a war cry in recent times. What one fails to understand is the link between hailing Ram and at the same time indulging in such a heinous crime! In the video, he could be seen begging for his life and the mob mercilessly beating him up. The police refused to let his family get him treated properly because they accused him of being a thief. After a few days, he passed away, and the record read that his death was due to cardiac arrest. This enraged the people in the country, took to the streets and demanded justice for Tabrez, who was wronged by the mob, and the judicial system.

The most disheartening factor is that even if the accused is arrested, they are charged with murder, under various sections of the IPC, as there is no law specific to lynching, and mob killing that exists in India. The rights guaranteed under the Constitution, IPC, and The Protection of Human Rights Act, 1993 are some of the laws under which the accused can be charged for lynching. Mob killing is ceremonial. It does not just kill a person, it also takes away their dignity in death as well as it sends an awful message towards the victim’s entire community, that if they try to breach the line drawn by the majority, this would be their end too. The situation is so dire that the NCRB does not hold any official statistics on these mob murders, and there is no official data of the government whatsoever that would look into the same. This is not just murder but a different category of crime altogether, which needs to have a law in its name

In 2018, Tehseen S. Poonawala and others V/S Union of India, the 3 Judge bench of the Supreme Court, recommended the enactment of a law dealing with mob lynching specifically. It held that no one should take the law into their own hands in the name of the “shallow spirit of judgment”. The court recommended the same by giving specific guidelines on preventive, corrective, and punitive measures. However, the seeds of this recommendation have not borne fruits yet, and the lack of a national law to deal with the menace of mobocracy is still prevalent.