The Menace Of No Intern Protection Laws And Policy In India 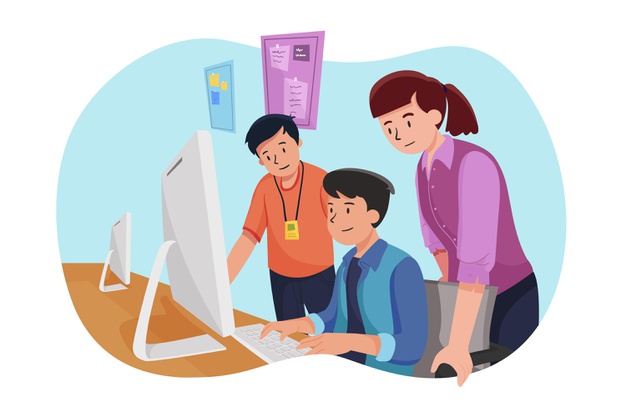 Internships are the best bridge between organizations and students who need to develop skills and experience at their foundation. The internship demand has increased a lot in recent times, but what happens in India is that the bridge doesn’t regulate systematically and has become a fiery pit of hell for interns as organizations take undue advantage of this loophole.

Juniors and interns are left behind in the corporate world, making them the marginalized and high populated members of this system. Due to no statutory or judicial laws, Indian internship firms are the hub for exploitation now.

In the struggle to get job experience or internship, the majority of legal interns go through physical and mental exploitation by their seniors and in worst cases, they get sexually abused too. Unpaid internships are for the privileged ones, but what about students or people who require money to pay and live their basic life? The government doesn’t protect such unprivileged marginalized interns of the corporate world.

Laboni Mahanta, a student at JNU University, through LiveWire wrote, “It is very difficult or almost impossible for students from lower-middle-class backgrounds to settle far away from home for unpaid internships. This leaves many eligible students inexperienced at the professional level, thus making them less eligible for future job application”.

In countries like the UK and the US, interns are provided with the protection and facility like the employee legal laws in India, irrespective of it being paid or unpaid.

Diva Rai in her article states that “The scope of the Minimum wages Act, 1948; The Employee’s Compensation Act, 1923; Industrial Disputes Act, 1947; Payment of Wages Act, 1936 or the Payment of Bonus Act, 1964 does not include the rights of a legal intern making them susceptible to mental and economic exploitation.

The Ministry of Labor and Employment on 22nd September 2014 via a notification, specified the minimum rate of stipend per month payable to ‘Trade Apprentices’. Though the concept of an internship is similar to that of apprenticeship, the Apprentice Act, 1961 makes it amply clear that legal interns cannot be treated as an apprentice under the ambit of the Act rendering them unprotected and unrecognized in the legal society".

'Demand and Supply is the major reason why most internships in India are unpaid. In a recent All India Council for Technical Education (AICTE) report, it’s estimated that there's high demand in this area around 85%. On the other hand, India is the largest producer of undergraduate and graduate students and among that only 47% of them are employable.

Skills, talent, experience, and various other things make a student employable and it’s only possible if they get to learn from internships and programs which these exploitative organizations don’t do. They want to get the job done without telling them how to do that job properly.

The best irony is that nowadays organizations need students to have various experiences during the internship itself. Isn't an internship the platform to learn? Now there is no difference left between an internship and a proper job application. They want a ready-made professional person for their job making internship the worst because they are legally not protected and are left unpaid most of the time.

Surat Saravanan, a programmed officer at the DDST Centre for Policy Research, IISc says, "These issues stem from a paucity of universal guidelines for conducting or facilitating internships in India. There is also a need for transparency on how internships are advertised. In many cases, recruiters mislead students as to the remuneration and work involved during an internship, and there is really no way for a student to assess the credibility of such claims before signing up. In addition, only 60% of students are aware of the government’s internship schemes, stoking further concerns regarding their outreach and advertisement".

If an organization provides unpaid internships, they should make it clear legally on their terms of not giving money rather than training properly. An unpaid internship is meaningful if people learn and enhance.

Talking on the other side of this war, many students want free and effortless money and some run for experience and in both cases they lose because their resume adds up with nothing less than trash. Many are unaware of basic laws, don’t read the contract before signing, don’t check the background of the company, and don’t care if the organization’s expectations meet up. Either money blinds them or their greed to fill resumes and get experience make them vulnerable to exploitations during the internship.

National Education Policy, 2020 along with Rule 25 of Schedule III BCI Rules is newly released which mandates hand on experience on vocational subjects like law though they did not specify under which institution a law student should pursue their internship.

Labour and Internship in various terms like culture, protection and right don't go equally in India and to overcome that we need proper internship protection and right laws in details keeping equality in terms of wage, allowances, compensation, protection, workspace environment regulation, and opportunities irrespective of student's personal background.

"In today’s world of cut-throat competition, internships are more necessary than ever: not only for courses that make internships mandatory but for all students, to stay ahead of the game. Everyone has work experience, and one cannot turn one’s back on internships because they are unsatisfactory. Right now, the state of internships is like the state of consumers before good consumer laws were passed: “If you don’t like a product, don’t buy it.” Volunteering and internships at start-ups will have their limitations, of course, but internships in big corporate houses need not be unregulated", stated one of the articles in Internshala Blog.