The Mental Health Crisis in GB 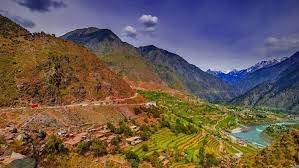 The recent suicide of a 17-year-old in Chitral highlighted the mental health emergency in Gilgit-Baltistan. According to the current study conducted by the Prevention of Suicides in Gilgit Baltistan, the number of reported suicide cases this year so far are twice as high as last year’s numbers. This alarming situation needs to be adequately addressed by the concerned authorities. Seventy-nine percent of the suicide cases reported in this area are of young people and people of early middle age. The number of men and women in these cases is almost the same.

In 2022, 19 cases of suicide have been reported. These facts are disturbing, and the numbers are staggering, keeping in mind that these are just the reported cases. The stigma attached to writing this act of extreme self-harm suggests that the actual number may be much higher. Most of these cases of suicide are mostly wrongly treated and are recorded as accidents or murders.

The district that reported the highest number of suicides is Ghiser district. Four hundred fifty cases were reported in the Ghiser district, home to 170,000, in less than a decade. This is a bleak reality of a land that is a tourist attraction with its beautiful mountainous regions and rich culture, but the state has been neglected in the past. It is now termed the “Suicide Capital” of the country. The status of GB as neither a province nor an independent locale does not help the case either.

There is a multitude of reasons that are making people take this drastic step. These include a lack of job opportunities, academic pressure, poverty, and an intergenerational communication gap. The University of Peshawar conducted a study that focused on these factors and others. Chitral and surrounding regions were the primary focus of this study.

Mental health is natural, and society needs to be aware of its serious repercussions. In Pakistan’s more developed areas, mental health is not taken seriously and is poorly understood. The sites like Gilgit-Baltistan are much more behind in this manner.

Suicide is not divided by geography. The shame culture associated with mental health issues is one of the prime reasons why an individual suffering from a mental health disorder cannot get professional help. According to the World Health Organization, every 40 seconds, one person commits suicide, while in Pakistan, 15 to 34 people commit suicide daily. In GB, a study showed that 20 people, on average in a year, die by committing suicide. The age bracket of these is between 15 to 29 years old.

It is high time a mental health emergency needs to be declared across Gilgit-Baltistan and surrounding regions. The two researchers, Aziz Ahmad and Sultan Rahim Barcha collated the data regarding the study conducted in GB. They concluded that the increasing number of suicides is taking a long-lasting toll on the people of this region. This is worsening the situation even more. The young generations are a precious asset and the future of this world. We need to eliminate the taboos associated with suicide and mental disorders. There need to be open and transparent discussions over this and the community news to participate collectively—the patterns and causes leading towards this need to be recognized early.

The Government of GB is implementing a strategy to curb the rising rates of suicides. This strategy includes weekly counseling sessions in schools and colleges that will be socio-psychological. The prime objective of these counseling sessions is to highlight the importance of mental health and to have a safe space to discuss these issues. It is a multi-fold strategy. All the Commissioners, Deputy Commissioners, and Assistant Commissioners have been assigned the duty to create teams comprised of mental health officials and paramedical staff to address the root of these suicide cases and how they can be controlled and avoided in the future.

Hopefully, shortly, we will see a different reality of the people of Gilgit-Baltistan than we see now. The young generation needs to feel safe and understood. They need to have a safe space where their grievances are appropriately addressed. Mental health is a serious issue, and the early society recognizes this, the better it is. Otherwise, we would look at much darker statistics than we have now.