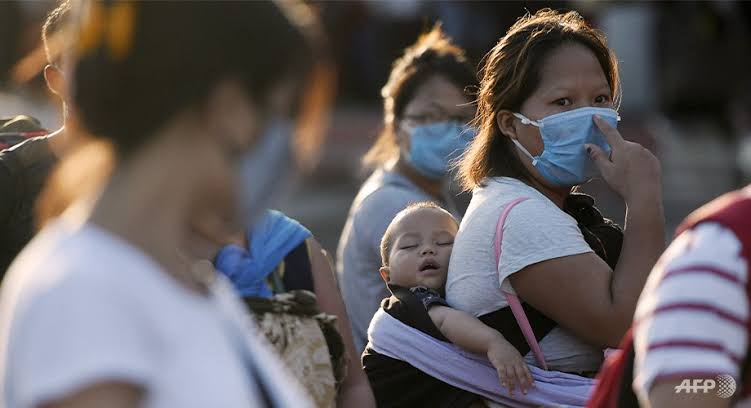 In every society, the most tragic brunt of a calamity is experienced by women. With exploitative work environments to violence at home, vulnerabilities that lie within this vast spectrum are numerous. And the COVID-19 outbreak was no different in highlighting the unguarded reality of the women community.

The number of women likely to lose their jobs post-pandemic is 7 times greater than that of men and women are 11 times more prone to not return to their work after the lockdown, as compared to their male counterparts. Surprisingly, ‘The Gendered Impact of Covid-19 Pandemic On India’s LabourMarket’ Report pointed out that women with higher education were less supported to return to work than those with lower levels of education. It was the contrary for men.

Due to the pandemic, India is clutched with a looming economic crisis, resulting in a significant dip in GDP growth and Industrial output. These scarce economic opportunities have resulted in fewer jobs, and as is evident from multiple examples, when the resources are few, they tend to flow towards men.

Before the pandemic, 10% of working-age women were employed, but only 53% of them remained employed or returned to work by August-September 2020 when the lockdown was lifted. This shows a clear trajectory of how almost 50% of women were rendered jobless due to the pandemic. At the same time, the percentage of working men returning to the job market was a whopping 88%.

This trend of “economic necessity” emerges from the stereotype that men are more fit to work and that they have familiesdependent on them.

This does not take into account how single women work to provide for their parents, single mothers for their kids, and households where the primary source of income comes from the labor of women.

In place of this, it was a notable trend that married men were most likely to return to work, whereas married women were the least likely to work again. There was an additional problem for women to work from home due to a changing environment, coupled with the increase, in domestic work burden.

Due to losing their jobs, the most sought-after opportunity to fall back on was self-employment, which was undertaken by men. But women did not have this option due to societal norms leading to a lack of resources for women specifically to work for themselves. The financial institutions, to provide financial assistance need a mortgage, and women in our society seldom have property or other assets in their name.

Hence, men become the more chosen ones to provide financial help by institutions. Another facet of the pandemic which affected women’s safety more severely was domestic violence. As the demand for essential services increased, domestic violence shelters and helplines exhausted capacity, leading to women being subjected to violence without recourse.

In some countries, resources and efforts have been diverted from violence against women response programs towards immediate COVID relief. UN Women and United Nations entities launched a ‘Shadow Pandemic Public Awareness Campaign’, which is a video narrated by actor, Kate Winslet. It highlights the alarming upsurge in domestic violence during COVID-19. It urges people to support women if they suspect that someone is experiencing violence.

There was a massive increase in calls to domestic violence helplines in many countries since the outbreak. This increase has led to the conclusion that sexual harassment and other forms of violence against women continue to occur on streets, in public spaces, and online.

According to the Centre for Global Development, trends in violence against women and children through various stages have given the following results:

80% of papers find exclusive evidence of increased violence, which was in a higher proportion during the pandemic than in previous roundups

The most protective factor for women and children was higher education level for either wife or husband and the woman’s employment.

A study of Bolivia showed that a youth empowerment program decreased multiple types of violence experienced by adolescent girls, but this critically needs more evidence as to the trend, which might be reversed in some countries.

Studies in Jordan suggest that self-reported violence against women increased four times during the pandemic whereas China showed a more severe 278% increase in police calls for domestic violence.

As D.H Lawrence implied in ‘Sons and Lovers’ that when men are more prone to abuse at the workplace and there is uncertainty related to work, they channelize that frustration and anger on their wives at home. This trend that was noticed, in men working in mines, who were subjected to racism can be seen in the 21st century. We are witnessing women being subjected to violence as they become an easy target for men due to their gender, to release the horrors of their workplace.

Women have to bear the brunt of increased uncertainty in their jobs, an insurmountable increase in household work, and worst of all in their increased vulnerability to physical violence. All of these put together have resulted in the worsening of the mental health condition of women. With mentions of anxiety and depression still being taboo in our society, for women to take medical help becomes even more difficult.

Mental illness is often associated with a person being “mad” and hence, women are not encouraged to seek help as it would make them less desirable for matrimony and other purposes. It is on the society as a whole to de-stigmatize the notions associated with mental illnesses and provide resources to people in general and women in particular.

There is a need for stringent laws to deal with violence against women, and employers need to be held accountable for gender-based biases. However, in the longer run, it is society that has to be transformed to accommodate the needs and necessary rights of women. As MK Gandhi said, no society can truly be liberated, without educating women, and we are bound to lag if 50% of our population is continuously suppressed and left helpless.