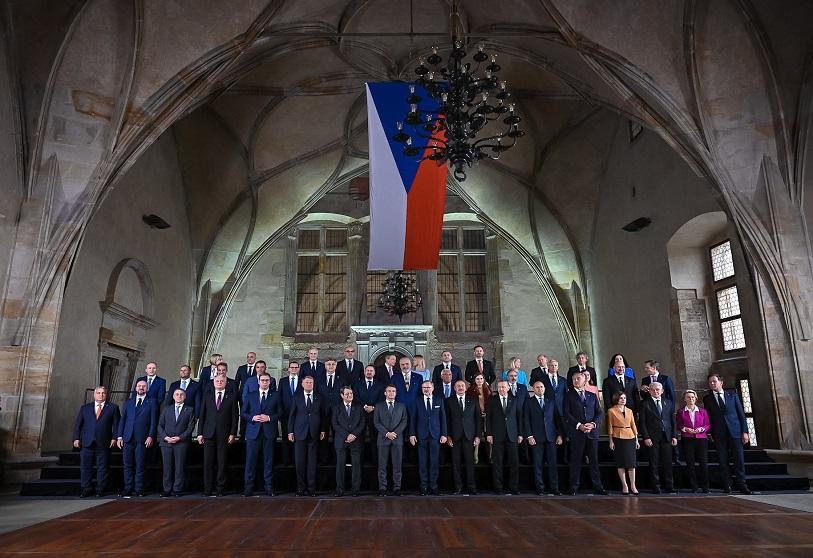 On October 6 and 7, two meetings took place in Prague, which saw the participation of 43 leaders of the European Union and non-EU key partners. These were the first meetings organized under a new format, the European Political Community (EPC). This new EU tool, suggested by French President Emmanuel Macron in May 2022 and supported some days later by the President of the European Council, Charles Michel, aims to enhance the EU’s political coordination on issues of common interest. This new platform is not limited to EU leaders; it is open to other key players outside of it.

The creation of another coordination mechanism reflects the new needs that arose after the war in Ukraine broke out in February and the indirect acknowledgment that the EU is taking a dangerous path towards disunity that, in the long run, could prove detrimental to the existence of the union itself. The EU needs to enhance its coordination mechanism as the ongoing war in Ukraine does not show signs of de-escalation.

Several problems have arisen for the EU member states in the past few months, especially issues related to energy security. Currently, the hottest topic is the gas price cap, which sharply divides many EU members. The price cap is needed to curb the unregulated increase in energy prices due to the uncontrolled speculation triggered by the war after the sharp decrease in Russian gas supplies. Also, Ukraine’s future role in the European family has been discussed, as the war will reshape the geopolitical landscape, making the war-ravaged country the new European outpost against Russia.

Therefore, the EPC’s main aim would be to provide new entries (Ukraine, Moldova, and Georgia, although the latter has not been granted candidate status yet) with a stable and reliable framework to boost their integration into the European family. This will accentuate the existing divide with Russia and the subsequent geopolitical shift from the traditional Russian near-abroad sphere of influence. The main point is that, before the war in Ukraine, these border countries could opt for a position between the EU and Russia. The war radically changes the continent's geopolitical space, pushing these countries towards a clear choice: Russia or Europe.

Moreover, the EPC aims to involve those European countries that are not formally part of the European Union. Among them are oil-rich Norway, Switzerland, Turkey, Armenia, and Azerbaijan. Also included is the UK, currently engaged in its Brexit activities with the new Prime Minister Liz Truss and whose strategic and economic role remains essential for the EU.

While the total ban on Russian gas purchases has been set for December 5 in the EU, new sanctions have been approved recently at Russia’s expense. As reported by Blomberg, on October 5, the EU proposed a new package aiming to ban Russian oil transport to third countries beyond a pre-determined price cap. This new measure will also apply to legal and engineering services and IT.

The Polish ambassador to the EU, Andrzej Sados, and the President of the European Commission, Ursula von der Leyen, confirmed the new measure with a specific dose of enthusiasm as it will prevent the circumvention of sanctions by Russia. In her Twitter account, von der Leyen said, " I welcome the Member States’ agreement today on the 8th sanctions package. We have moved quickly and decisively. We will never accept Putin’s sham referenda or any kind of annexation in Ukraine. We are determined to continue making the Kremlin pay.”

This new platform, the European Political Community, pointed out by Hans Kribbe and Luuk van Middelaar in their analysis for Politico, is not about policy but politics. The goal is not to issue new policies and measures but to convey a consistent political message to Russia. This message is about unity, especially after the energy crisis triggered by the war and subsequent sanctions exposed some rifts in the European family. The meeting aimed to reassure Europe, the world, and, most importantly, Russia that Europe was still united and ready to face the new war-borne challenges. This message is, theoretically, strengthened and confirmed by the presence of countries like Turkey, Armenia, and Azerbaijan. The last two, as known, are currently engaged in a new offensive in Karabakh.

The new, relevant factor is that Armenia’s longstanding ally, Russia, engaged in a peacekeeping mission in the region since the 2020 agreement, is not showing the traditional supportive stance. This creates new worries for Armenia and leaves more margin of action for the European Union's mediating activities.Whatever the reason for this change, the fact remains that this could be a unique opportunity for Europe to strengthen its relations with these liminal states, undermining Moscow’s traditional presence in the area. Unlike Ukraine and Moldova, whose geographical placement demands a clear position, for Armenia, it will be more of a question of strategic partnership on all levels.

The main message conveyed through the EPC is, therefore, the message of a strong team whose ties are unshakeable and reliable. A family where new potential future members will discover what the Big Bear could not provide them all these years.

Whether this family is united or whether it is just a desperate attempt to conceal its internal disunity, only time will show in practice. Currently, the controversial approach adopted by Hungary and Poland in their domestic policies is taking a toll on EU unity and common goals. Having two members in the heart of Europe operating against the rule of law is a severe impediment to realizing the European dream. Future events will shed light on this. One of these is the upcoming Council, where the gas price cap among the EU members will be discussed.

Since this is a highly contentious issue that has been approached differently by various EU member states, its resolution will help determine whether the EPC will be an effective tool or just another empty box. At least a positive note is that the venue for the 2023 EPC meeting has already been chosen: Chisinau, the capital city of Moldova. A self-explanatory choice for those who can read behind the lines given the country's geographical position in between the EU and Russia.