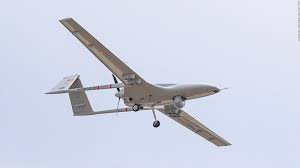 The world’s eyes have been firmly set on the brutal Russian war on Ukraine for good reason; the conflict is spiraling into its fourth month and it threatens the stability of the whole global economy. However, the war on Ukraine has significantly diverted attention from Ethiopia's military offensive on its own region of Tigray. The Ethiopian conflict remains the deadliest ongoing war in the world, researchers from Ghent University have estimated as many as 500,000 are dead as a result of the conflict.

Why has the Ethiopian war not received the same rigorous attention that the Ukrainian one has in Western media? The old culprit of Eurocentrism is an obvious answer. However, a darker truth persists; the Ethiopian government that stands accused of war crimes has been supplied by Turkey. Turkey is a key member of the NATO alliance that prides itself on maintaining “democratic values.”

The conflict started when Ethiopian Prime Minister, Abiy Ahmed, ordered a military offensive against a Northern province in Ethiopia called Tigray. Tigray is governed by the Tigray People’s Liberation Front (TPLF), a left-wing nationalist movement that governed Ethiopia from 1991 to 2018. Abiy was appointed to power, following mass outrage and popular protests against the ruling TPLF. Abiy went on to receive the Nobel Peace Prize in 2019, however, he also quickly consolidated his own power and alienated the TPLF. Abiy launched a full-on invasion of Tigray in November of 2020 following disagreements with the TPLF over local elections and accusations that TPLF had conducted raids aimed at federal army bases.

This offensive was supplemented by Eritrean troops and featured unspeakable war crimes. An Amnesty International Report concluded that Ethiopian federal troops and Eritrean troops had entered the town of Axum and massacred hundreds of civilians. This appalling crime against humanity is reminiscent of Russian extrajudicial murders in Bucha.

The TPLF had initially fared quite well on the battlefield. They were not only able to defend Tigray but they were able to push back Ethiopian forces into retreat. However, Ethiopian forces have now managed to turn the tides of the war largely due to Turkish drones.

Drones have been crucial in Abiy’s strategy, the TPLF does not possess any drones, giving the Ethiopian government a clear asymmetrical advantage. The Ethiopian government also possesses Chinese drones that are built for commercial and business purposes but have been repurposed by the national police and unarmed Israeli drones. Near the end of 2021, the Abiy government began to invest in massive quantities of Turkish drones. Turkish sales of military equipment climbed to $95 million in the first 11 months of 2021. 2020 records show virtually no exports of Turkish military equipment to Ethiopia.

Chief among Turkish exports is the MAM-L weapon system. The MAM-L is a ‘Smart Micro Munition’ that can be used by drones and other UAVs to penetrate tanks and other heavy armor with high degrees of accuracy. The MAM-L system must be fitted onto the TB-2, which is a Turkish-made drone.

Using open-source intelligence, The Washington Post, reported that it was the MAM-L weaponry that was used in a drone attack on the Dedebit refugee camp in Tigray where 59 people were killed. Most of the victims were women, children, or elderly men. These people were fleeing a conflict, not participating in it.

Roketsan, the Turkish defense contractor that produces the MAM-L munition, declined comment when asked by the Washington Post about this strike on Dedebit. As of writing, the Roketsan website section titled ‘Ethical Principles' is a dead link and will send the user a 404 Not Found message. Reality is greatly outpacing satire.

Turkish drones are breaking into a market that had been previously dominated by Chinese, American, and Israeli manufacturers. United States officials have been uncomfortable with the pace at which Turkish drones have made their way into vast numbers of war zones around the world. Turkish drones became key in the ongoing Nagorno-Karabakh territorial conflict between Armenia and Azerbaijan.

Turkish opposition to Swedish and Finnish NATO membership does present a wrinkle in this equation. If Turkey is successful in stopping the bids of the two Scandinavian countries, perhaps the United States will begin to raise the issue of Turkish drone sales as a means of subtly disciplining the NATO ally.

Ethiopia threatens to fall into even greater chaos as the government turns its eyes from Tigray to the Amhara region. Amhara had been a regional ally of the government against Tigray. However, the mass arrests of 4,000 in Amhara seem to show that Abiy is worried about regions beginning to govern autonomously. This raises the question of how far Turkey will go to support Abiy. Will cheap and efficient Turkish drones continue to spill into Ethiopia if the government embroils itself in a conflict with Amhara as well as Tigray?

Regardless of how far Turkey is willing to go in Ethiopia, it has become clear that Ankara views the production of cheap and efficient drones as an essential part of their rise to regional power. Cheap drones become used as a currency for Turkey to tie a country into their sphere of influence, this practice is similar to how America uses F-35 sales.

Cheap and efficient drones have already changed warfare and they will continue to shape the outcome of the war in Ethiopia. Unless the TPLF finds a way to counter drone warfare, the aerial dominance by the government over TPLF means that the Abiy government will continue to preside over a powder keg of a country that is beginning to split along ethnic lines. A terrible situation for human dignity and the prospect of peace in Ethiopia. A great situation for those in Ankara profiting through drone sales.

Turkey Has A New Disinformation Law In Place – Is It Safe For Democracy?