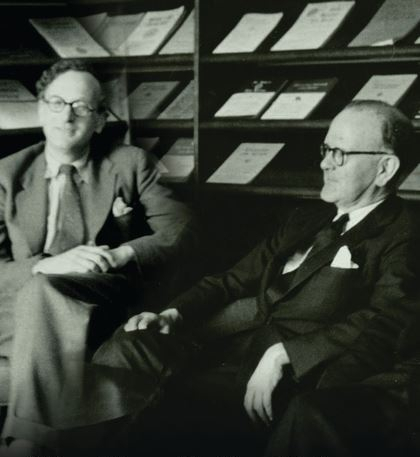 The post-World war discourse analysis on the theory of the Nazi regime germinated over decades. The World wars illustrated the destruction of humanity at various levels. Gustav Radbruch's work on Statutory Lawlessness elaborates the Nazi rule in Germany. Essentially, the positivism law was supposed to be a legitimate Hitler rule. But, due to its defeat, the theory was criticized by many scholars. Radbruch is also one of them who challenged this notion and argued that positive law is not absolute. In association with the Radbrunch work on the concept of Statutory Lawlessness in the grudge-informer case of Lon Fuller. This article will analyze the Radbruch idea in the Natural school of thought with Legal Positivism in National socialism. The defeat of the Nazi regime in Germany was shocking for the world. According to Radbruch, the Nazi regime had a legal positivism approach toward the state and the legal system. It led to the chaotic situation of statutory lawlessness in the country. The grudge-informer case is one of the examples of statutory lawlessness. In my opinion, the Purple Shirt regime was a party which regulated all the law and the legal system in the country. Even the deputies were more or less trying to convey a single argument that there were laws in the state. But, ordinary human life went on in the situation of lawlessness due to the terror. Statutory lawlessness is the state in which a law or statutes prevail in the country, but it is still lawless.

The deputy, convinced by one factor that the regime of Purple Shirt, is more or less produced within a Statutory lawlessness state. It clearly explains that it was in the hands of the government to decide what will the law be applicable in an exceptional situation. The Nazi regime was following Positivism toward statutory lawlessness. Radbruch believed in natural law and wanted to establish humanitarian theories in the legal system. In the grudge-informer case, the second deputy, the state was a lawless society. Moreover, in a state of war where the grudge- informers were a part of that phase. However, my interpretation of Radbruch’s study observed the Nazi regime having a situation of statutory lawlessness, even in the Purple Shirt regime was the same situation of statutory lawlessness. It could imply that the third deputy said they were holding laws in the society that were not lawless but uncertain and not stable.

Radbruch believed that there is a difference between statutory law and supra statutory. For laws to be proven indispensable, they must be examined by several supra-statutory situations. Unless Positivism could lead to implicitly unacceptable judgments. Law of reason, natural law, and divine law were all components of these supra statutory principles. It could together be called fundamental civil and human rights. The factor of equality and justice is missing in the entire concept of Legal Positivism. In the grudge-in-former case, after the defeat of the Purple Shirt, the accused informer is to be punished by the new judiciary system to give the judge. There was an identical situation after the defeat of the Nazi regime. If the Radbruch theory was implemented, then the grudge-informer should be left alone. Even the first and second deputies mention that “let bygones be bygones” because later there will be grudges which will lead to something like the Nazi regime. Even the natural law observes concerning the humanitarian right. The situation was different then, and the outcome of that situation is the defeat of Germany. The reason why positivism law failed was due to no trial for justice. Equality, the gist of justice, is intentionally revealed in the issuance of positive law. It lacked the very nature of law including positive law. Otherwise, positive law is defined as a system and an institution whose intent is to serve justice. Measured by this standard, whole portions of National Socialist law never attained the dignity of law. However, in the grudge-informer case accused should not be penalized because of the lawless nature of the State of nature.

In the Nazi regime, the law was omitted due to the nature of Legal Positivism. The State's legal system lacked in Statutory Lawlessness. There was a threat to the legal system, which can lead to the destruction of humanity, as it happened under the dictatorship of Nazi Germany. My interpretation observed that not every judge acting on his initiative should be allowed to invalidate statutes or law. However, rather it should be the responsibility assigned to a higher court. Even the legislature must not have the right to intervene in judicial justice. Also, there must not be the slightest possibility for sacrifice in the legal system. For instance, the fifth deputy presented their opinion about leaving this grudge-informer case as it is. However, it must be in the hands of the public prosecutors. The above argument does not originate sense for the legal system. The judiciary must study the obstacle. Here the fifth deputy providing a doubtful solution without even understanding the issue. The argument presented to transmit the problem as it will be the best decision. The entire essence of the judiciary and legal system becomes problematic of the statement on the fifth deputy.

In the conclusion, Radbruch is against Statutory lawlessness and in support of supra statutory law. It is believed that supra statutory law was an important reference in the case of Statutory lawless. Here, I would like to argue that it is impossible to install the Natural school of thought concept in the Nazi regime because the situation was distinctive in Germany. One of the deputies suggested that it would be difficult for the Purple Shirt party to establish rules. The people were going against even in the Nazi Germany situations. They had to form a legitimate Rule for the establishment of national security in Germany. Therefore, implying natural phenomena is not applicable in this situation. National security was the prime principle in Nazi Germany. Whoever threatens the country, they were punished or executed. However, the informers were accomplishing the work for the government to preserve the country. Therefore, statutory lawlessness was necessary for the Nazi regime alone without Human affection, which is the supra statutory law.